Kylie Jenner showed the decoration of a private jet for $72 million - yuetu.info 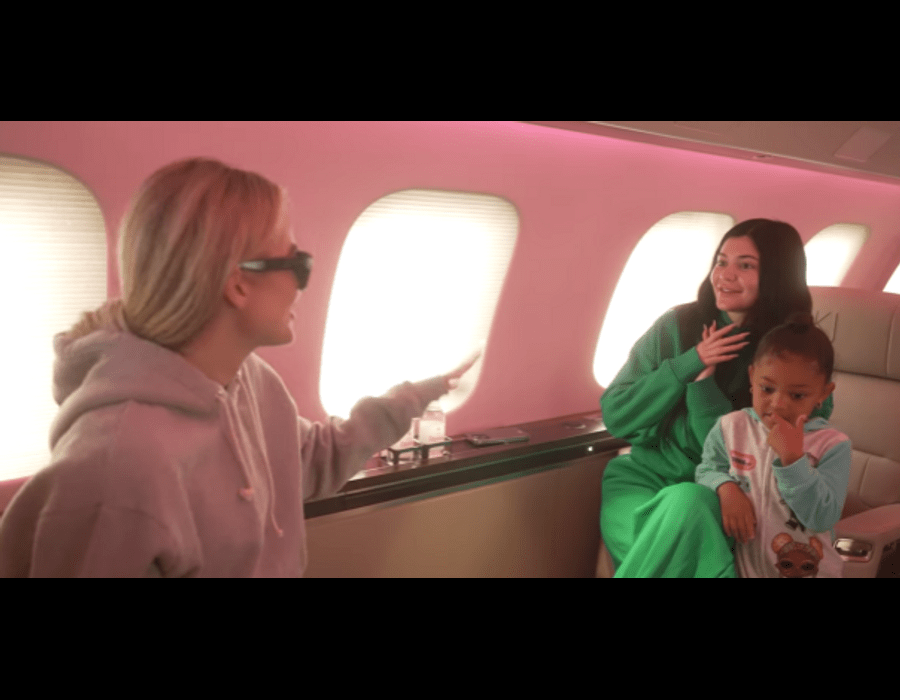 Kylie Jenner filmed the interior of a private business jet for $72 million.

The younger sister of TV star Kim Kardashian, 24-year-old businesswoman Kylie Jenner showed fans the decoration of her private jet in pink in a new video. The celebrity posted the video on her YouTube channel.

During the flight from Los Angeles to New York, the celebrity showed fans the design of a business jet – the footage shows that the interior is made of white leather and trimmed with wood inserts. In addition, Jenner filmed various accessories and decor elements on video. For example, each beige chair has a $ 1,600 Hermes cashmere blanket, and the head of the seats is decorated with the initials KJ.

The reality star brought with her daughter Stormy, a four- and three-month-old baby, as well as her sister Khloe, mother Chris Jenner, and Chris’ partner Corey Gamble.

The video shows them being pulled towards the jet, which has a stairway to the cabin illuminated by pink lights and a welcome mat reading “KYLIE.”