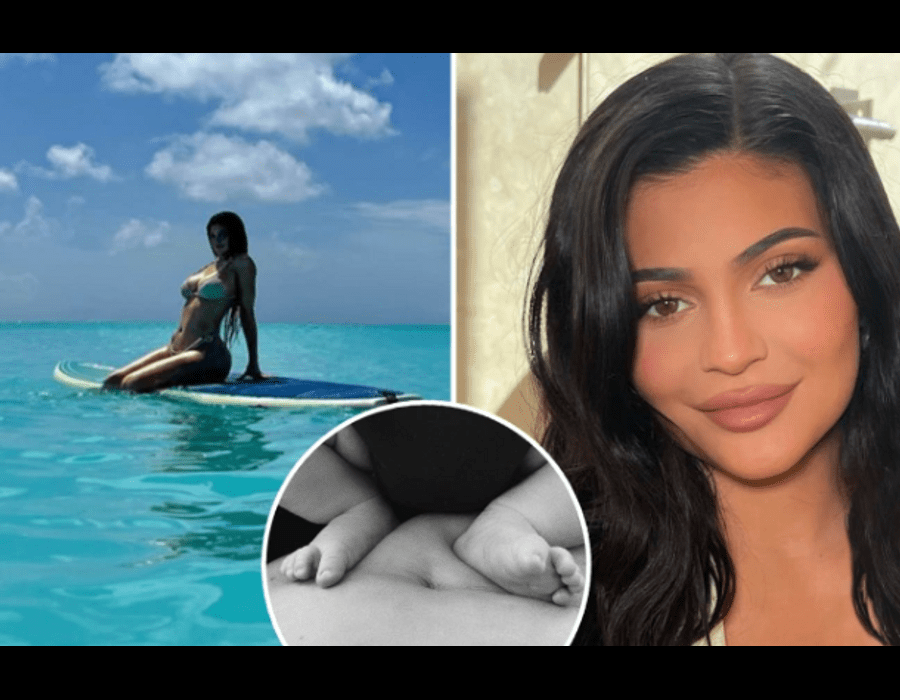 24-year-old Kylie Jenner posted a picture from her vacation on her personal blog. The picture shows the reality TV star and businesswoman sitting on a surfboard in the middle of the ocean. She is wearing a two-piece swimsuit with a triangular bodice. “Lucky girl,” she signed.

In the comments, Kylie’s subscribers noted how quickly she returned to form after her second birth.

On February 2, 2022, Kylie Jenner became a mother for the second time, having given birth to her son Wolfe with rapper Travis Scott. The couple started dating in 2017. In February 2018, they had a daughter, whom they named Stormy. In the fall of 2019, they broke up, and in the spring of 2021, they resumed their relationship.

Earlier, it reported that Kylie Jenner came to the annual ball of the Met Gala Costume Institute in the image of the rapper’s bride and was criticized for an unsuccessful outfit. Instead, Kylie Jenner appeared in the world in an Off-White wedding dress, which she complemented with a cap with a veil. Choosing the image of the rapper’s bride, the model probably wanted to hint at a future marriage with Travis Scott. About three months ago, the couple, who resumed their relationship after breaking up in 2019, welcomed their second child, son Wolf Webster.

Be that as it may, few people appreciated Jenner’s exit. “Kylie’s outfit has definitely topped the list of worst guest looks. With all due regard to the author of the archival outfit – Virgil Abloh.