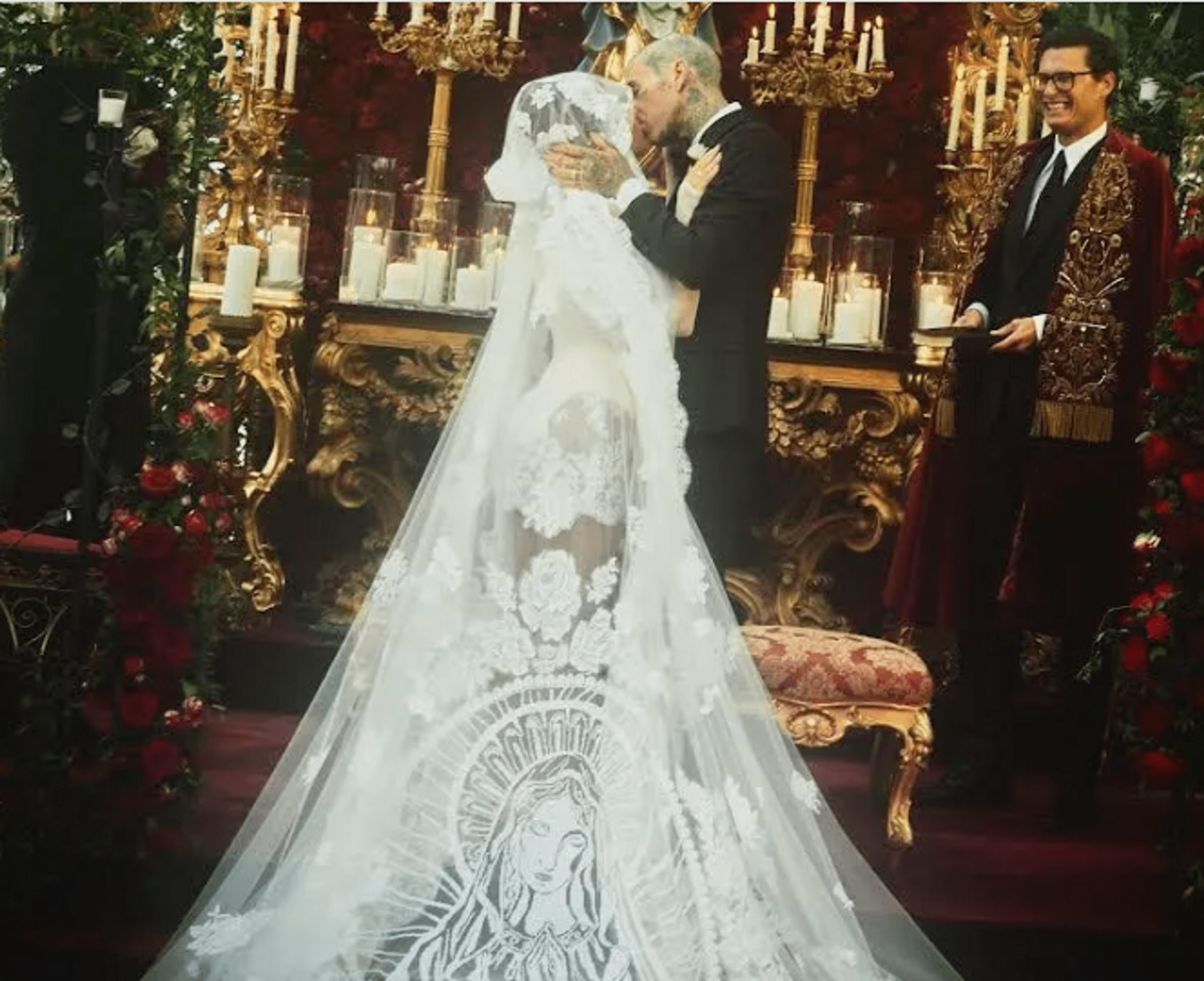 Kourtney Kardashian and Travis Barker‘s wedding was sponsored by Dolce & Gabbana. The Kardashian family knows firsthand how you can turn the happiest moments of your life into a profitable business proposition. So, the magnificent and long-awaited wedding of Kourtney Kardashian and Travis Barker was sponsored by luxury fashion house Dolce & Gabbana in a lucrative and exclusive deal. Members of the clan were repeatedly photographed in outfits from the famous brand ahead of the ceremony, which took place in the Italian seaside village of Portofino.

The unexpected transformation of the couple into bold looks against the idyllic backdrop of the Italian Riviera is sure to bring millions to the company, which has been criticized more than once in recent years. Even the natural wood boats that took guests to the picturesque harbor were furnished with accessories from Dolce & Gabbana, such as animal-print pillows and towels. The Italian house was directly involved in organizing all aspects of the magnificent wedding celebration, which has already been dubbed the main event of the year in the world of show business.

Moreover, Kourtney and the tattooed drummer from the band Blink-182 stayed on the superyacht Regina d’Italia, owned by Stefano Gabbana himself. Staff carrying black bags and briefcases emblazoned with the Dolce & Gabbana logo entered the medieval castle, which offers breathtaking views of Portofino harbor and the Mediterranean Sea. And three days ago, a Galleria d’Arte boutique opened in the market square near the harbor in Portofino, fueling public interest in the wedding. The store will be open for three months and will feature items from current collections aimed at promoting the brand to wealthy tourists who flock to the idyllic fishing village.