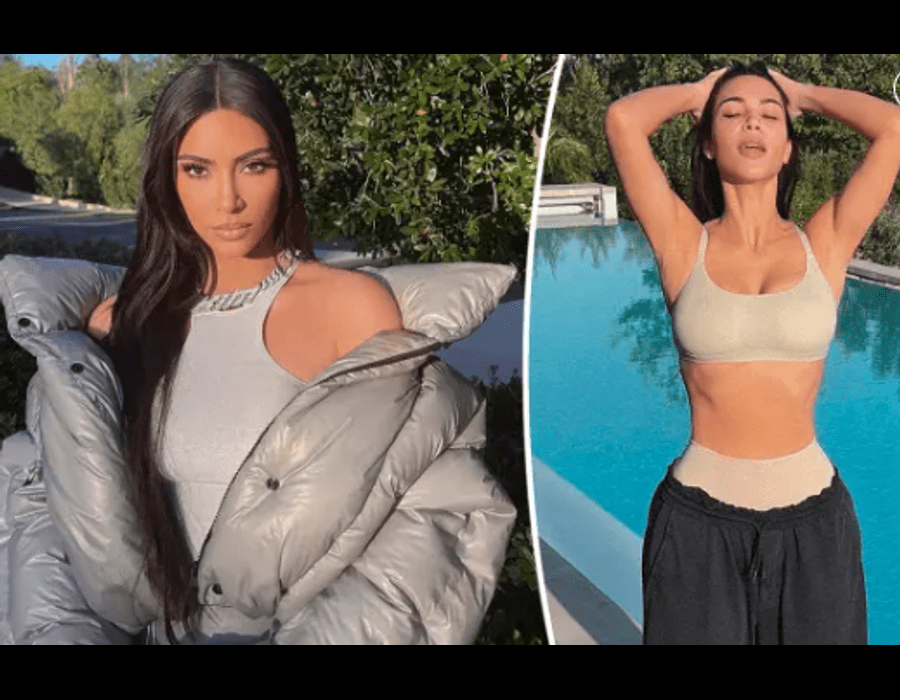 The star, in response, laughs at the accusations of commentators.

This is not the first time Kim Kardashian has been accused of photoshopped footage posted on social media. Fans have seen more than once that the mother of four children does not post photos without preliminary processing by retouchers. The other day, the 41-year-old model was again accused of over-correcting images – this time, the subscribers said that she was so carried away by the filters that she accidentally erased her own navel from the picture.

The Kardashians reality star posted another promotional shot on social media wearing a SKIMS lingerie set, posing in a bra and high-waisted panty shorts peeking out from under loose sweatpants, and almost immediately, a scandal erupted in the comments. Kim received a lot of the same type of comments: “Where is your navel?”, “Oh, it looks like you lost your navel,” “Let’s help Kim find her navel,” and soon, fans launched the viral hashtag #whereKimsBellyButton (#whereKimsBellyButton).

Kim usually keeps her cool, ignoring the hate of subscribers, but this situation pissed her off, and the star was outraged in the story: “Come on guys… Seriously? It’s so stupid! Do you really think I photoshopped my belly button?” “Uncertainty about the belly button? Well then, why don’t you head to skims.com to hide your saggy belly button with a gorgeous high waist lingerie set just like I did! Don’t thank!” — continued the star in the next frame.

Kim also released a live photo to convince users that photoshop had nothing to do with it, and on the same day, she shared pictures from the premiere of The Kardashians, in which she arrived in a seductive Thierry Mugler dress and the company of her boyfriend, Pete Davidson. One of the pictures shows that the star is not shy about fixing in public such minor incidents as a torn seam, clearly wanting to emphasize with this picture that nothing human is alien to her.