Kim Kardashian received a memorable gift - a strand of Marilyn Monroe herself - yuetu.info 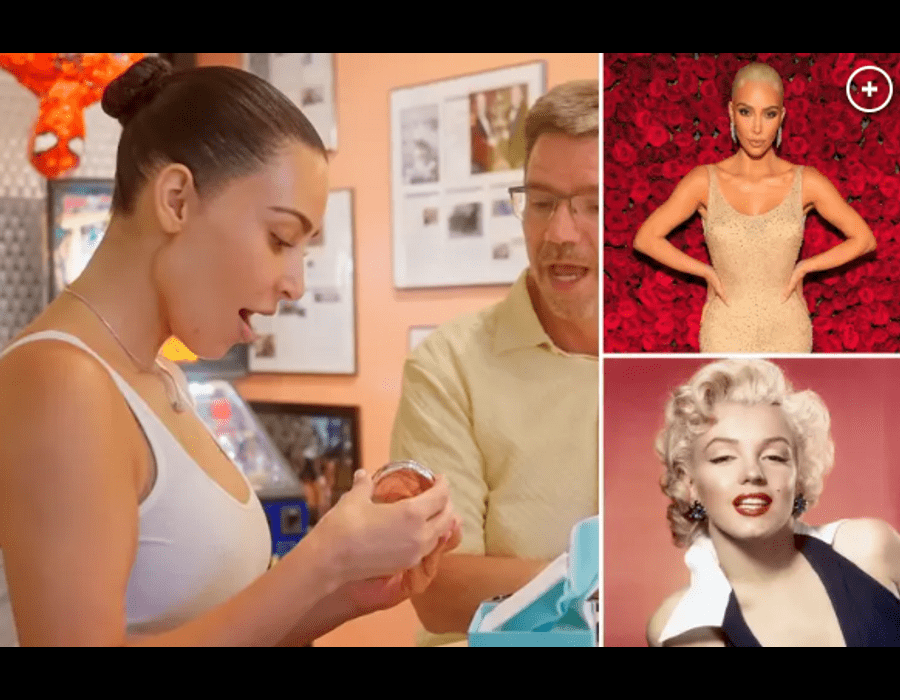 Kim Kardashian received a memorable gift – a strand of Marilyn Monroe herself.

At the annual Met Gala, TV personality Kim Kardashian did the near-impossible. She was lucky enough to try on the famous “naked dress” of Marilyn Monroe herself, which the actress wore to the celebration of the 45th birthday of John F. Kennedy in 1962. Now the icon of modern fashion is even closer to the legend of Hollywood because, before her high-profile entrance to the event, she received a special gift as a gift.

In anticipation of the high-profile event, the 41-year-old reality star visited the headquarters of the Ripley’s Believe It Or Not Museum, where she was presented with a silver box that contained the real lock of the most iconic platinum blonde in Hollywood history. Years later, it still shines and sparkles in the world, like its owner in life, who is known for her unique female energy. At first, Kim did not understand what kind of surprise she had in front of her eyes and asked the representative.

But when she discovered the truth, she could hardly contain her admiration, and the smile did not vanish from the face of the TV star. “Oh my God, I’m about to do some crazy voodoo stuff,” she joked as she hugged a touching gift from Ripley’s employees. After Kardashian added that now the curl will sleep with her, and then turned sweetly to Pete Davidson with the words: “Sorry baby. “

The Ripley’s team did a great job filling her Met Gala dressing room with the treasures of Marilyn Monroe and JFK as they inspired Kim every day. She became the only person in the world other than its owner to ever wear the iconic dress with an incredible story.