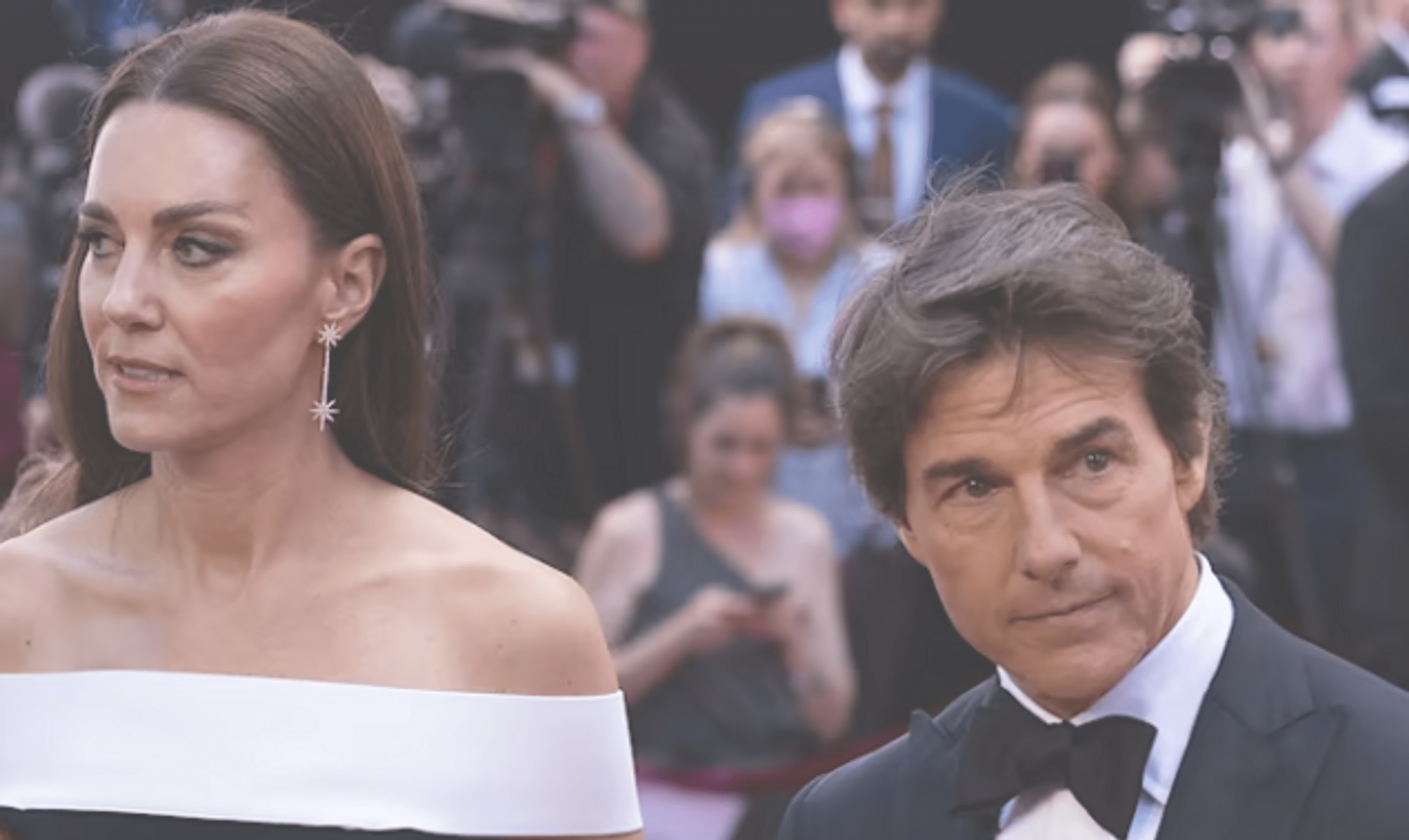 On May 19, Kate Middleton and Prince William attended the London Premiere of Top Gun Maverick starring Tom Cruise. Before the show, the dukes shone on the red carpet, where the actor personally accompanied them. And everything would be fine if not for one controversial moment between Cambridge and the movie star.

The next day, the British tabloids blazed the news that Tom Cruise had fundamentally violated royal protocol when he shook hands with Kate Middleton as she walked up the walkway. Tom just wanted to show respect to the woman, but his gentlemanly gesture was superfluous. However, the situation was gradually saved by the duchess herself.

That evening, Kate Middleton was wearing a fitted Roland Mouret dress and Prada heels, which made climbing stairs quite problematic. By the way, when Cruz gave Kate a hand, she kindly accepted this gesture. But fans immediately began to wonder if strangers were allowed to touch a royal family member. Indeed, it has long been a rule in the Kingdom that you can only shake hands with the queen if she herself offers it to you. Of course, the Cambridge knew about this but did not show it: when Tom Cruise released Kate, she quietly moved her clutch to the hand he was holding.

Therefore, when they got to the next flight of stairs, Tom could no longer offer her his help. Fans noted how gracefully and elegantly Kate Middleton handled the situation because Cruise’s oversight was almost imperceptible. Royal expert Omid Skobie commented on this situation and said that there are no specific rules in the crown about touching royal family members. “It depends more on what is acceptable in society or not. I think that there are a lot of things that are perceived as ROYAL ETIQUETTE or royal protocol that we assume are the case, but in fact, they are not,” explained the expert.