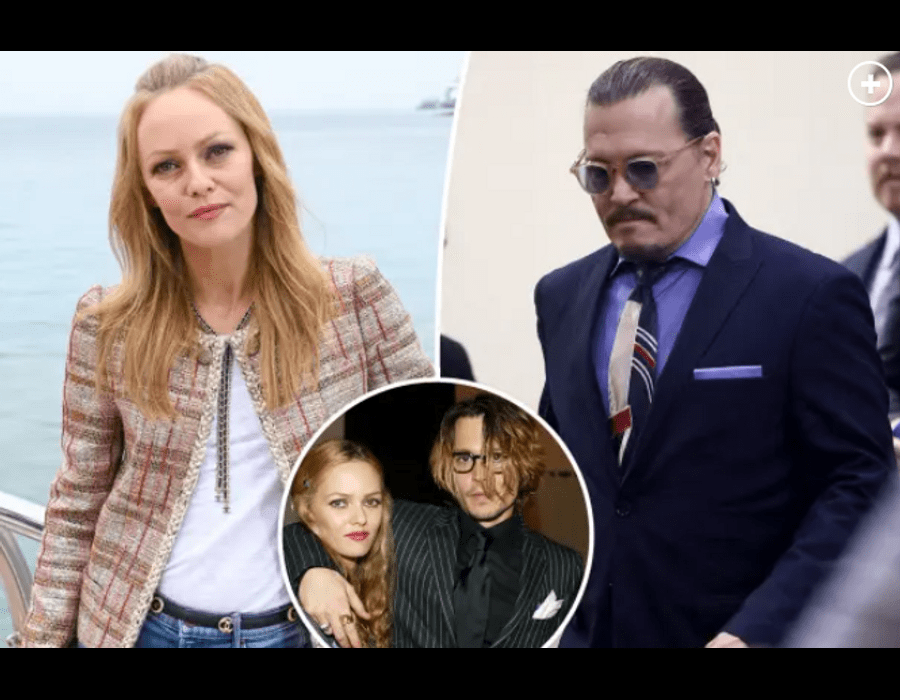 Johnny Depp‘s ex-girlfriend attends a fashion show in Monte Carlo. Actress Vanessa Paradis, who was once in a relationship with Johnny Depp, was spotted at the show of the Chanel cruise collection in Monte Carlo in Monaco.

On May 5, the Chanel cruise collection was shown in Monte Carlo, Monaco. Western celebrities watched the show from the front rows: star Kristen Stewart with his bride Dylan Mayer, actresses Tilda Swinton and Vanessa Paradis. The latter appeared in public in a tweed jacket, white T-shirt, and jeans. A chain complemented the look of the 49-year-old Frenchwoman around her neck, a thin leather belt, and pink shoes with a black toes. She pinned her bangs back and did a light makeup with gray shadows and pink lipstick.

Vanessa Paradis was in connection with Johnny Depp from 1998-to 2014. The former lovers have two children: 22-year-old Lily-Rose Depp and 20-year-old John Christopher.

While Paradis shines in the world, Depp is suing another former lover, Amber Heard. The actress remembered how her ex-boyfriend hit her for the first time during the next meeting.

Earlier, it was reported that a pregnant supermodel Adriana Lima took to the catwalk with an open belly and patent leather boots as part of the Alexander Wang show in Los Angeles. The first Alexander Wang show in three years took place in Los Angeles. A pregnant Adriana Lima was among the models who walked the runway during the show. The former Victoria’s Secret angel appeared in a mini dress with an open belly and high patent leather boots. The image of the Brazilian was complemented by styling with the effect of wet hair and makeup with dark brown lipstick.

In addition to Adriana Lima, Alessandra Ambrosio and Candice Swanepoel took part in the fashion show.

In February 2022, Adriana Lima announced her pregnancy with her boyfriend, producer Andre Lemmers. Their romance became known in the fall of 2021 after their joint release at the 78th Venice Film Festival.