It became known how pregnant Rihanna reacted to the appearance of her statue at the Metropolitan Museum of art - yuetu.info 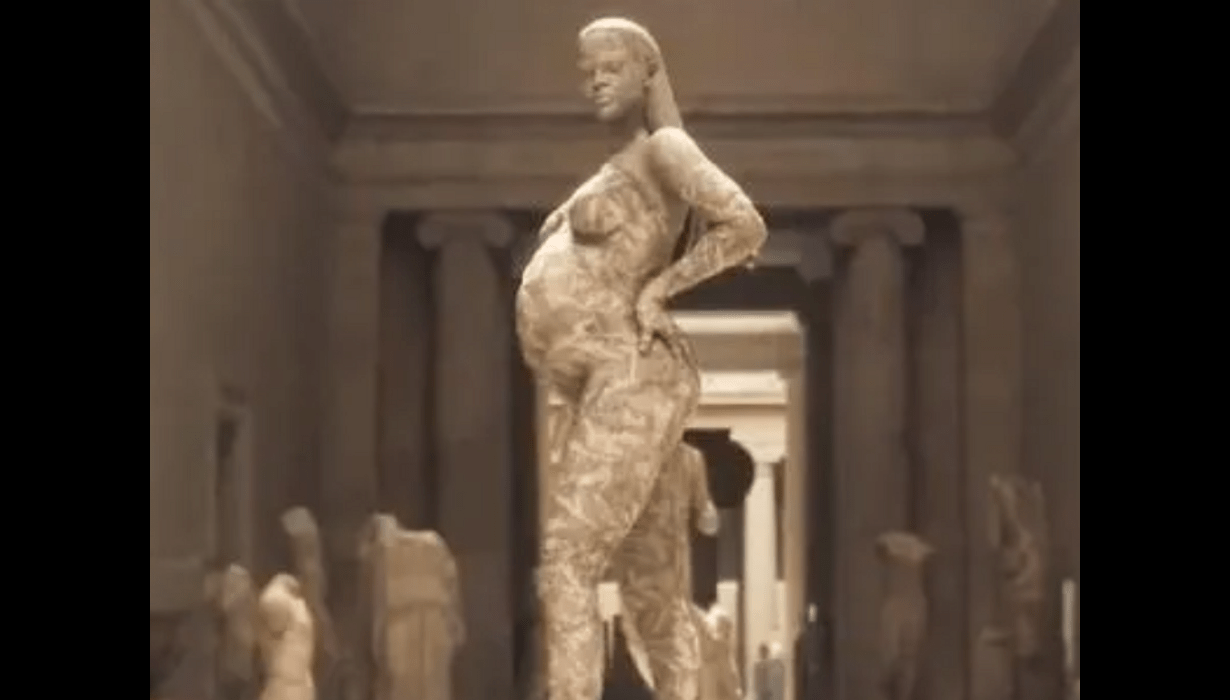 Rihanna is the ruler of the Met Gala. Seven times she was invited to the ball of the Costume Institute, and each of her performances was a sensation! For example, last year, the singer appeared in a black Balenciaga down jacket on the arm with her boyfriend A$AP Rocky. And even this image caused more delight than most bows of stars in “naked” dresses. But the singer had to miss the Met Gala-2022.

Now Riri, along with her lover, is in Barbados, where, according to rumors, the firstborn of the stars is about to be born. But the ball could not pass without her and, thanks to the organizers, the singer appeared there. A marble statue of Rihanna now stands in one of the halls of the Metropolitan Museum of Art in New York. A 30-second video has been posted for everyone, in which we see various busts and sculptures until the camera stops at a full-length statue of Rihanna.

Its authors were inspired by a recent photoshoot of a pregnant Riri. As in the pictures, Rihanna poses in a lace Alaïa jumpsuit. None of the stars have ever received such an honor, which once again confirms that Rihanna is a recognized style icon.

The singer herself was delighted: she not only shared the video on social networks but also thanked the creators, calling the sculpture a tribute to her history.