In mini shorts and stilettos: Rihanna's new outing in the last weeks of pregnancy - yuetu.info 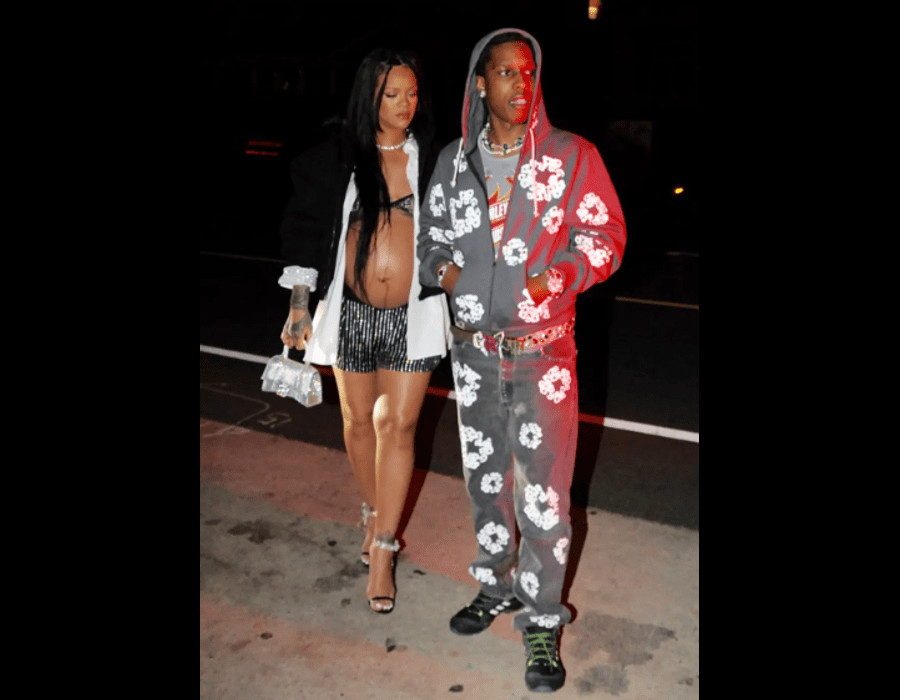 The star first appeared with A$AP Rocky after his arrest. In mini shorts and stilettos: Rihanna‘s new outing in the last weeks of pregnancy

In a couple of weeks, Rihanna will become a mother for the first time – the 34-year-old star is preparing to give birth to her first child in California. Recently, the singer has experienced many upheavals: first, rumors appeared on the Web about the betrayals of A $ AP Rocky with Riri’s shoe designer, Amina Muaddi, and after a joint vacation with her boyfriend in Barbados, the rapper was arrested right at the Los Angeles airport. Later, the singer’s lover was released on bail of 550 thousand dollars, but there has not yet been a trial in this case.

Despite the emotional turmoil, the pregnant Riri remains faithful to the groom and outrageous style. Over the weekend, reporters spotted the couple on a romantic date at a Santa Monica restaurant. Rihanna wore pinstripe Alexander Wang mini shorts with silver lurex, a rhinestone mesh bra, a white shirt, and a black bomber jacket for dinner with her beloved. The fans were surprised by the choice of the singer’s shoes: not only is the deeply pregnant star still wearing extreme stilettos, but the designer of the laconic sandals is also the same “homeowner” Amina Muaddi. Diamond jewelry and a sparkling Balenciaga bag completed the brilliant look.

A$AP Rocky, on the occasion of a date with the mother of his unborn child, wore a gray suit with a print of white flowers: jeans, and a hooded hoodie. The outfit was complemented by jewelry made of colored beads, a belt with a large buckle studded with multi-colored stones, and black sneakers.