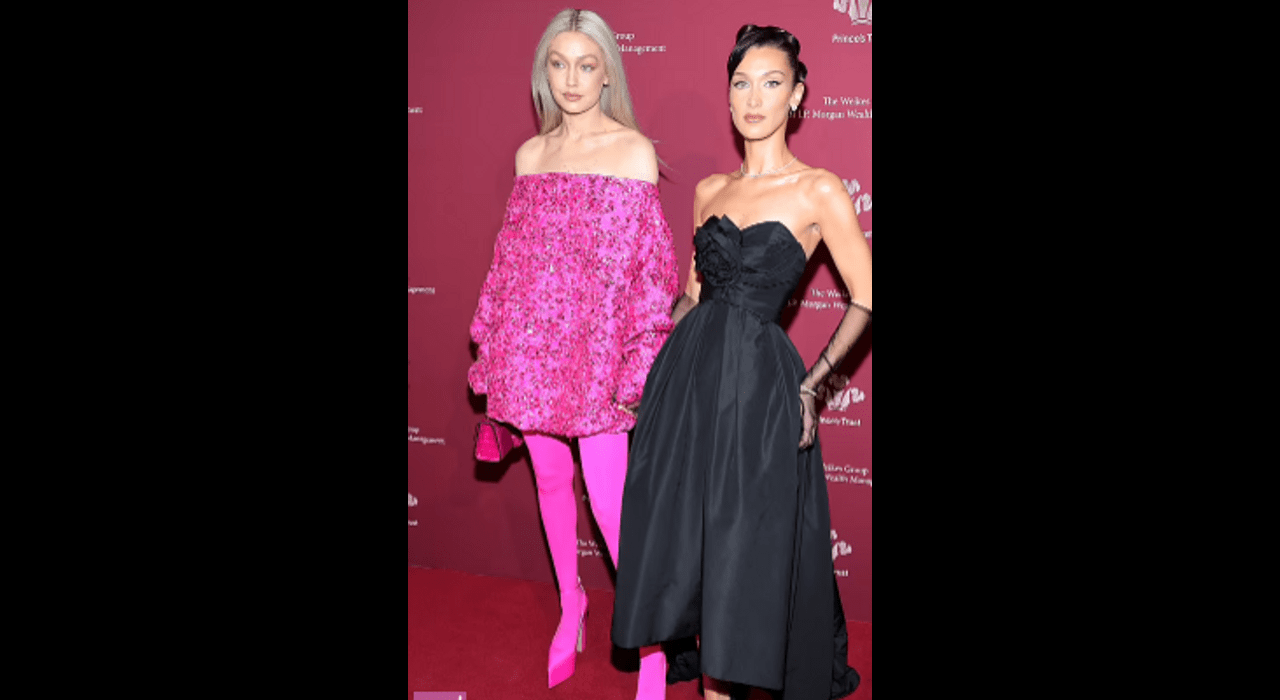 A charity evening for The Prince’s Trust was held in a historic building in Manhattan. The foundation’s gala dinner, which aims to help young people around the world improve their lives, is held annually before the Met Gala and is considered a rehearsal for the main fashion event in the United States.

The Hadid sisters walked out together on the red carpet, holding hands, and their exit was certainly bright. While Bella went classic with a black strapless dress and mesh opera gloves, her older sister dressed up like a Barbie doll. Gigi opted for a short off-the-shoulder hot pink dress that she paired with matching pantyhose and platform shoes.

The vivid image of Gigi did not impress the netizens – they called her to bow unsuccessful, but her younger sister, on the contrary, was showered with compliments for her outfit.

But Irina Shayk’s friend Stella Maxwell refused the dress and chose a black trouser suit and classic pumps. At the same time, the model put on a jacket on a naked body.

Glamorous evening dresses this evening showed Karlie Kloss and Lily James. The first appeared in a black sequined dress with feathers, and the second in a dress made of a beaded corset and a black floor-length skirt.

Bella Hadid stepped out in a black vintage Dior dress designed by Yves Saint Laurent in 1959. The model completed the image with opera gloves.