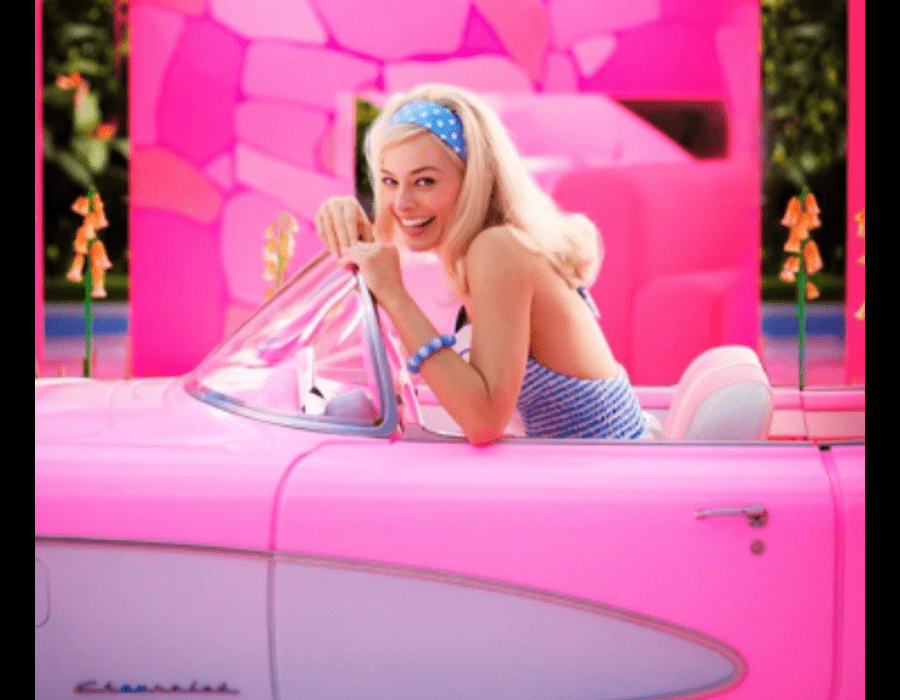 Film Studio Warner Bros. presented the first frame from the film ” Barbie, “which is based on a line of popular dolls around the world. The lead role was played by the star of the film adaptation of DC Comics ” Suicide Squad ” Margot Robbie.

Barbie is hitting theaters on July 21, 2023, and you can see the first picture of the movie. Now that the movie is in exposition, we are convinced that we will get more highlights of this fashionable new world in the near future.

In the picture, the actress is captured in the classic outfit of the heroine, with a headband in blue and white polka dots, a matching striped summer dress, and a beaded bracelet. To top it off, she poses in an updated version of her iconic pink Corvette that appears to be in front of Barbie’s dream house.

The role of Ken, Barbie’s lover, is played by Ryan Gosling, who is also the producer of the picture. Also in the movie are Will Ferrell, America Ferrera, Emma McKay, and Michael Cera. Directed by Greta Gerwig, she was previously nominated for an Oscar for Lady Bird and Little Women. The film will be released in June 2023.

Nothing is known about the plot yet. Greta Gerwig, the creator of the film ” Lady Bird,” was previously appointed as the director of the picture; she also took part in writing the script. In addition to Robbie, the cast includes Will Ferrell, Ryan Gosling, Emma McKay, America Ferrera, Simu Liu, and other artists.

Studio Warner Bros. announced that it will release ” Barbie ” in the summer of 2023; the film will take the date previously listed for the animated feature film “Coyote vs. Acme.” The project was in development for quite a long time and, before moving on to Warner Bros, was listed as Sony.