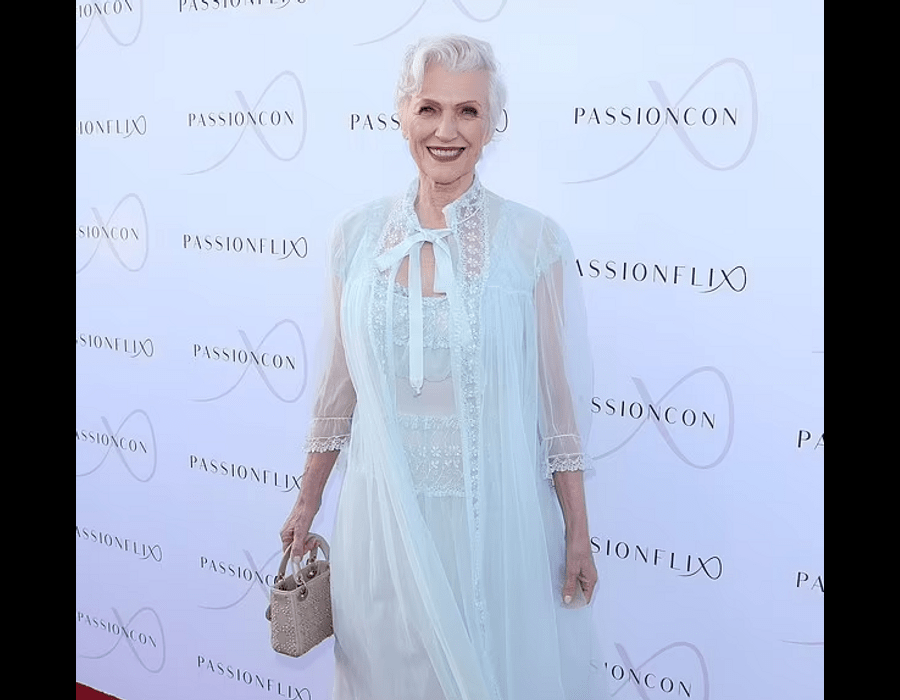 74-year-old Maye Musk came to the premiere of the third season of the series “Managed” by the film company Passionflix, which took place on May 6 in California. The mother of billionaire Elon Musk appeared on the red carpet in a sky-blue translucent dress with lace and a similar cape with a satin bow, reminiscent of a peignoir. The look was completed with pearl sandals and a Lady Dior bag.

Earlier, It was reported that Elon and May Musk attended the annual ball of the Costume Institute Met Gala. This time the event was dedicated to one of the brightest periods in American history – the Gilded Age. It lasted from the 1870s to the 1890s and was characterized by the rapid growth of the US economy and population after the Civil War.

The chairman’s board, in addition to Vogue’s global editorial director Anna Wintour, also included designer Tom Ford and the head of Instagram, Adam Mosseri. The evening was hosted by actors Regina King, Blake Lively, and Ryan Reynolds. 2022 was the first year that all the Kardashian -Jenner sisters were invited to the Met Gala without exception. At the Metropolitan Museum of Art, representatives of the famous clan appeared in full force, from regular Kim to debutantes Chloe and Kourtney.