Elisabeth Moss bets on orange - the hit of the season - and looks amazing - yuetu.info 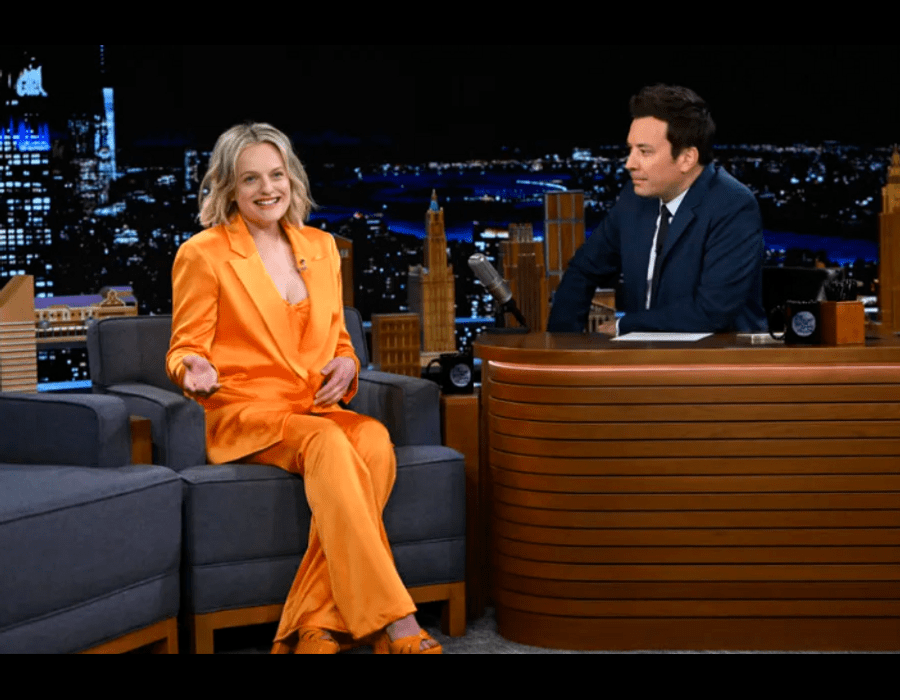 Elisabeth Moss bets on orange – the hit of the season – and looks amazing. The rich shade of orange peel should be in every wardrobe this spring.

Elisabeth Moss’ The Shining detective miniseries, starring Elisabeth Moss, premieres on Apple TV+ on April 29, and the days leading up to the premiere turned into an endless series of interviews and social events for the actress.

The “Handmaid’s Tale” star entered Fallon yesterday to talk about her new show coming up on AppleTV + under the name “Shining Girls,” and her power suit made a powerful message. One of the best parts of the whole bold pair is that the star has paired the suit with the orange platform sandals.

On Tuesday, Elizabeth appeared on The Tonight Show with Jimmy Fallon in a neon orange silk pantsuit, under which was hiding another spring and summer 2022 trend – a seductive corset. The image was complemented by a hairstyle with light curls and sandals on a high platform to match the set.

Yesterday’s appearance of the star of the series “The Handmaid’s Tale” at the special screening of the series in New York was also hard to miss. Reporters captured Moss in an orange Valentino dress adorned with openwork embroidery and white pumps. The final accent of the bright outfit was minimalist jewelry: earrings, a ring, and a red “happy” thread on the ankle.

Recall that according to the plot of the series The Shining, which was filmed established on the novel of the same name by Lauren Beukes, Chicago journalist Kirby Mizrahi (Elizabeth Moss), who survived the attack of a serial killer, wants to take revenge on the criminal. However, during the investigation, she learns that the maniac has discovered a portal for time travel, and for the sake of moving back and forth, he has to kill talented, “shining” girls.