Bella Hadid 'walked' a dress with a deep neckline and slits at the waist at a dinner in Cannes - yuetu.info 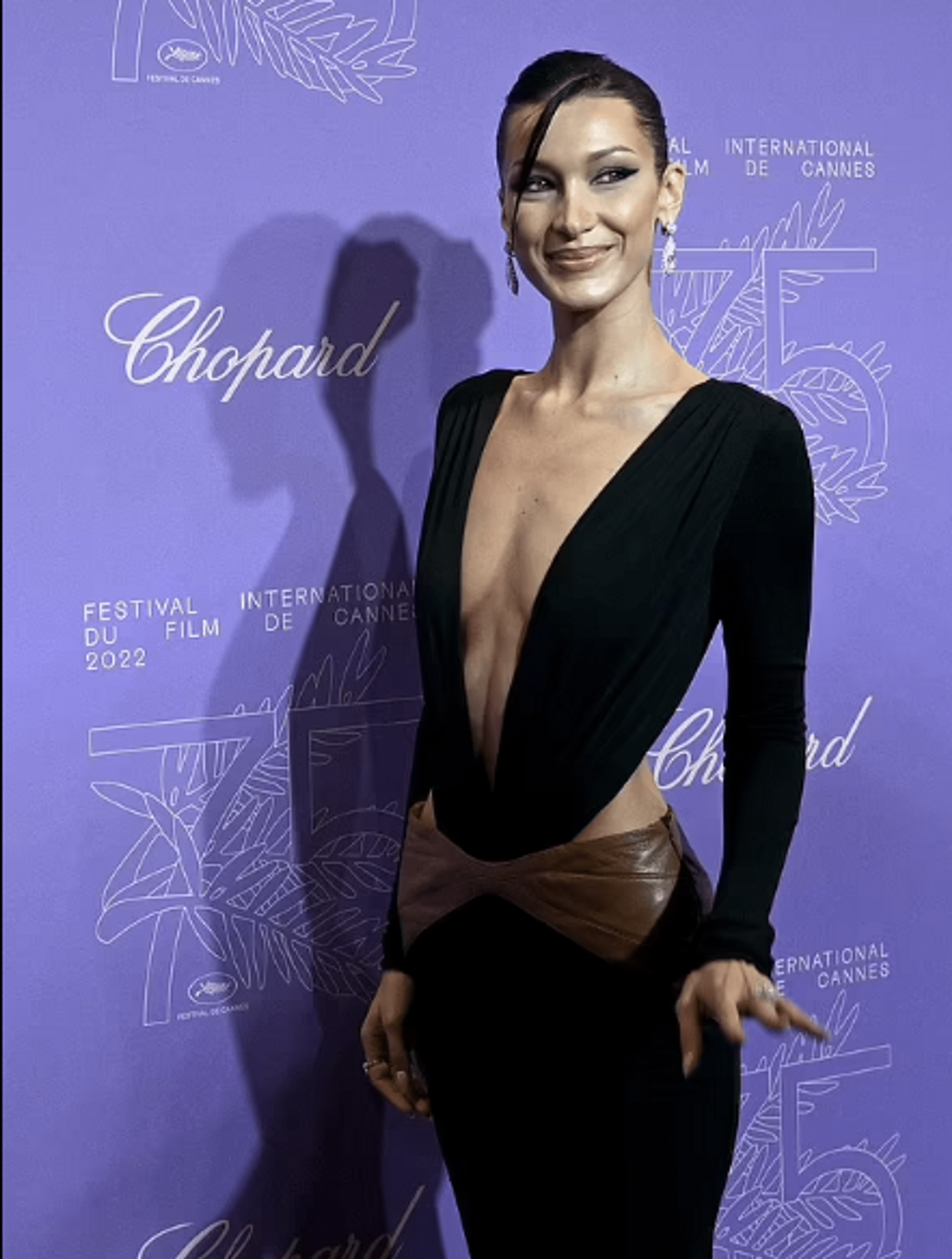 Bella Hadid appeared in public for the second time in a day in a vintage Versace dress. The 25-year-old model walked out in a black dress from the 90s with a deep neckline and slits at the waist. The low waist, accentuated by a leather belt, and V-neck, are reminiscent of Jennifer Lopez’s famous look, which the 2000s pop icon wore at the Grammy Awards in 2000.

On the same day, Bella Hadid dropped in at the premiere of Louis Garrel’s The Innocent is another vintage Versace dress, a 1987 bustier with a voluminous band around the hips and a flared skirt.

Earlier, It was reported that Bella Hadid, with a boy-like haircut, starred in an advertisement for Michael Kors. In the new Michael Kors lookbook, Bella Hadid appeared in an unexpected look for fans: with short black hair and ragged bangs. At the same time, the new hairstyle is a wig, not a radical haircut.

For the photoshoot, the model was dressed in a yellow latex mini-dress with decorative bows at the neck and waist and complemented it with a black leather jacket with puffy sleeves, as well as black over-the-knee boots to the middle of the thigh. In the pictures, Bella Hadid is seen holding the American designer’s iconic black bag with gold initials MK and a braided handle. Large gold Congo earrings complete the look of Hadid.