Beckham's son showed himself to be a caring husband at the Met Gala after-party - yuetu.info 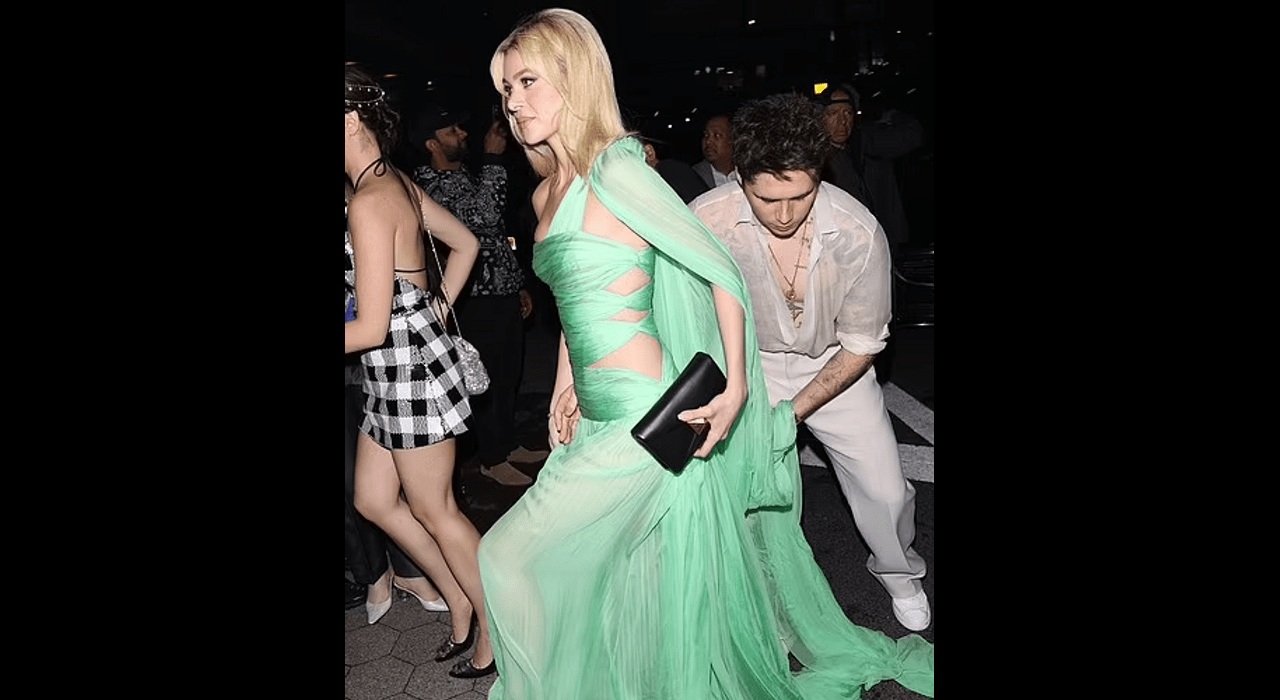 The eldest son of David and Victoria Beckham, 23-year-old Brooklyn, appeared at the Met Gala’s annual after-party with his new wife, Nicola Peltz.

The newlyweds attended the Met Gala after-party. Brooklyn Beckham did not change clothes and came to the party in the same outfit as the ball itself – in a cream suit and a translucent shirt. However, his newly-made wife, Nicola Peltz, did not miss the opportunity to “walk” in the light of another image. The girl changed the pink Valentino dress, which she showed off the previous evening at the Metropolitan Museum of Art in New York, for an equally spectacular mint one, with slits at the waist. The long hem of the dress stretched across the floor while walking, and Brooklyn carefully picked it up so that Nicola would not stumble.

The Met Gala was the first time Brooklyn Beckham and Nicola Peltz were married. On April 9, the eldest son of David and Victoria Beckham married the daughter of American billionaire Nelson Peltz.

Earlier, it reported that Bella Hadid came to the Met Gala after-party in a revealing corset and stockings. Supermodel Bella Hadid appeared at the after-party of the annual ball of the Costume Institute Met Gala in an image reminiscent of underwear.

Bella Hadid’s exit was one of the most outspoken at the Met Gala after-party. The 25-year-old supermodel wore a moire corset with a plunging neckline and peplum, an impromptu sheer lace skirt, stockings, and stiletto sandals. Hadid’s chest was covered with embroidery in the form of flowers. The image was completed with a voluminous styling, with which she previously appeared at the ball, shining makeup and gold jewelry.