Amy Schumer admitted that she had liposuction and showed what she looks like in underwear - yuetu.info 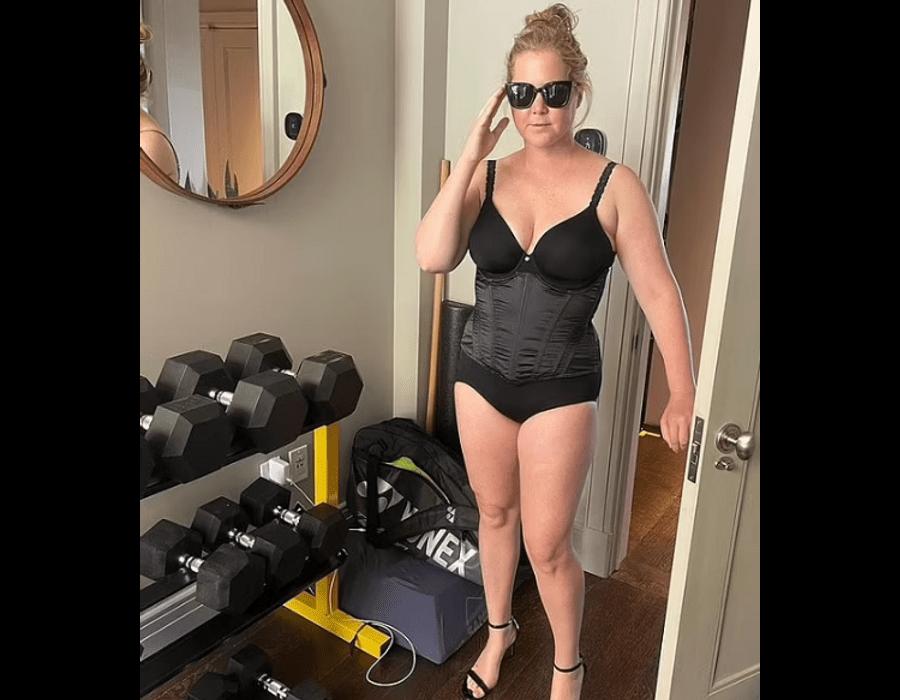 The actress is one of the few who actively prepares for the summer.

A few hours ago, 40-year-old Amy Schumer posted a candid photo on her account in which she stands in black lingerie and a corset, sunglasses, and heels. Under the picture, she wrote that she wants to be healthy and strong for herself and her family; she wants to feel like a hot little thing. Indeed, the actress looked just great without clothes, which earned more than 150,000 likes and hundreds of enthusiastic comments from followers.

Also, the comedic actress admitted that the secret to her transformation is not only a healthy and clean diet and sports but also liposuction in the abdomen. In an discussion with The Hollywood Reporter, the star said that at some point, she reached a critical moment when she stopped liking her reflection in the mirror. This happened after she gave birth to a son (she became a mother two and a half years ago). Schumer is accustomed to being honest about issues that people usually do not discuss in society.

For example, Amy was not afraid to post a photo where she was walking with her son in special hospital underwear. The actress also shared a picture where you can see her big belly, left after the birth of a child. Amy underwent a cesarean section for medical reasons, and after that, she could not naturally put her figure in order. Therefore, she decided on the operation, which gave a quick and noticeable result. And to fix it, Amy continues to lead a healthy lifestyle.

Schumer saw fit, to tell the truth about how she lost so much weight. The actress is sure that you need to be honest with yourself and the audience; otherwise, why is it all?