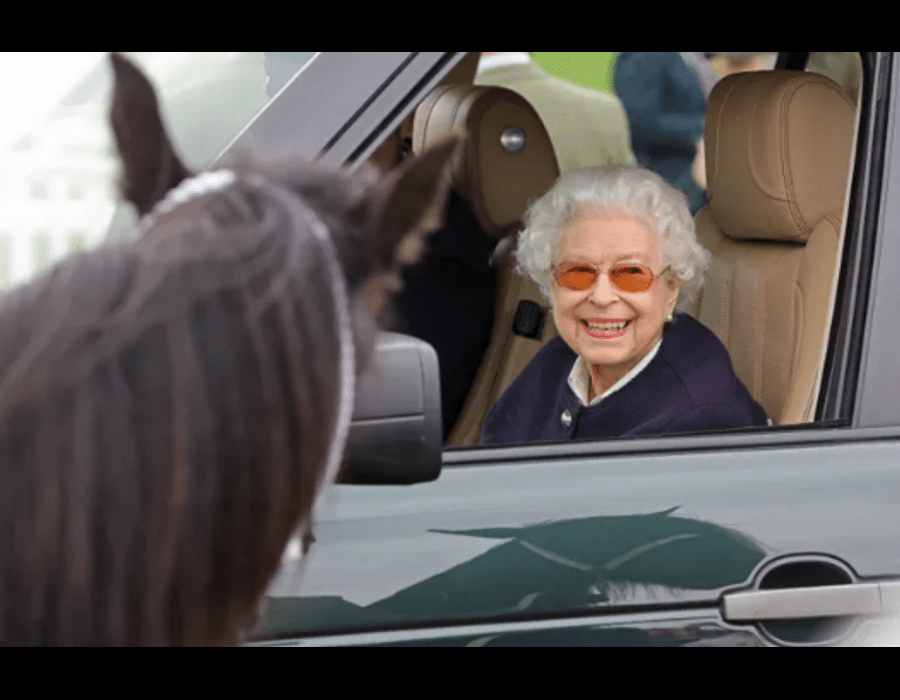 96-year-old Elizabeth II, in a great mood, visited the Royal Horse Show. Her Majesty did not skimp on smiles and applause, watching the trips to the parade ring.

Just three days after the Queen of Great Britain refused to participate in the opening of Parliament for health reasons, there was an occasion to go out, which Her Majesty could not ignore. Elizabeth II is a passionate lover of horses, and therefore she flatly refused to miss the Windsor Horse Show, in which, by the way, her favorite mare, Balmoral Leah, participated.

April 21, 2022, marks the 96th birthday of Queen Elizabeth II of Great Britain, who is considered the oldest and longest-reigning monarch. She mounted the throne at the age of 25, on the day of the death of her father, King George VI. During her reign in the UK, 14 prime ministers were replaced – from Winston Churchill to Boris Johnson.

Her Majesty was in high spirits and looked great in an elegant cardigan over a green pullover, a gray pleated skirt, wearing a Hermès silk scarf, and sunglasses.

Over the past 79 years, the queen has never ignored the equestrian holiday, and this year she also decided not to break the tradition, despite the difficulties with movement. At the opening of the show, 33-year-old Princess Beatrice replaced her in the box of guests of honor, but on the second day, Elizabeth II arrived at the show in her Range Rover and walked to the podium, accompanied by her son, Prince Edward, to the enthusiastic cheers of the crowd.

The Royal Windsor Horse Show is a multi-day celebration that includes horse shows, demonstrations, theatrical performances, and competitions. The event is held annually in the park of Windsor Castle, and members of the royal family come to watch this grand event.