84-year-old actress Jane Fonda reappears on the cover of Glamor after 63 years - yuetu.info 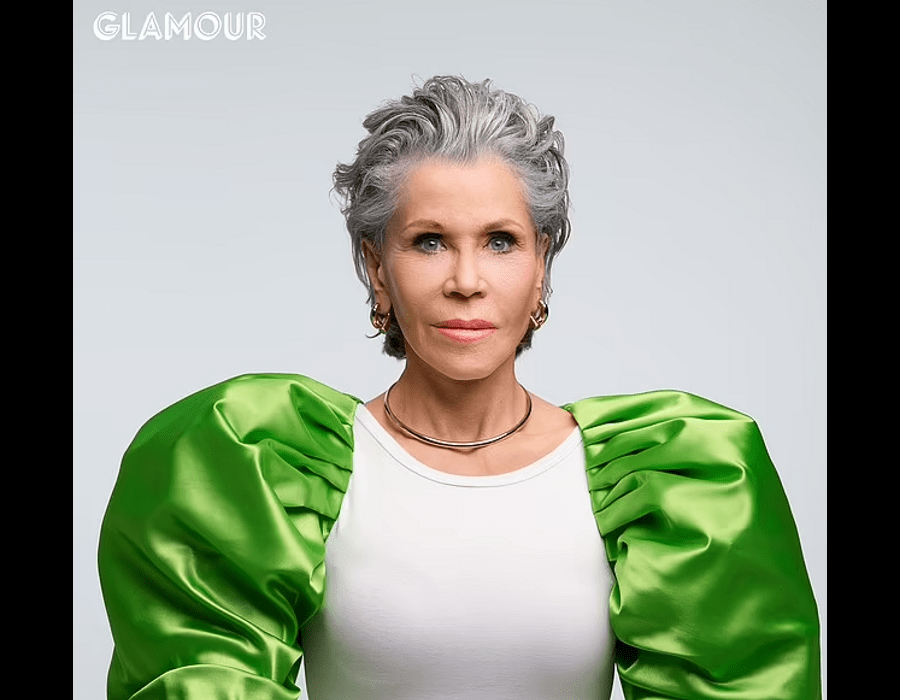 Jane Fonda posed for Glamor in a pink blouse with a gold bow collar and long black pleated skirt. The outfit emphasized the slender figure of the movie star.

The background was a portrait of the actress, which appeared on the same magazine’s cover in 1959. In a 63-year-old photo, the two-time Oscar winner appeared with bright makeup – green arrows and scarlet lipstick.

“At that time, I doubted that I would live to be 30 years old,” Fonda recalled in an interview.

Earlier, it was reported that People magazine recognized 76-year-old Helen Mirren as the most beautiful woman of the year. The Oscar-winning actress has been featured in The Beautiful Issue 2022, an annual special. Oscar-winning actress Helen Mirren became the main character of the annual special issue of the American magazine People — The Beautiful Issue 2022. It is reported by People.

76-year-old Helen Mirren was named the most beautiful woman of the year by People. The actress appeared on the cover of The Beautiful Issue 2022 wearing a gray turtleneck, trousers, and a fancy flounced vest. The 2021 Oscar winner completed her look with diamond earrings, pink makeup, and a bun. In an interview, Helen Mirren admitted that she was surprised that People decided to make her the main character of their annual special issue. “I was completely stunned as we spoke in England. I never considered myself beautiful. But, yes, at my age!” — admitted the actress.