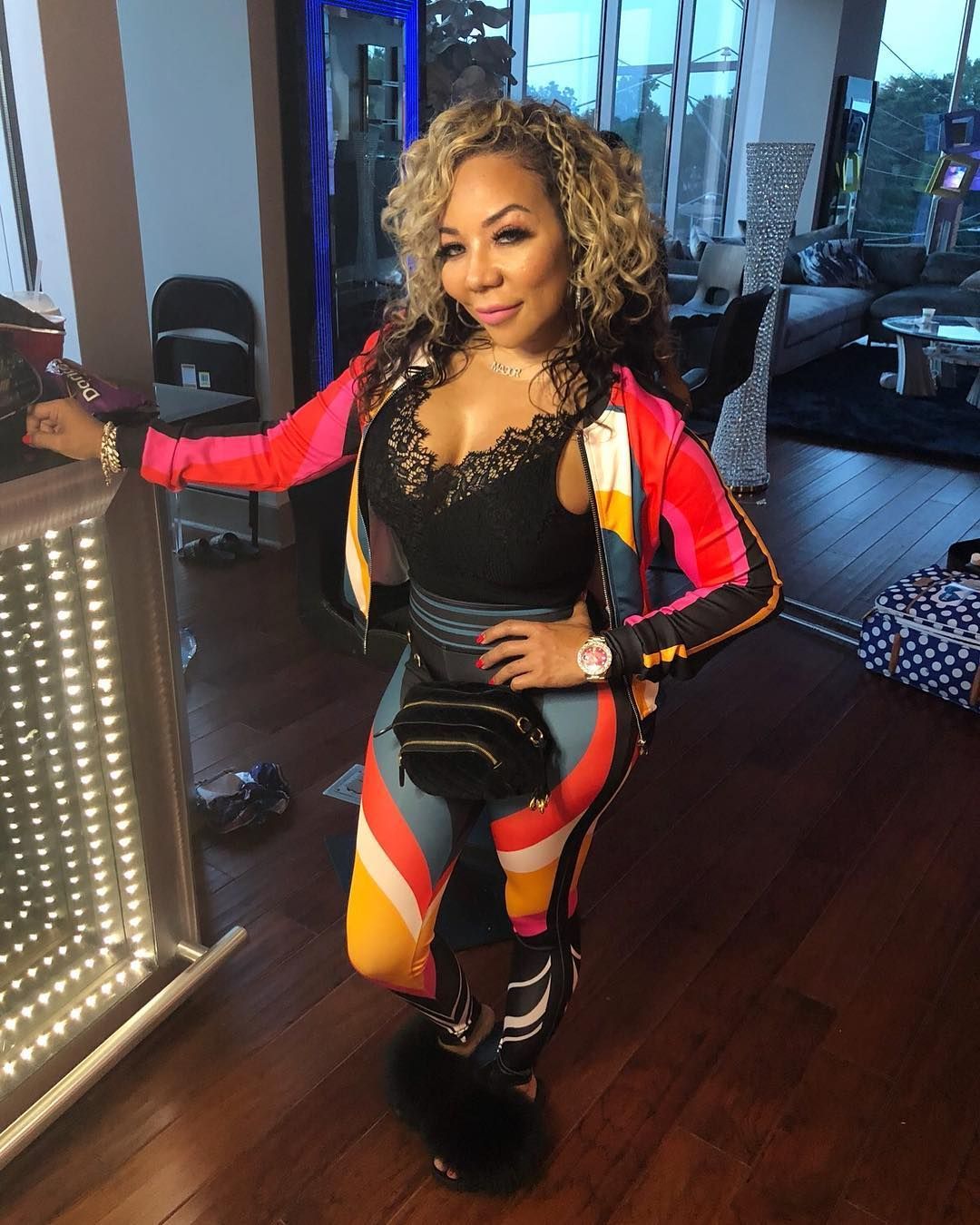 Tiny Harris is showing off her new look and fans are in love with her fiery hair. Check out the clip below.

Someone said: ‘Tiny is going to keep a color,’ and another follower posted this: ‘Alright Tiny… Looking as cute as you wanna look.’

A fan said: ‘The right pic is confusing me..’ and someone else posted this: ‘Someone said who did it better her or Chucky? I’m going to bed y’all.’

One fan said: ‘Why y’all hating on tiny in these comments she litterally bothers nobody,’ and a fan said: ‘yalll wrong for calling her smokey robinson omfg.’

Someone else said: ‘Tiny always gives good REAL hair, when she give them sew ins a break.’

Not too long ago, we revealed that Tiny and T.I. Harris’ baby girl, Heiress Harris , has been practising and taking vocal lessons for quite some time in preparation to follow in her mother’s musical footsteps.

The 5-year-old recently sang “Happy Birthday” to her big brother Domani Harris at his 21st birthday dinner in an Instagram video. Heiress’ vocals were lauded by Domani’s followers after he shared the video with them.

People have commented, “She is a star,” and “She sings with her heart,” in their comments.

With her mother Tiny, Tiny from Xscape, Heiress has a loud voice, which many were amazed by when they heard it. “Aww. She’s got a great voice! Her mother’s daughter has inherited her mother’s looks. HBD soldier,” one person commented. Heiress, “Little Tiny…Xscape Next.”

Several people proposed that Domani record a duet with his younger sister on his upcoming album. Sis told Big Brother to start on the next project, so he agreed. An additional commenter added, “You have to put Heiress on a hook #HarrisGang.”

They had much more to say about Heiress’ performance in the Instagram comments section. In honour of their seventh kid, T.I. exchanged seven black heart emoticons with his daughter’s mother and a few heart emojis with her own mother.