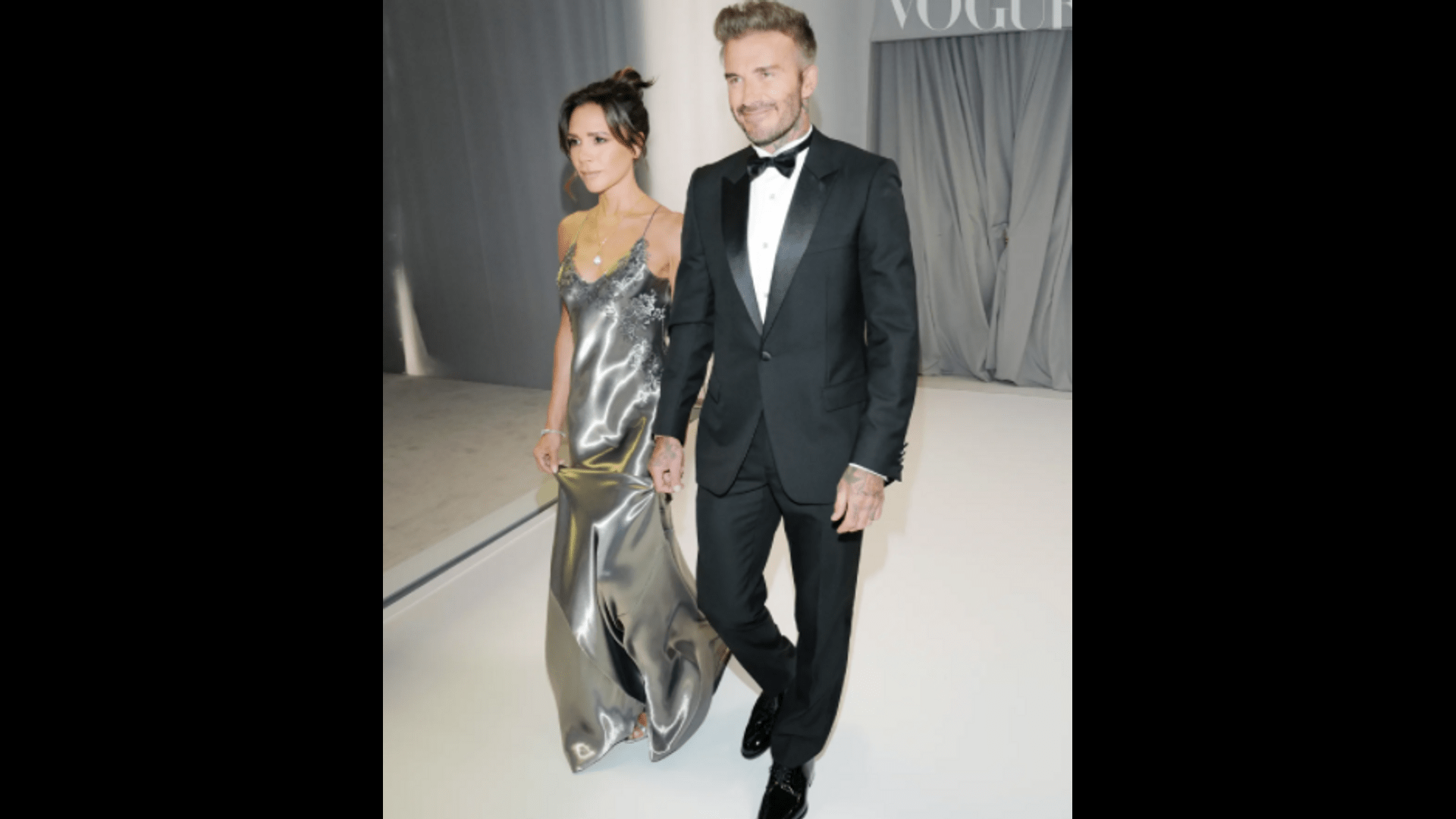 The most stylish wedding of the year took place over the weekend in Palm Beach: 23-year-old Brooklyn Beckham and 27-year-old billionaire heiress Nicola Peltz exchanged vows of fidelity. With a Valentino bridesmaid dress made of pure white silk with a handmade lace veil and gloves repeating the same pattern, only the image of the groom’s mother, the incomparable Victoria Beckham, who chose a silver slip dress of her own brand for the celebration, could be compared.

Victoria Beckham personally designed the dress, inspired by the atmosphere of the iconic nightclub Studio 54 and the reflection of moonlight in the night ocean, and found the right material at a textile factory near Lake Como in Italy. The neckline and the left side of the silhouette of the dress were decorated with three varieties of French lace, which the dressmakers cut and sewn on by hand.

The image of a dress made of silk with the effect of “liquid metal,” which perfectly emphasized Victoria’s fragile and graceful figure, was complemented by the star with silver sandals and diamond jewelry. David Beckham looked understatedly elegant in a black Dior tuxedo with satin lapels, a bow tie, and patent leather boots.