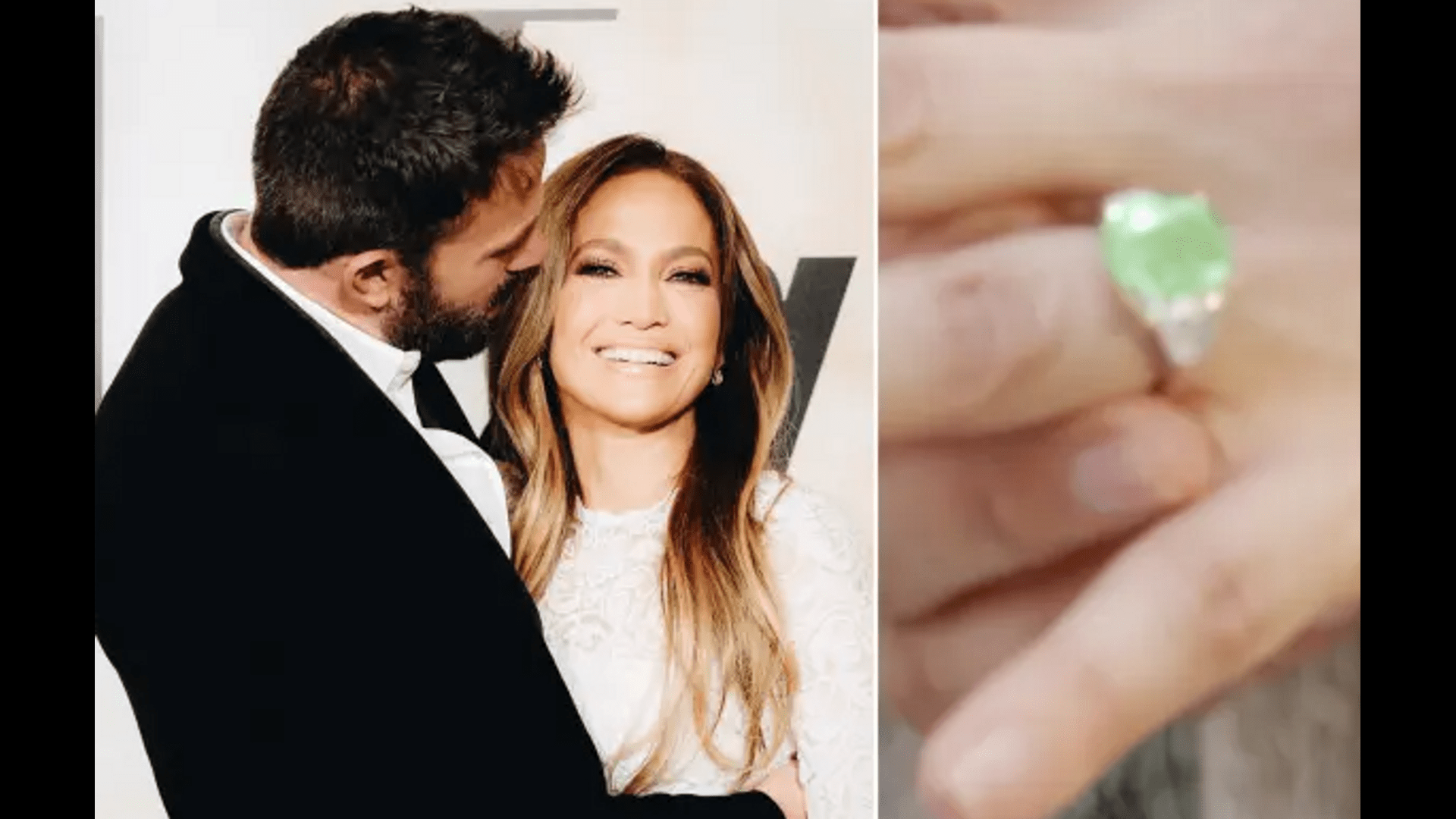 We reveal the reason for choosing just such an ornament and its estimated cost.

The paparazzi greeted engaged Ben Affleck and Jennifer Lopez with their children on Sunday while they were touring several houses for purchase in Los Angeles. Despite the informal domestic atmosphere and her relaxed look with a white tank top, a shirt over it, and wide trousers, the singer and actress did not part with a luxurious ring, recently presented by Affleck in honor of their second engagement 18 years after the breakup.

Jewelry experts note the exceptional rarity of the green diamond on Jennifer’s ring and estimate its approximate cost from three to seven million pounds. This makes Ben’s gift more than double the price of the couple’s first pink diamond engagement piece.

Recall that in 2002, the actor presented J. Lo with a stunning ring from Harry Winston with an eight-carat pink diamond worth $ 1.2 million.