Cardi B and Offset have released the first Photos and name of their Son - yuetu.info 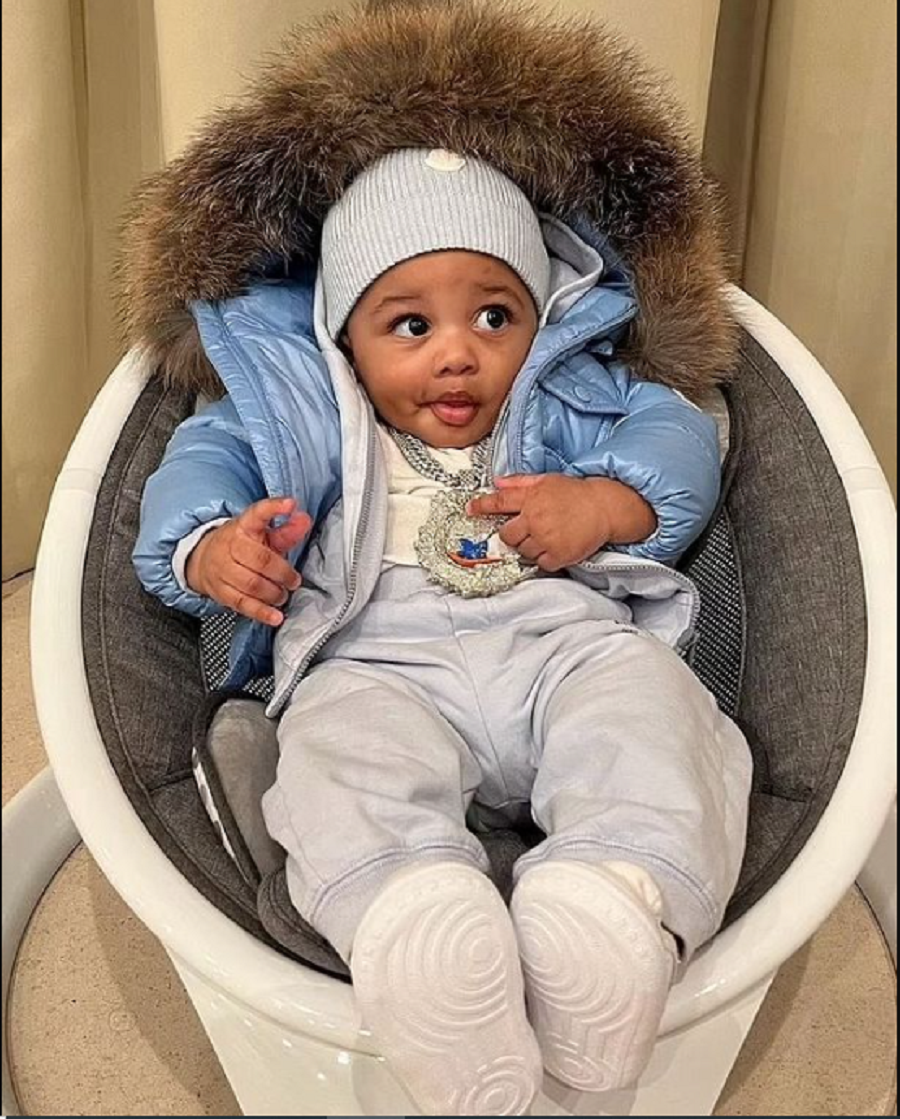 Although they’ve kept their baby’s name a secret since his birth, Cardi B and Offset have now released the first photos of their seven-month-old boy.

The 29-year-old rapper gave birth to her kid in September and has made every attempt to keep his face out of the public’s view. ‘

However, on Thursday, she posted a picture of her well-dressed baby on Instagram.

The child was dressed in a baby blue beanie hat and a light blue puffer jacket with a fur-trimmed hood.

He also wore a large piece of bling around his neck, much like his parents.

Additionally, Offset shared a photo of the toddler wearing diamond stud earrings while sitting in a bath seat on his own Instagram.

Offset was the one to give away the child’s odd name, Wave Set Cephus, which he chose himself.

A number of the star’s friends and fans flocked to the comment section to express their joy at the news.

Offset and Cardi got married in 2017 and have a daughter, Kulture Kiari Cephus, who is three years old.

Cardi B’s social media revelation last month that her son looked a lot like his elder sister has been confirmed by the latest photos.

When Wave was just four months old, she announced in an Instagram Stories post earlier this year that he was already able to speak.

In an Instagram Stories post earlier this year, she also disclosed that her four-month-old daughter, Wave, was already able to communicate.

“I’m not kidding, this baby is talking,” she remarked at the time.

In the name of Jesus Christ, I put this on everything I care about. To begin with, it was evident to my husband.”

Asked the toddler, “Do you love Mommy?” she said. It happened numerous times, and each time was met with an ecstatic “Yeah!” that couldn’t have been mistaken for any other noise.

She had previously said she was close to getting the name of her son tattooed on her body. In a tweet sent out in January, she stated: “Randomly, I’m 1 percent away from permanently tattooing the name of my son across my chin… It’s something I’m desperate to try!