Billie Eilish showed the subtleties of her style at the Coachella festival - yuetu.info 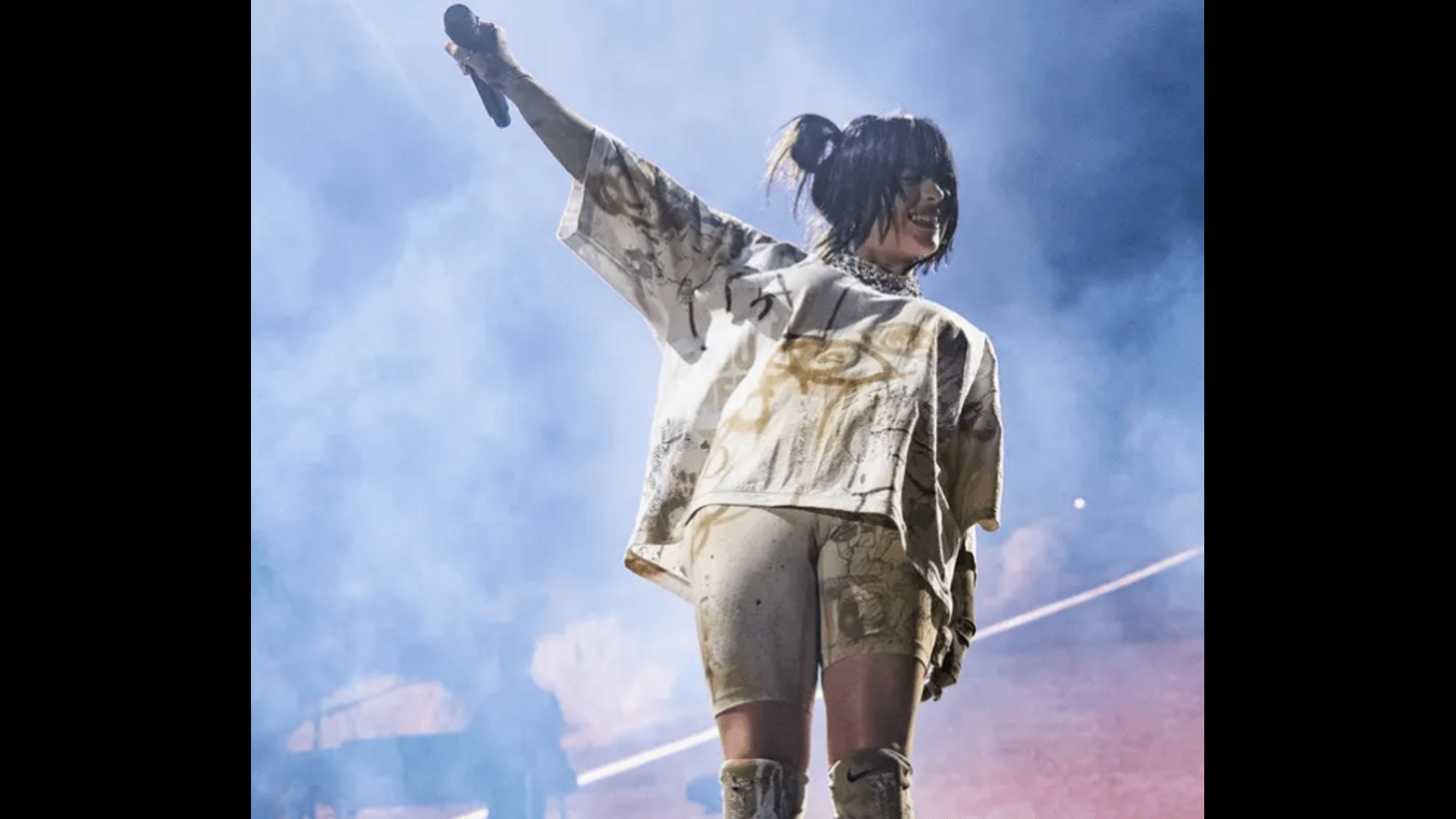 20-year-old BILLIE EILISH went down in history as the youngest headliner of the Coachella music festival. And we must say that she did it in style! Appearing on a darkened stage wearing an oversized deconstructed B James down jacket, the pop star cheekily dropped it to the floor during her opening number, Bury a Friend. Under the outerwear, she hid a classic look in the spirit of the idol of millions – she chose an oversized sand-colored T-shirt painted with unusual graffiti. Billy chose to pair it with similar bike shorts, lots of silver chains, cute ponytails, and sports gloves.

The final finishing touch, reflecting the characteristic style of the singer, was Nike knee pads and sneakers, which will certainly not hurt during the grand show. And although the artist herself recently announced the release of a new author’s Air Force 1 shoe model,

The owner of the Grammy and the Oscar statuette is not the first time to surprise the public with her individuality. However, this time the release of the star not only entered the history of Coachella but also became one of the most talked-about all weekend. Among the guests of the festival, there was a fair share of Generation Z idols: JUSTIN BIEBER, TIMOTHÉE CHALAMET, Kim Jenny from Blackpink, and they all supported Billy with their incendiary dances. At the end of her performance, Eilish even took the time to acknowledge that her meteoric rise from the pop star in her room to headlining one of the world’s biggest music events seems a little surreal at times. “It’s so weird. I shouldn’t be leading here! “- she said.

However, with her breathtaking performance and bold athletic look, Billy proved once again that all those who doubted her talent were wrong.