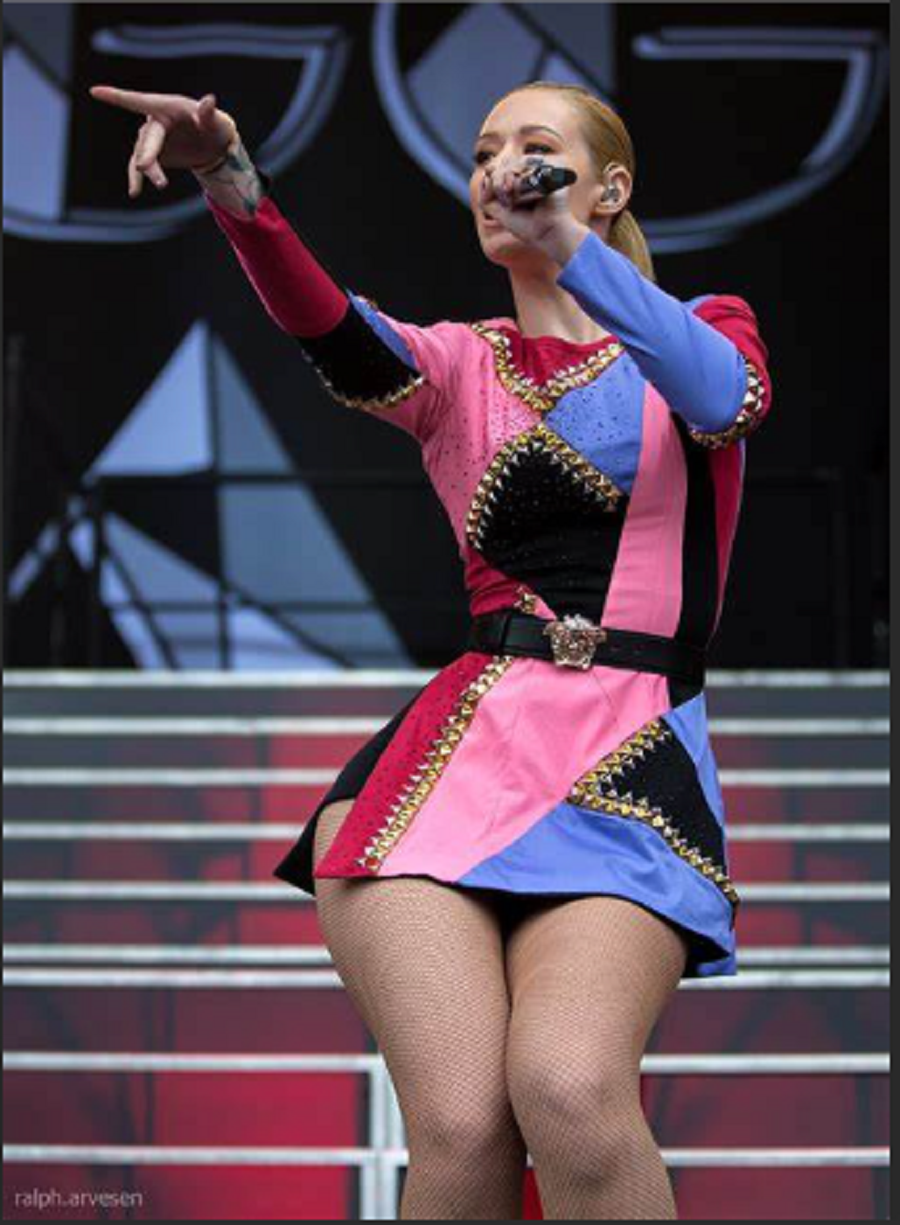 Iggy Azalea slammed American Airlines for allegedly selling her and her son Onyx’s seats right before a trip.

On Monday, the Fancy singer began her Twitter diatribe by saying, “I wanted to caution any families booking vacation be careful travelling with young kids on @AmericanAir.” “I was flying with my son, and they sold our tickets while the gate was still open, then refused to let us off the plane with our baggage, despite the fact that every other trip for that night was sold out.”

“Stranding me is one thing,” Azalea said, “but snatching a baby’s suitcase is s—.”

“There’s something he truly needs,” the Australian actress continued, referring to her son with ex-boyfriend Playboi Carti (real name: Jordan Terrell Carter). “They are unconcerned. I was fortunate in that I was able to book a different flight, but the normal person would have been a— out and f—ed, so I just wanted to warn other mothers… Take care!”

Azalea reached out to AA on their official Instagram page throughout the ordeal, sending them a private message outlining what she was going through.

She and Onyx were checked in on time, but “they still sold our seats because we didn’t come quickly enough to board, even though the aeroplane was still boarding when we got to the gate,” according to the songwriter. They “refused to remove our stuff off the plane,” according to Azalea, and there were no other flights available that day or the next, leaving her and Onyx stranded.

“Now I’m trapped in another city with an infant and no luggage,” she raged, adding that the situation was handled “extremely unprofessionally and without any care or compassion.”

After everything, Azalea informed supporters that JetBlue “came through for us” and “saved the day.” Later that evening, she tweeted images of her son smiling on their rescheduled journey.

She revealed, “We didn’t get home until 3 a.m.” “[Onyx] didn’t weep a single time! I’m extremely blessed to be his mother! He makes any bad day better, and I adore my kid so much.”