A holiday without a queen: Kate Middleton with her husband and children at the Easter service - yuetu.info 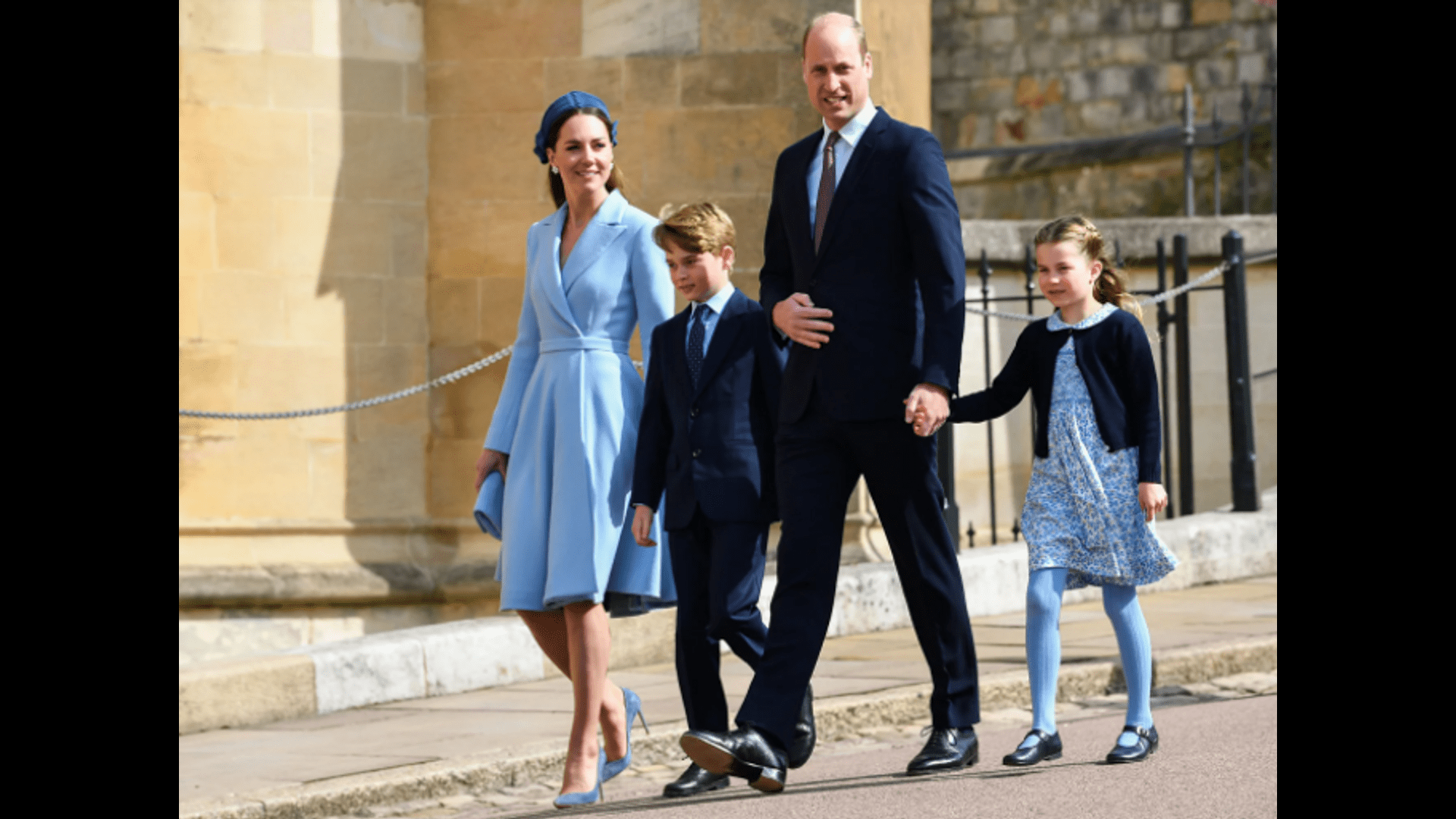 The Duchess of Cambridge and Princess Charlotte dressed up in blue.

Prince William and Kate Middleton attended the traditional Easter service at St George’s Chapel at Windsor Castle with their eldest children, Prince George, and Princess Charlotte. Next week, Queen Elizabeth II, who will celebrate her 96th birthday, did not join her grandson and great-grandchildren. Instead, according to the Daily Mail, Her Majesty celebrated the holiday in a small chapel inside the palace.

Usually, on Easter, members of the royal family visit the chapel of St. George and communicate with parishioners and clergy. But this time, the celebration took place without the main characters: not only the Queen was absent from the ceremony, but also her successor, Prince Charles, with his wife, Camilla.

Palace officials said the Queen withdrew from the event due to weakness in her legs and general malaise. The last time Elizabeth II appeared in public was on March 29 at a memorial service in Westminster Abbey dedicated to her late husband, Prince Philip, Duke of Edinburgh.

The youngest son of Prince Chalza also did not arrive at the Easter service – Prince Harry, along with Meghan Markle, acted as guests of honor at the Undefeated Games in The Hague. On their way to the Netherlands, their visit to London was highly brief as Harry and Meghan spoke to the Queen and with Prince Charles for no more than 15 minutes. Insiders reported that the meeting was “cold” because the Dukes of Sussex were pretty late. Also, there were no children with them. Now journalists are trying to find out if Harry and Meghan will arrive for the Queen’s Platinum Jubilee celebration.