Zac Stacy Sais Kristin Evans's Claims About Her 'Assault' Are Fake - Here Are The Details - yuetu.info 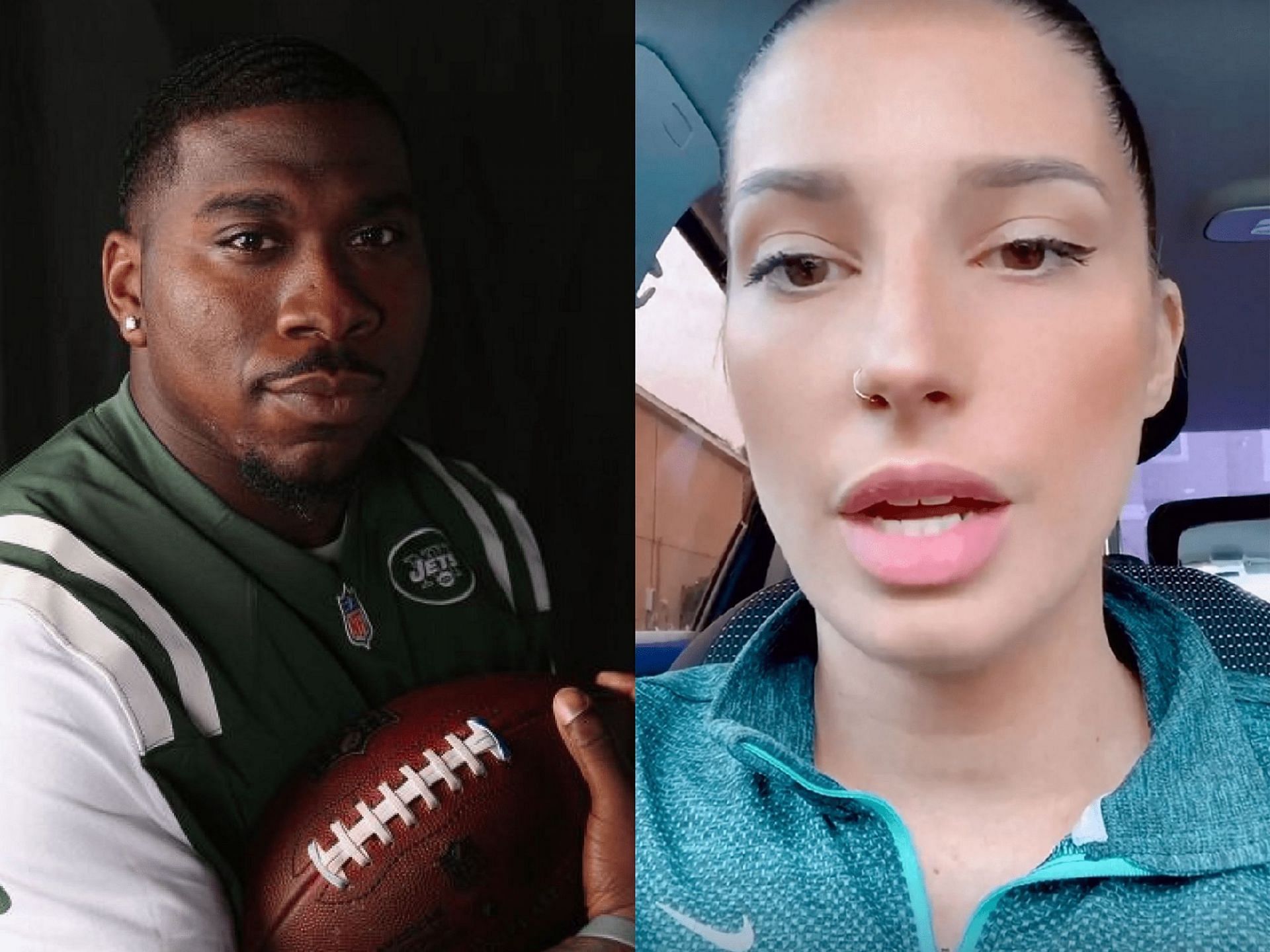 Zac Stacy said something disturbing about his ex-GF. He is basically saying that she staged her assault in a viral video. Check out the post that The Shade Room shared.

TSR notes that the former NFL running back Zac Stacy went viral last month after he was seen on video physically assaulting the mother of his child.

‘Stacy has since been arrested and charged with aggravated assault and criminal mischief,’ TSR notes.

TSR continued and said: ‘While Stacy can be seen throwing his ex-girlfriend Kristin Evans into a television in the viral video, new footage shows the moment he spoke with authorities about the incident. He claims Kristin “staged” the whole thing after he ended their relationship.’

‘It’s just a case of just bitterness, man,’ Stacy told the policemen. ‘That’s why she did this. The whole assault thing, she staged it.’

Someone said: ‘It’s the narcissism for me. Anyone that can lie like this and keep a straight face is a scary ma fka. That poor girl. Smh,’ and a fan said: ‘So what type of special effects she used to fly across the room like that?’

A commenter posted this: ‘He just told us why he did it without even knowing he told us,’ and a commenteer posted this: ‘Translation : I abuse her all the time. She just RECORDED IT this time.’

One other follower said: ‘No, he been beating on her and she staged the camera to expose him,’ and a commenter said this: ‘She STAGED it???? Nah. She pressed your buttons and YOU SUCCUMBED to it. That’s on you. A grown man who couldn’t control his emotions.’

Back in November, Stacy made headlines again. Back then, he has been released from jail.

‘According to @wesh2, #ZacStacy has been released from jail on a $10,000 bond. He has been ordered to stay away from his ex, surrender his passport and guns. If you recall, a viral video showing the ex NFL player assaulting his ex-girlfriend surfaced last week. Stacy is charged with aggravated battery and criminal mischief,’ TSR said.