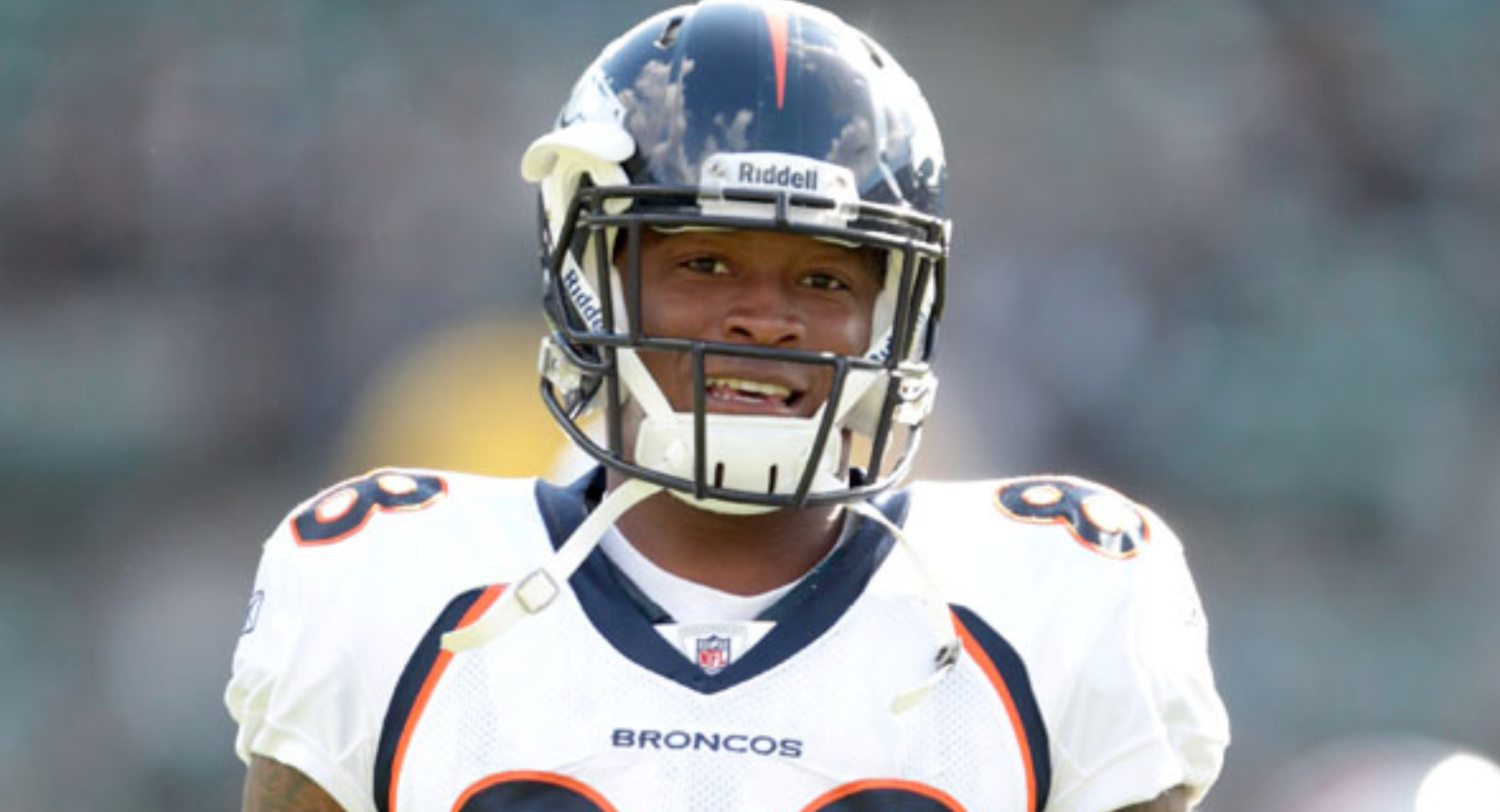 It’s been just revealed that former Denver Broncos wide receiver Demaryius Thomas has passed away, according to @apnews. Police in Roswell, Georgia found without life in his home on Thursday night.

The Shade Room continued and said: ‘It’s unclear what caused his death, but reports speculate the reason may have been a medical issue. He was 33 years old at the time of his passing.’

GTSR writes: ‘Demaryius’ first cousin LaTonya Bonseigneur told AP the family believes a seizure killed him. LaTonya told the media outlet that Demaryius has been suffering from seizures for over a year. They’re unsure exactly when he passed, given that the family had reportedly spoken to him on Thursday.’

‘He was alone and a friend couldn’t get hold of him, so he called his driver, who has a key because of these seizures, and he went into his home and found him in the shower,’ LaTonya said.

The Broncos, whom Demaryius played more than 8 NFL seasons with, released a statement early Friday.

Someone said: ‘Y’all that sport is dangerous idc what anyone says. Too much force is applied playing this game and after a while it starts to affect the body ijs it’s #facts.’

A commenter posted this: ‘Why is everybody passing away tf is in the air,’ and a commenter said: ‘His birthday is on Christmas too! Super sad.’

One other follower said: ‘Let’s talk about what’s happening to these NFL players fr though.’

A fan posted the following message; ‘What’s up with all these young black men passing at the age of 33?!’ and a fan said: ‘Did he take a COVID vaccine recently???’

Someone else said: ‘That’s the 2nd NFL player within the past week that done died at 33 smh,’ and another follower posted this; ‘Why so many football players are passing away ? This like the 4 player in one month !’