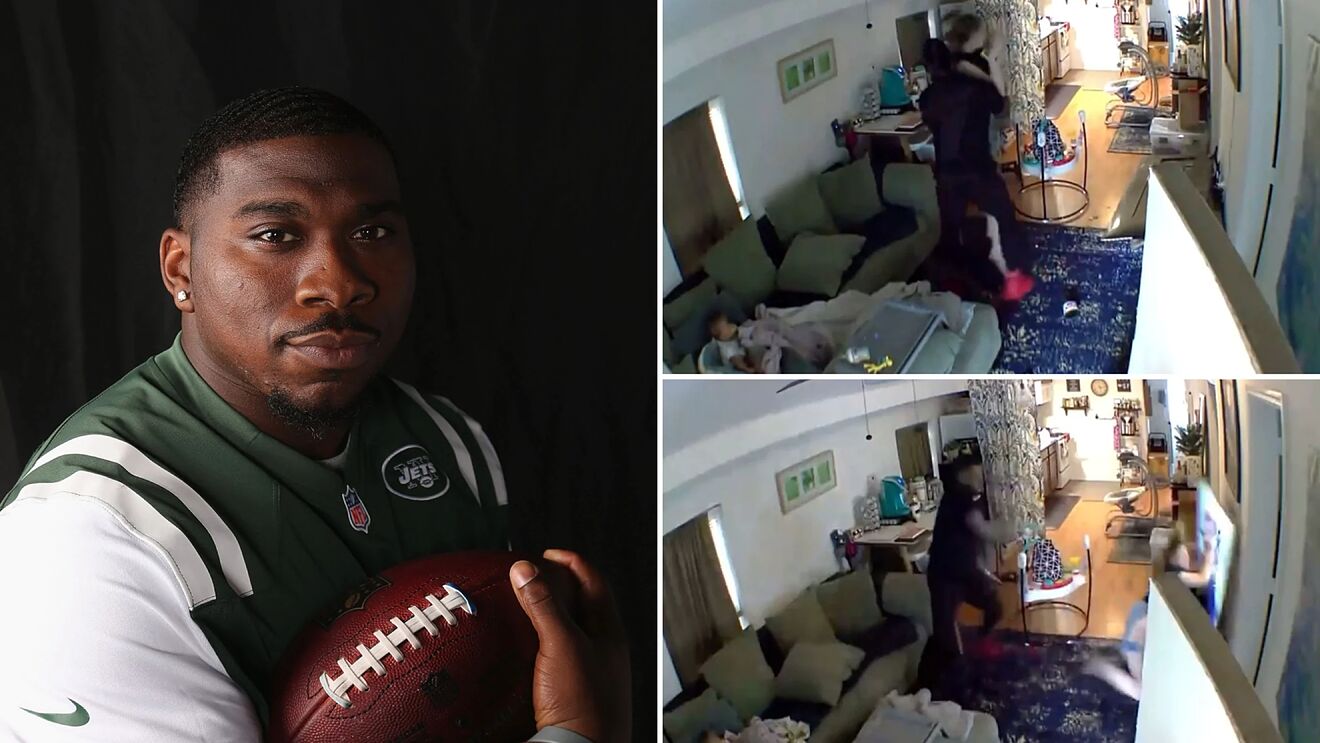 It’s been just revealed that Zac Stacy has been released from jail. Check out all the available details here.

‘According to @wesh2, #ZacStacy has been released from jail on a $10,000 bond. He has been ordered to stay away from his ex, surrender his passport and guns. If you recall, a viral video showing the ex NFL player assaulting his ex-girlfriend surfaced last week. Stacy is charged with aggravated battery and criminal mischief,’ TSR said.

Someone posted this: ‘Another reminder that the system is broken. Please put that woman and her child in protective custody. He is dangerous and will likely want revenge.’

Someone else said: ‘Maybe they ain’t see how far he tossed her. Throw the whole attorney away,’ and a commenter posted this: ‘Nothing surprise me anymore with this justice system.’

A follower said: ‘Why tf they give him bond?? Messed up system!’ and someone else posted this: ‘This is so sad and this is why women don’t press charges.’

Someone else said: ‘I think the whole November need to be on the calendar.’

Ex-NFL player Zac Stacy was filmed attacking his ex-GF while his son was close. Check out the complete details in the notes that are presented by The Shade Room.

TSR noted that there is a circulating video that allegedly shows ex-NFL player Zac Stacy brutally attacking his ex-girlfriend and mother of his child, according to TMZ.

‘The video originated about 13 hours ago on an Instagram page by the name Kris Evans,’ TSR notes.

TSR continued and said that ‘The caption of the post identifies the woman in the video as the mother of Zac’s son. The infant is captured on camera laying on the couch just a few feet away, as Zac hits, yells at and slams the mother into objects like a television and baby Walker.’

TSR continued and explained that ‘Per TMZ, the incident occurred at the ex-girlfriend’s home this past Saturday. Their sources say Zac became angry during an argument. The woman is heard pleading with Zac as he continuously slaps and launches her around the room. She reportedly called the police immediately after Zac left and filed a restraining order.’

Someone said: ‘I have seen the video and yeah he going to the big jail!’ and more people agreed to the comment.’

Another follower posted this: ‘So glad there’s video footage..if she would’ve made a statement,y’all would’ve said shes clout chasing, that’s just how sad y’all are. This is so phucked up.’