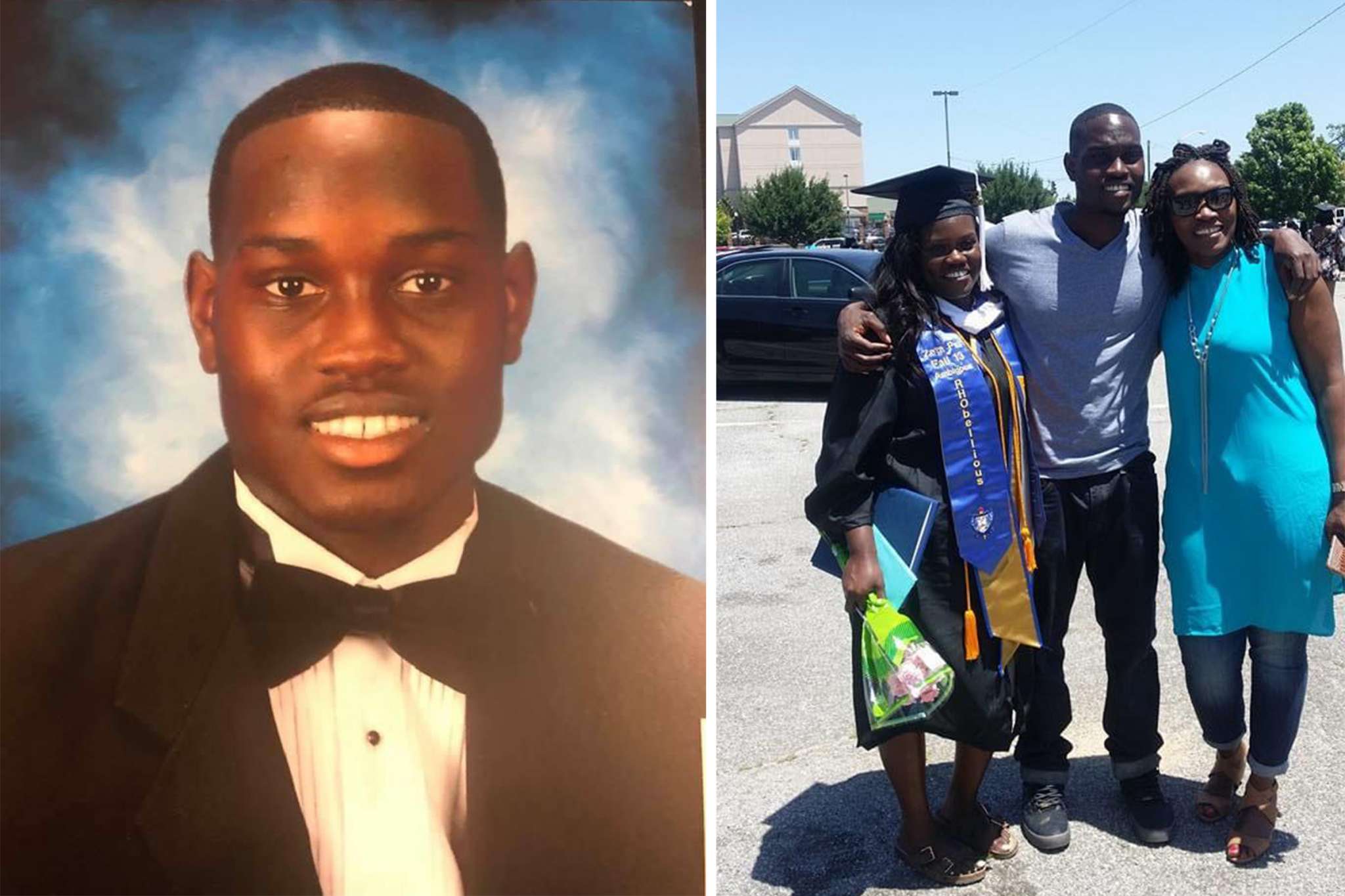 It’s been revealed that his father, Marcus Arbery, also spoke out following the guilty verdict.

‘Standing in front of the courthouse, he thanked God, supporters, and protesters. In addition, he said history was made today!’

Marcus also stated, ‘For real, all lives matter. Not just Black children. We want to see nobody go through this. I won’t want to see no daddy watch their kid get left or shot down like that. So it’s all our problem.’

Someone said: ‘even in the worst situations we stay humble,’ and a commenter said: ‘When he said, all lives matter and that he don’t wanna see no one go through this. I FELT that. Very selfless of him.’

One other follower said: ‘And please don’t take his comment the wrong way. He’s saying no matter anyones race, nobody deserves to lose their child. We know black lives have NEVER mattered when it comes to justice, accountability, and law enforcement…However, he’s speaking from the pain of losing a child. And I agree that no parent of any race should have to bury their child due to a deplorable murder!’

A follower posted this message: ‘ As “All Lives Matters” Sounds Better When The Person Isn’t Being Confrontational. Justice Was Served.’

Someone said: ‘I can’t imagine the pain and the relief he is feeling at this very moment.’

A commenter said: ‘Let’s keep fighting! I agree that NO PERSON, black, white, or other should go through the pain of losing a child. We ALL matter and it should be that way, however I will forever scream that BLACK LIVES MATTER. We must always remember that!’

A follower posted this message: ‘Now lock up the former District Attorney who tried to cover up this killing, revoke her license and review all her previous cases involving Black people!!’

Someone said: ‘Candace Owens sure is silent after all that she said question Amaud innocence. I guess she didn’t get the verdict she wanted!’