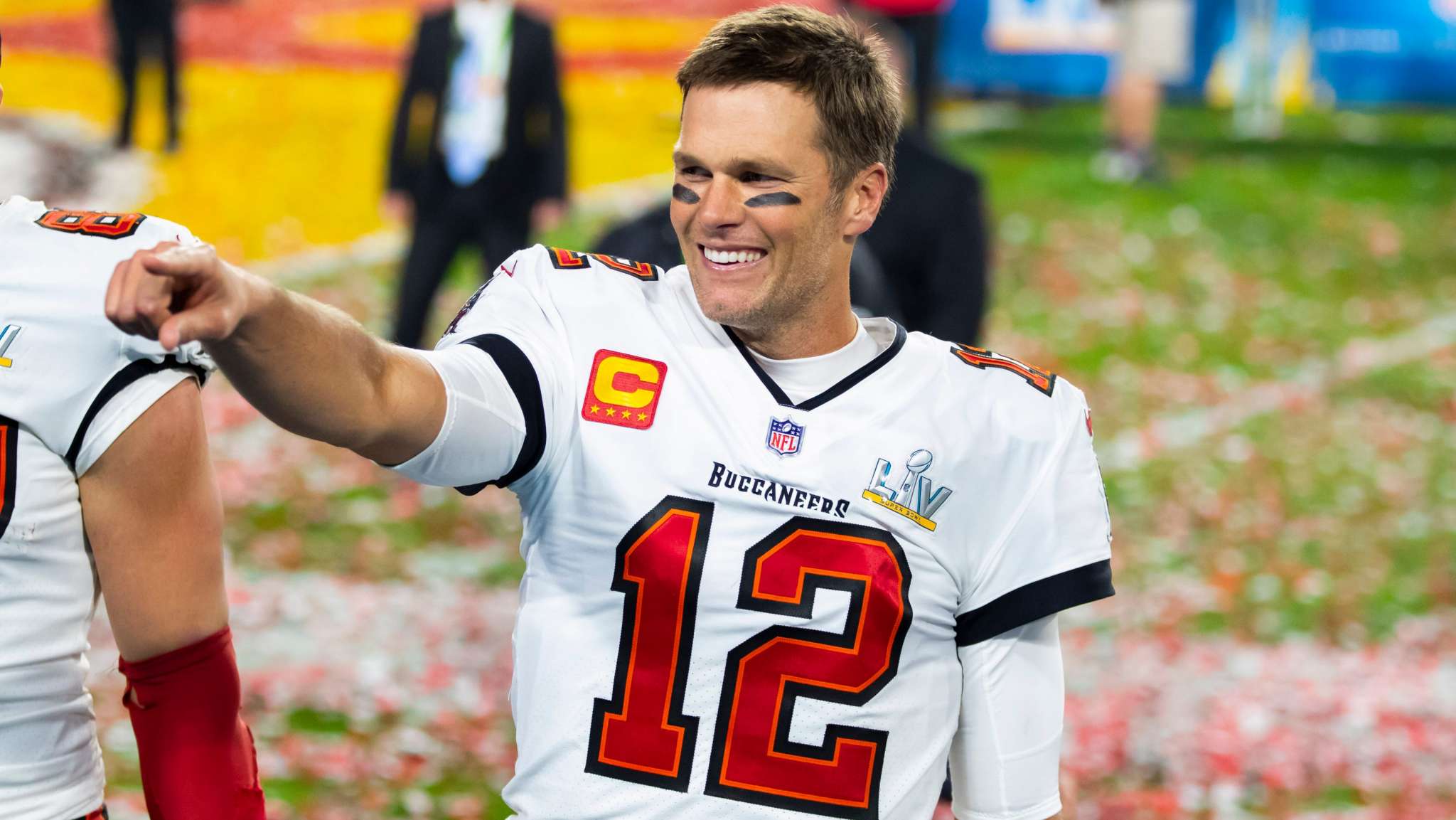 ‘They don’t call #TomBrady the GOAT for nothing! Today during the game with his team, Tampa Bay Buccaneers Vs. his former team, the New England Patriots it went down! The game was so good that Brady has been trending for hours on Twitter!’ The Shade Room said.

TSR notes that ‘In the first quarter, Tom completed a 28-yard pass to receiver Mike Evans to reach 80,359 yards and surpass the record of 80,358 yards set last year by Drew Brees, according to @foxnews! If you recall, Drew, who played on the New Orleans Saints, retired at the end of the season last year.’

One other follower said: ‘I hate Tom Brody so much but i respect him to the max. Shit weird watching him play. I be hating & entertained asf.’

A commenter posted this: ‘This is not espn . Most of these women on here want gossip not this shit,’ and one other follower said: ‘I know the Patriots want to throw up.’

Someone else said: ‘And did it on his former team that’s a classy way of flexing on ya ex.’

Back in April, we were reporting that Tom Brady and Gisele Bundchen have been married for over a decade so they were bound to change and influence each other during all these years.

That being said, the sportsman opened up about the man he is today and stressed that it’s all thanks to his life partner.

Back in February, Tom and Gisele celebrated no less than 12 years since they became husband and wife.

Asked what he hopes to teach the young ones, Tom mentioned that he really wants to keep them grounded and have them realize that nothing comes easy in life.

‘I think trying to keep them grounded and to understand that a. they’re going to have to work hard and b. mom and dad’s life is really unique in this world. I do not want them to take all those things for granted, I want them to make an impact in the world but they’re going to make it in their way too.’