Bhad Bhabie Addresses The Cosmetic Interventions She Had Done - yuetu.info 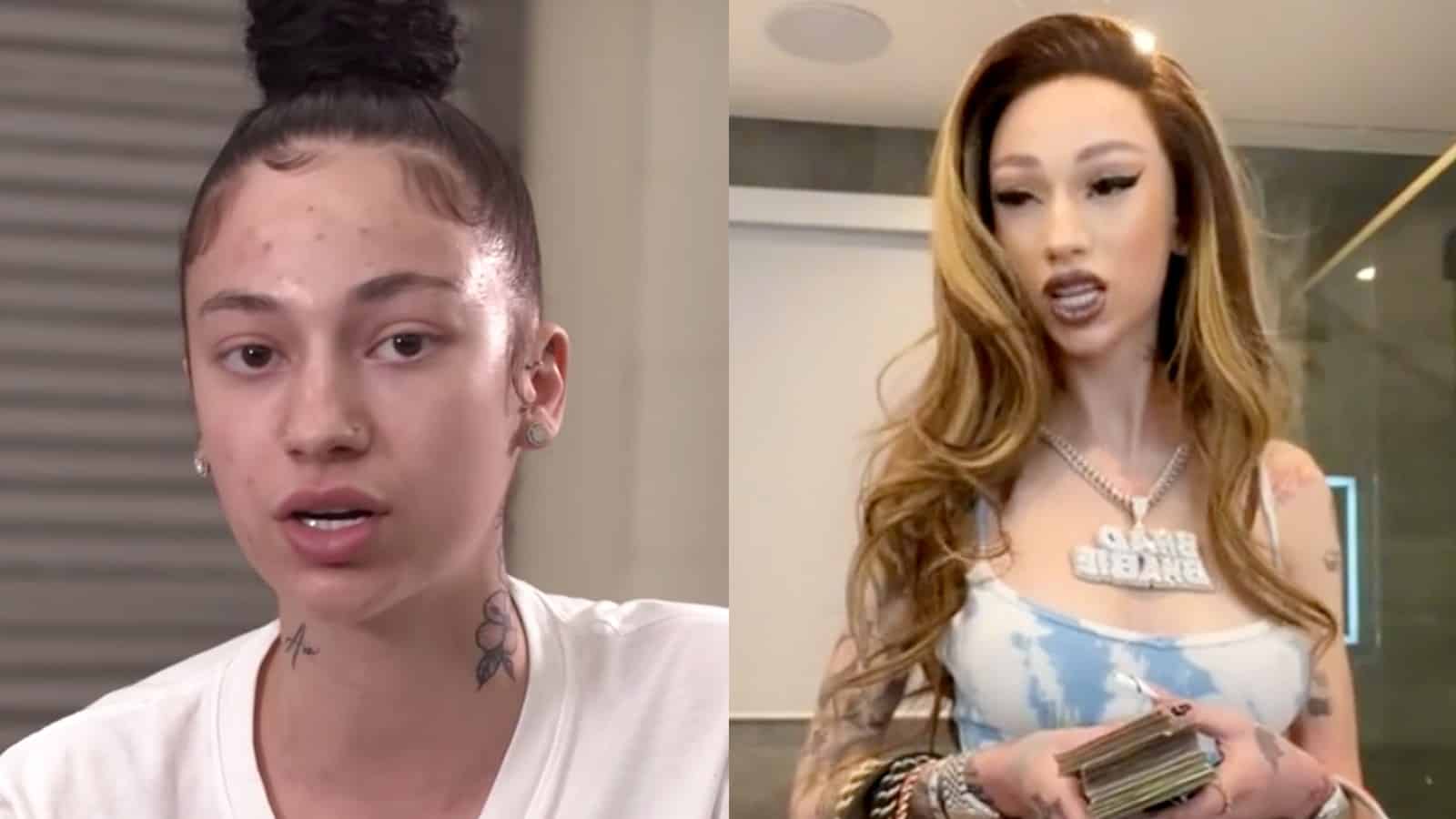 Bhad Bhabie addressed the cosmetic interventions that she had done. Check out what she had to say and also take a look at some of the fans’ reactions.

‘I got 1/2 syringe of lip fillers a couple of months ago, veneers and Sculptra and silicone in my butt I’ve told y’all that multiple times. What’s the point of my wearing makeup if it doesn’t make me look better? I’m only 18 why would I get full facial reconstruction surgery when I don’t even know how I’m gonna look when I get older?’ she began her post.

She continued and said: ‘Only when I wear make-up and/ or wigs do y’all say I got surgery and compare it topics of me at 13… no one else looks the same at 18 as they did 13 14 everyone has a glow up. Some ppl was ugly ass hell as kids and look amazing now. Yall literally have all grown up y’all know what goes on. When I do get my nose done I will b glad to let y’all know but the funny thing ab me is I’m scared as hell Of being put under anesthesia so I would never even do that over some looks only if it was a life or death situation or something for my health.’

Someone else said: ‘You don’t even need to explain yourself honestly, at this point they just want a reaction from you.’

A commenter [psted this: ‘Ig we not supposed to grow up and look different you’ll feel 100% better if u don’t worry abt them,’ and a commenter said: ‘Shorty talks about how much this didn’t make her but talks about it once a month.’

One otheer follower said: ‘Girl stop letting these folks get you outta character , if you ain’t got no haters you ain’t poppin !!!’

A commenter wroet this: ‘We need to literally do live of the step by step transformation doing makeup. Haters will still say it’s photoshopped and plastic surgery.’

Someone else said: ‘No one looks the same way they did when they were 13. if I looked how I did back then I’d be doomed. Idk y everyone’s mad.’

A follower said: ‘She has filler now she did all that talking about Kylie but she got some.’

Someone else said: ‘You are beautiful regardless of what you have had done. The haters are the ones who forget to look in the mirror and realize they also have flaws and insecurities. I don’t know how you deal with it day in and out, Tough skin for sure.’

A fan said: ‘exactly! people dont look the same when they get older, and people need to stop thinking girls have plastic surgery when its just makeup, thats the point of makeup.’