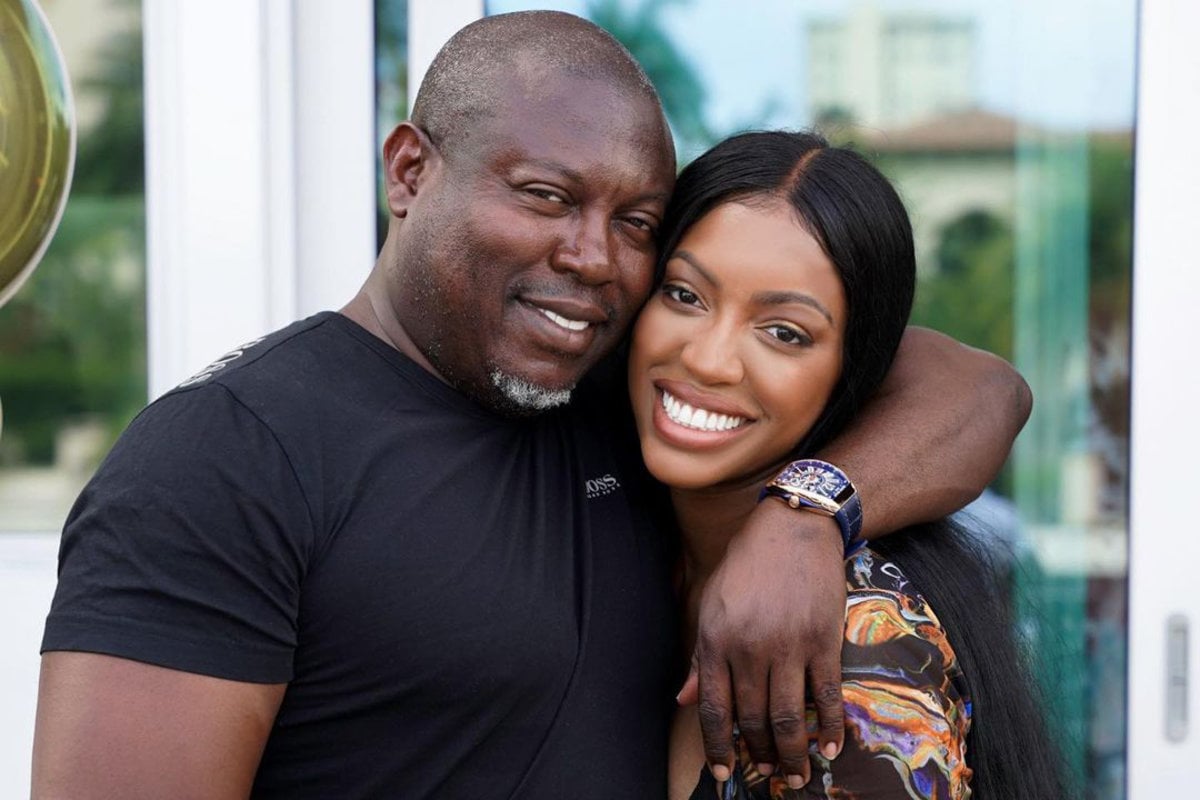 It’s been revealed that Porsha Williams‘ man, Simon Guobadia sent something to his home and had his ex freaking out. Check out the latest reports about all this.

The Shade Room noted that Falynn Pina got some things off her chest about her ex-husband Simon Guobadia.

‘As we reported, in a series of posts, she claimed that Simon stalks her, posts subliminal captions about her & her man Jaylan Banks & sends packages to her home,’ TSR noted.

‘Well, we reached out directly to Jaylan, and he brought the receipts! He alleges that the drama has been going on for months and that he & Falynn changed their numbers and moved from her previous Sandy Springs, GA townhome. The couple now lives in Duluth. However, the move didn’t stop the alleged harassment from Simon. Jaylan claims that Simon sent packages to him & the expectant mother of his child’s home on August 24th while they were out of town,’ TSR notes.

‘God knows how this dude got the address to our new house,’ he explained.

Jaylan agreed that Simon’s behavior is odd. He said, ‘You know how us men like to act in the beginning like we not hurt but deep down we are.’

Also, TSR said that ‘In addition to the packages being sent to the couple’s home, Jaylan claims whenever he & Simon happen to be at the same club, there is drama there too. He claims when he walks into a venue, Simon leaves within 5-10 mins. He also alleges that Simon alerts the owners to try and prevent Jaylan from entering.’

Someone said: ‘Don’t believe the hype! That’s Simon old house and he let homegirl have it and she moved her man in 🤣 Lmaoo sike let me stop.’

A follower posted this: ‘I ain’t gone lie 😭 niggas def get crazy after a break up 🤣 especially when they tried to move on too fast in beginning.’

One other commenter said: ‘Ain’t her name spelled wrong though??’ and someone else said: ‘Hard for me to believe her after her estranged husband proving she’s been cheating smh.’

A follower said: ‘I don’t believe nothing y’all say .. Caz I don’t see nothing that indicates he sent anything,’ and someone else posted this: ‘No one cares gurl 😑 You lied from the gate and this storyline drying out tf 🙄’

A commenter posted this: ‘Y’all need to stop bullying that girl. You can tell she’s telling the truth and he’s wrong as hell for this! If you’ve been around a narcissist then you would know this is the type of stuff they do. Sounds about right!’