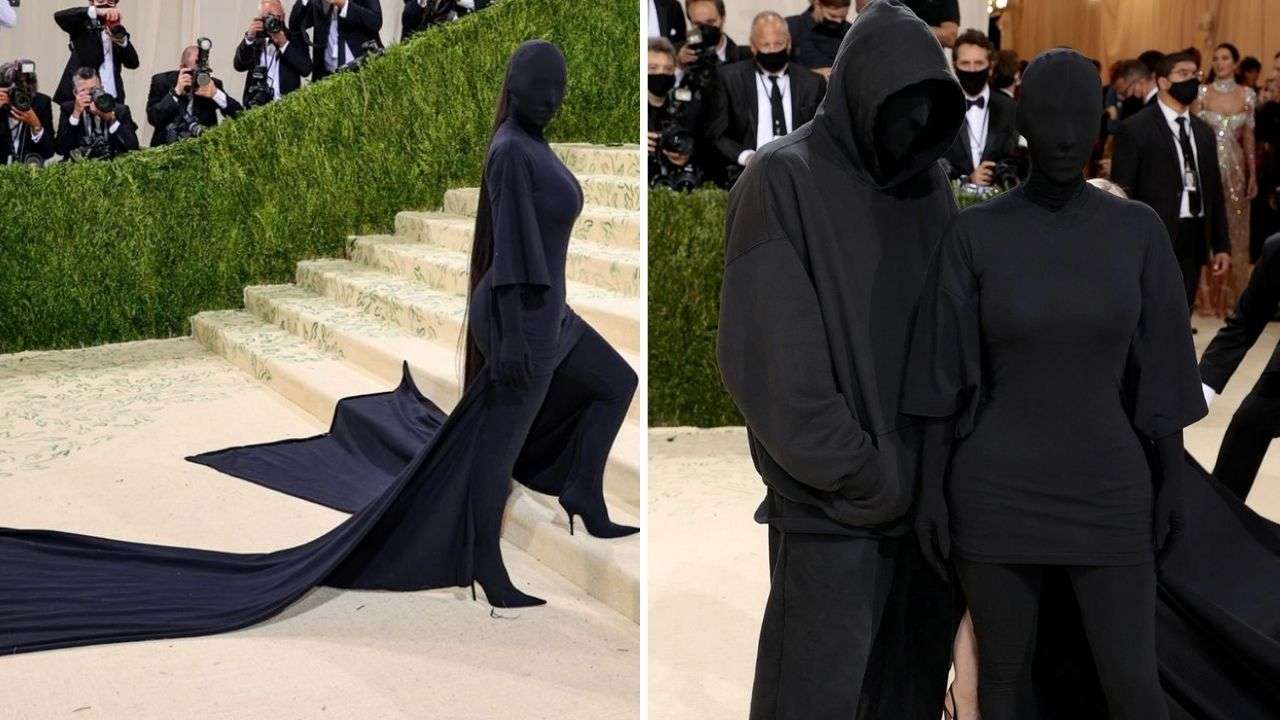 Kim Kardashian attended this year’s MET Gala with Kanye West. Shortly after, she dropped a message on her social media account that had people talking. Check it out below.

Someone said: ‘After she was matching with Kanye yesterday 😭girl pls’ and another follwoer posted this: ‘She says this.. but still going to be dressing up for Kanye like Harley Quinn for the joker.’

One other follower said: ‘She realized her met gala outfit dedication to Kanye ain’t work. That’s what her sis was tryna tell her last night 🤦🏾‍♀️’ and a fan said: ‘But she forced herself into that nonsense ass outfit yesterday 🤦‍♂️’

One fan said: ‘She wore that face covering last night and Kanye ignored her texts this morning. It happens,’ and a fan said: ‘Kinda like that all black, predator/alien inspired outfit you been wearing to hide your new procedures…🙏🏾.’

Someone else said: ‘Dang sis wore that dumb outfit yesterday for nothing😂,’ and a commenter posted this: ‘So you’re saying you dressed like that last night for nothin basically?’

A fan said: ‘Girl you been forcing them dumb outfits on us . if you tired of Kanye stop wearing his outfits . Enough is enough 😂’

Not too long ago, it’s been revealed that Kanye West‘s manager dropped some interesting news and his relationship with Chris Brown. The Shade Room has the complete details about this subject, and you can check them out below.

TSR notes that according to TMZ, things are all good with Breezy and Kanye West. As for Drake, the beef is squashed but under one contingency.

In an exclusive interview with TMZ, Bu Thiam, Yeezy’s manager, stated that ‘Breezy and the Chicago rapper worked things out after Breezy stated Kanye was a “h*e,” when his featured song didn’t make #Donda.’