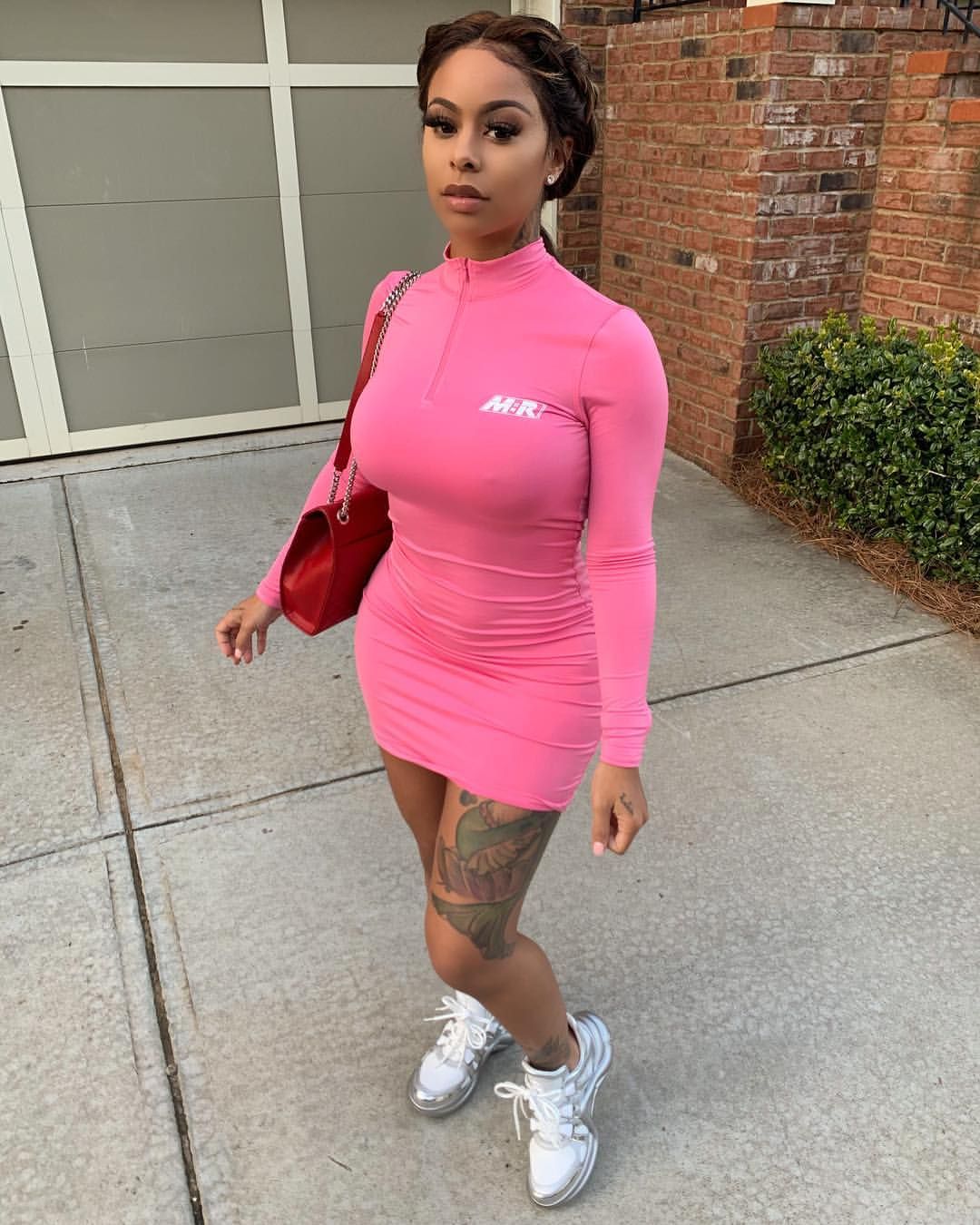 Alexis Sky’s baby daddy responds following the latest accusations that she dropped about his. Check out what happened, as revealed by The Shade Room.

‘Alexis posted a message to her Instagram story alleging that Brandon was neglecting his responsibilities as a father and suggested that she’s playing both mom and dad to 3-year-old Alaiya,’ TSR said.

They continued and noted that ‘Brandon, who bills himself as an entrepreneur and businessman, says he’s “100%” in baby Lay Lay’s life, and though he denies Alexis Skyy’s claims, he tells us he doesn’t have to drag her name to defend his.’

‘I will never bash or slander anyone’s name. No matter how wrong they are or even create false accusations about me,’ Brandon exclusively told TSR.

Someone said: ‘he cleared his name quicker than she knew who the real daddy was ‘

Another follower posted this: ‘wouldn’t believe shit out this girl mouth after lying bout the baby for yrs’, and one fan said: ‘So u gave all the right babymamas hell knowing damn well Fetty wasnt tha baby daddy i guess Masika was right.’

Someone else said: ‘I don’t see the purpose of people bashing their BM or BF . They laid with them..what’s the issue now’ and a commenter posted this message: ‘Can we normalize just doing what we gotta do for our kid/kids and not worry bout if the other parent there or not?? Still gotta be a parent at the end of the day no matter if the daddy there or not ..’

A commenter said: ‘Now everybody be sad to leave they kids to go to work … mhmmm us middle class folks DO NOT COMPLAIN we get the job done.’