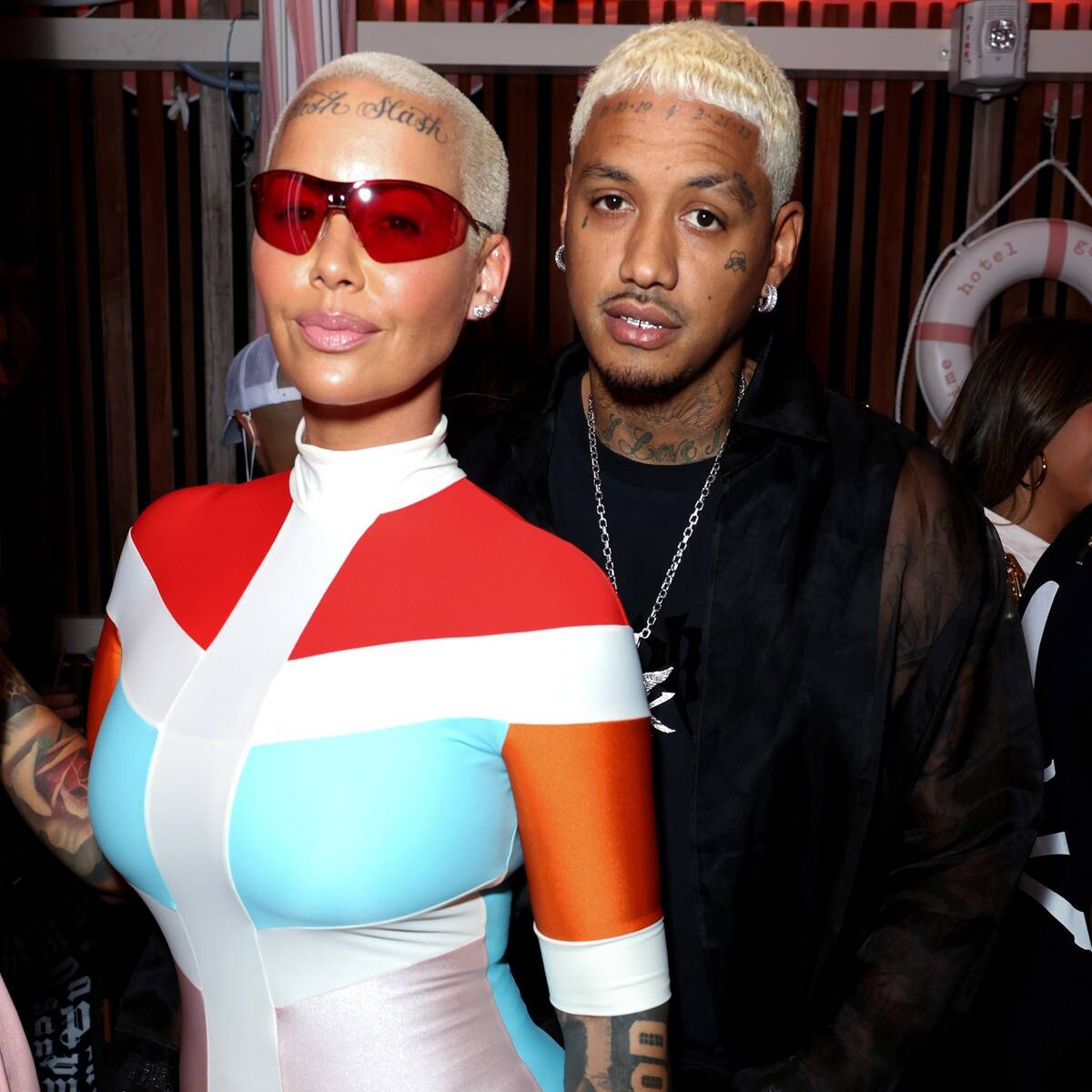 It’s been reported that Amber Rose revealed the fact that her BF AE Edwards jas cheated on her. She says that he did it with at least 12 women.

‘I’m tired of getting cheated on and being embarrassed behind the scenes,’ she wrote in a series of Instagram Stories Wednesday.

‘All 12 of y’all bums (The ones that I know of there’s probably more) can have him. Y’all very much knew he was in a relationship with a baby and y’all decided to f–k him anyway.’

‘I saw all the texts and DM’s. Y’all were well aware but y’all don’t owe me any loyalty so it’s whatever,’ she added.

The Slutwalk founder added that she’s refraining from exposing the women who allegedly knowingly slept with Edwards.

‘I can’t be the only one fighting for my family anymore. I’ve been so loyal and transparent but I haven’t gotten the same energy in return. I’ll never say the girls’ names because I’m not in the business of ruining lives but y’all know who you are.’

‘As for him… The lack of loyalty and the disrespect is ridiculous and I’m done,’ she went on, implying that the couple has split.

She also called out her mother, posting, ‘My raging narcissistic mom can get the f–k out of my life too. On my kids.’

Someone said: ‘On behalf of the streets, we are happy to have u back love 😍’

A fan said: ‘I always wanted to go to one of her events! Congrats Amber’ and a follower posted this: ‘Heading to the screets again I presume.’

A follower said: ‘Congratulations 🎉 Queen 👑 after the storm there will always be sunshine ☀️’ and someone else posetd this: ‘Throwing a parade for the 12 side chicks who knew about you ☻’

A fan said: ‘But wasn’t she just crying about cheating on and she’s still doing this 😂😂’ and someone else posted this: ‘Why it feel like we still in 2020 😭 I was bout to say damn that’s far away lol.’