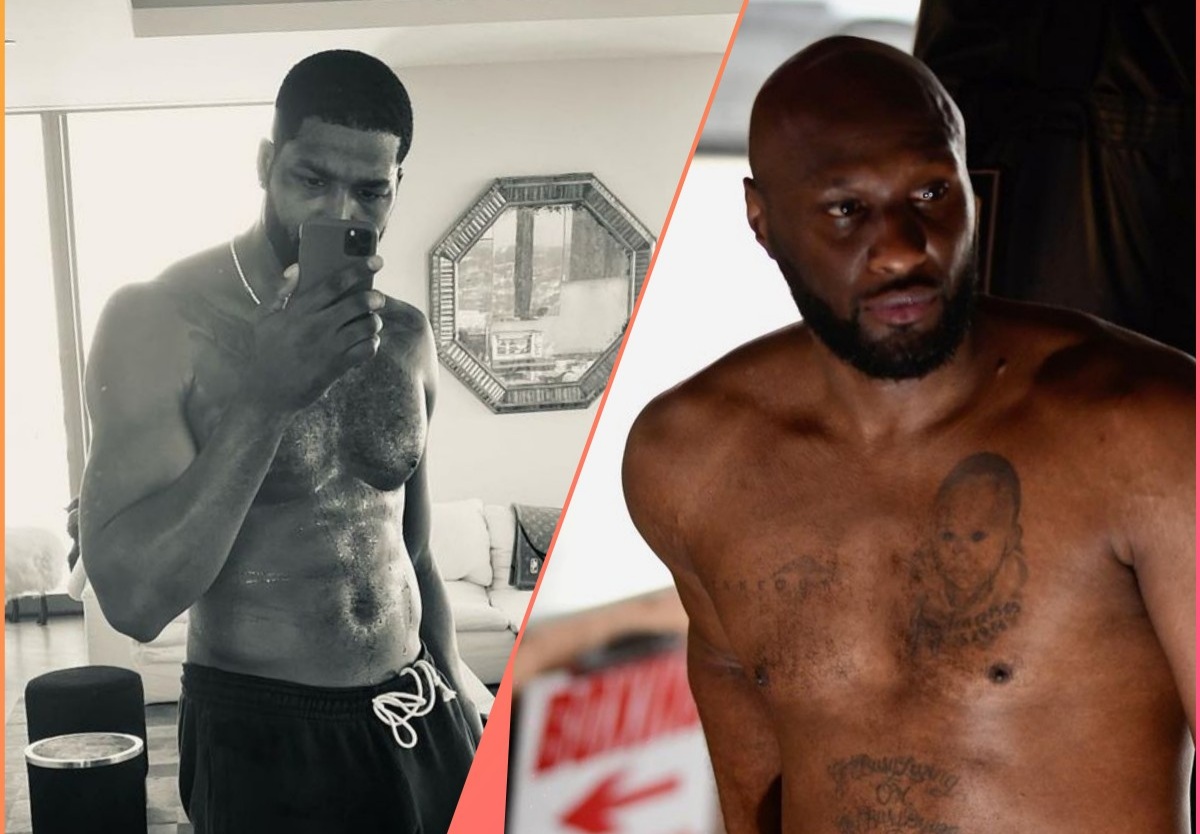 Lamar Odom had a few words to say about Tristan Thompson. The Shade Room notes all the details, and you can check them out below.

‘Last week, the battle of Khloe Kardashian’s exes unfolded on the ‘gram after #LamarOdom commented “hottie” on Khloe’s page. Tristan Thompson said ‘Aht Aht’ and called out Lamar for the comment and seemingly threatened him by referring to his previous nearly fatal overdose. Although it played out online, it seems like Lamar might be over the situation,’ TSR notes.

‘In a sit-down interview with #TheMeganPormerShow, Lamar said that things with Tristan could have turned ugly but left the issue alone because Tristan doesn’t know him. He continued speaking about Tristan saying, “He’s a Black man, he’s in the NBA, so we’re fraternity brothers at the end of the day.” Lamar said he would leave it at that, but it was clear that he felt Tristan made a mistake about his comment towards him. Lamar ended up wishing Tristan the best in the end,’ TSR said.

Someone said: ‘I like how grown he being about this, cause Tristian was acting like he been loyal his whole relationship with Khloe.’

One other follower posted this: ‘What fraternity y’all with KAK “Khloe Alpha Kardashian “😂😂’ and a follower said: ‘Fraternity brothers?? Sounds like code for “bro we both been clapping that” 😂’

A commenter said: ‘We’re brothers we’re happy and we’re singing and we’re colored GIVE ME A HIGH 5 looking a** ‘

Just the other day, it’s been reported that Lamar Odom may have flirted with Khloe Kardashian, calling her a ‘hottie’ under one of her sexy posts, but that is not to say that she is willing to reunite with her former husband. Here’s why the Kardashian is not planning on taking Lamar back!

One insider told E! News that Khloe has zero interest ‘in connecting’ with Odom once again.