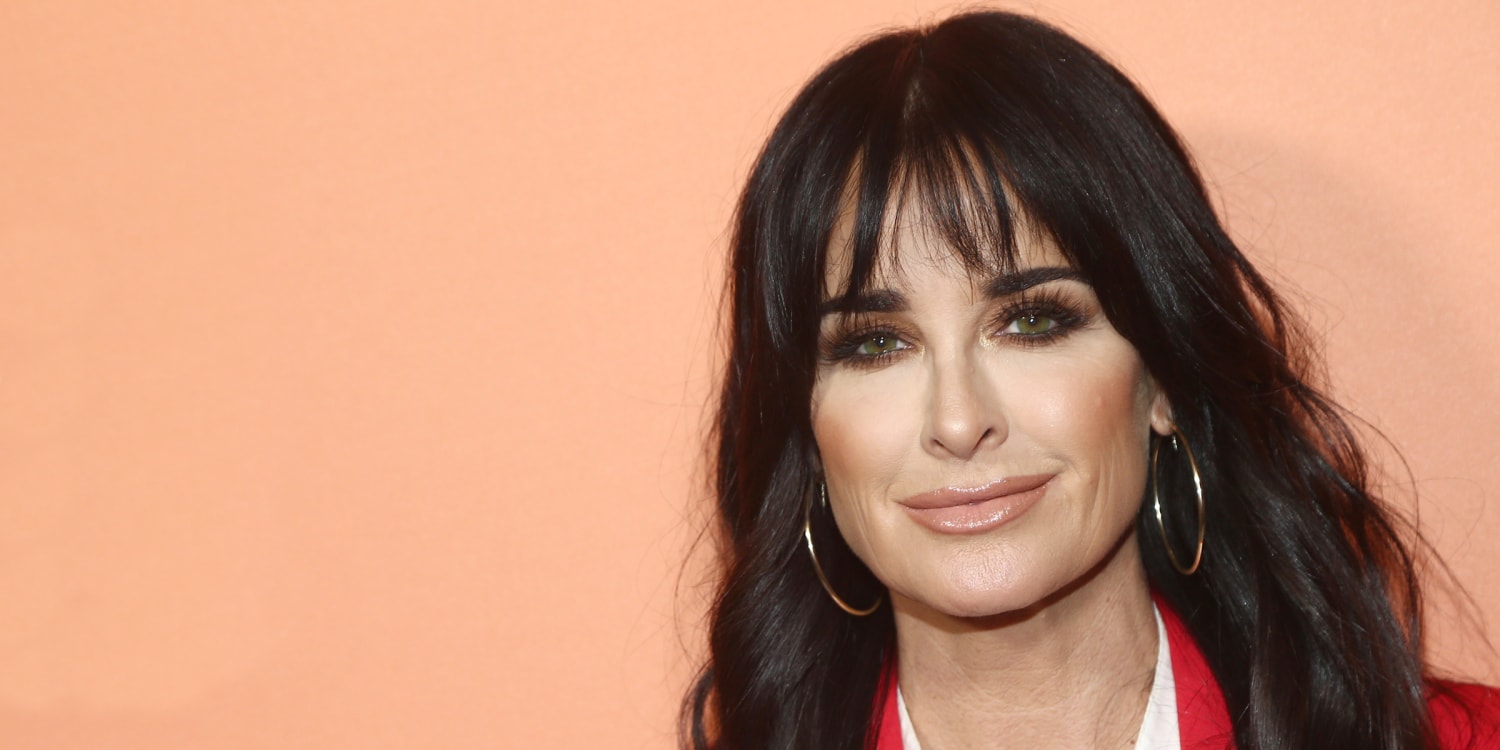 Kyle Richards took to her platform of choice to pose in a tiny bathing suit, and also joke about being ‘thirsty,’ although that word would have definitely fit her fans better after seeing the pic! The Real Housewives of Beverly Hills star was wearing a black and neon two piece in the mirror selfie she posted and you can check it out here!

The reality TV star and mother of four was also rocking a blue hat but instead of having it on her head, she was holding it in her hand while posing in what looks like a bathroom.

Kyle’s followers could not help but gush over her incredible body at 52 years old, the star showing off her bard abs and toned frame in the snap.

As for the caption, it reads: ‘Like my hat? #thirstythursday. I’m upping my game cc.’

She also made sure to tag her co-star and friend Lisa, as well as rapper Drake, which is actually a callback to the newest episode of RHOBH in which Lisa told everyone in the cast, including Kyle, that Drake follows her on social media!

With that being said, it sounds like Kyle was joking that she is making an effort to look good so that Drake follows her as well!

In the episode, the other ladies were understandably impressed by Lisa’s reveal and it appears that the whole thing inspired Kyle to make this joke.

The ladies in the cast were very supportive of her attempt to get a follow from Drake, Lisa writing in the comment section: ‘GO OFF!’

It sounds like everyone believes Kyle Richards definitely deserves to get the attention and a ‘follow’ from Drake!