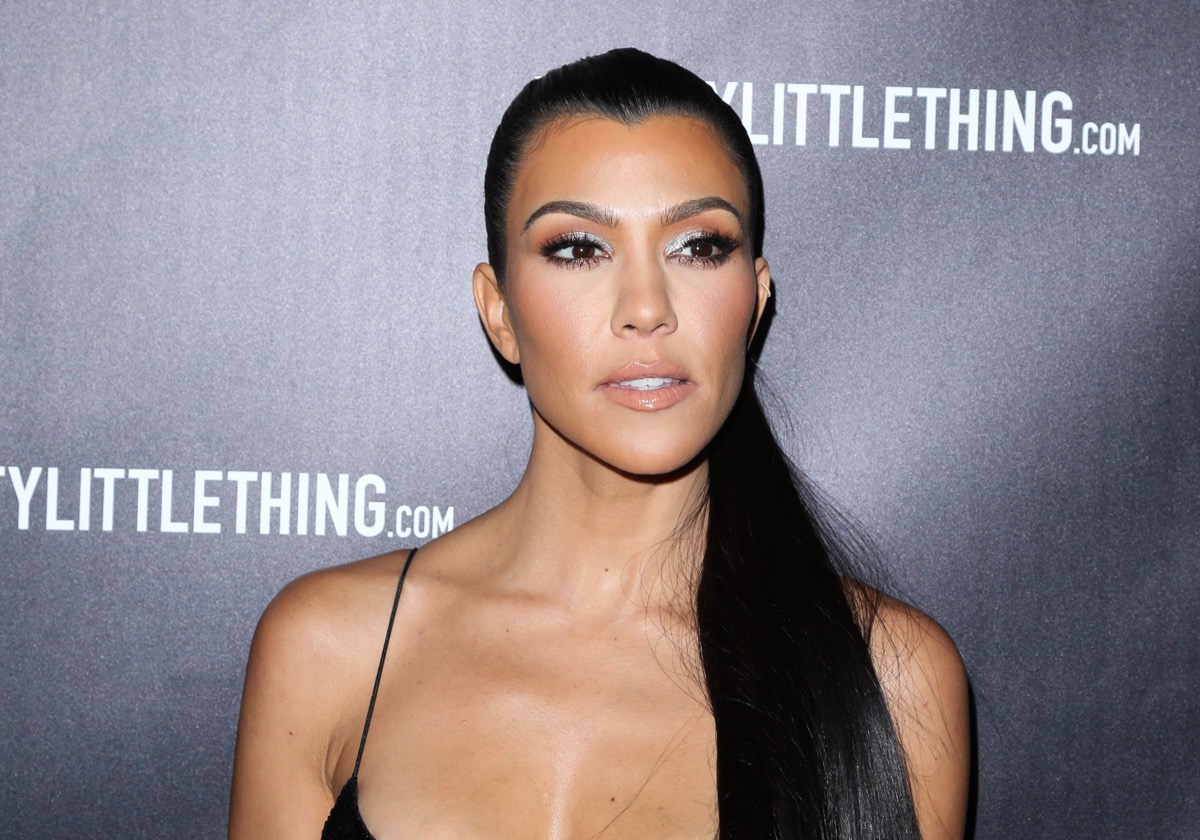 The KUWTK star took to her popular social media platform to share some stunning new pics from a night photoshoot at the pool, the only source of light being…herself! Kourtney Kardashian was wearing a white swimsuit in the snaps and she posed for the camera like a pro!

As mentioned before, the photos were taken at night which means that they were mostly dark.

However, to make Kourt look rather ethereal, they were edited in such a way that the white two piece bathing suit was emitting a strong, luminous glow.

Fittingly enough, since she looked like a dream in the pictures, the mother of three captioned her post with: ‘life is but a dream.’

These new snaps made their way to the internet in the middle of speculations that she and her current boyfriend, Travis Barker, have secretly gotten engaged, or even tied the knot in Las Vegas not too long ago!

Of course, nothing has been confirmed yet but it has to be mentioned that the rumors started when Kourtney’s makeup artist shared a pic of the two on IG, writing in the caption: ‘NOWWW I understand why ppl tie the knot in Vegas. There’s nothing like love AND a good time.’

Not only that but, Travis’ 15 year old daughter Alabama did nothing but add to the rumors when she reshared the same pic on her IG Stories, writing alongside it: ‘So happy for you guys.’

These are actually some major clues and it makes sense why fans would be convinced.

However, one source told HollywoodLife that ‘Kourtney and Travis didn’t get married in Las Vegas and if they had, it wouldn’t have been announced through someone in her glam squad.’

While marriage is something they are not ruling out, for now, Kourtney and Travis would rather be more focused on their young ones, all the while loving each other just as much as if they were married!