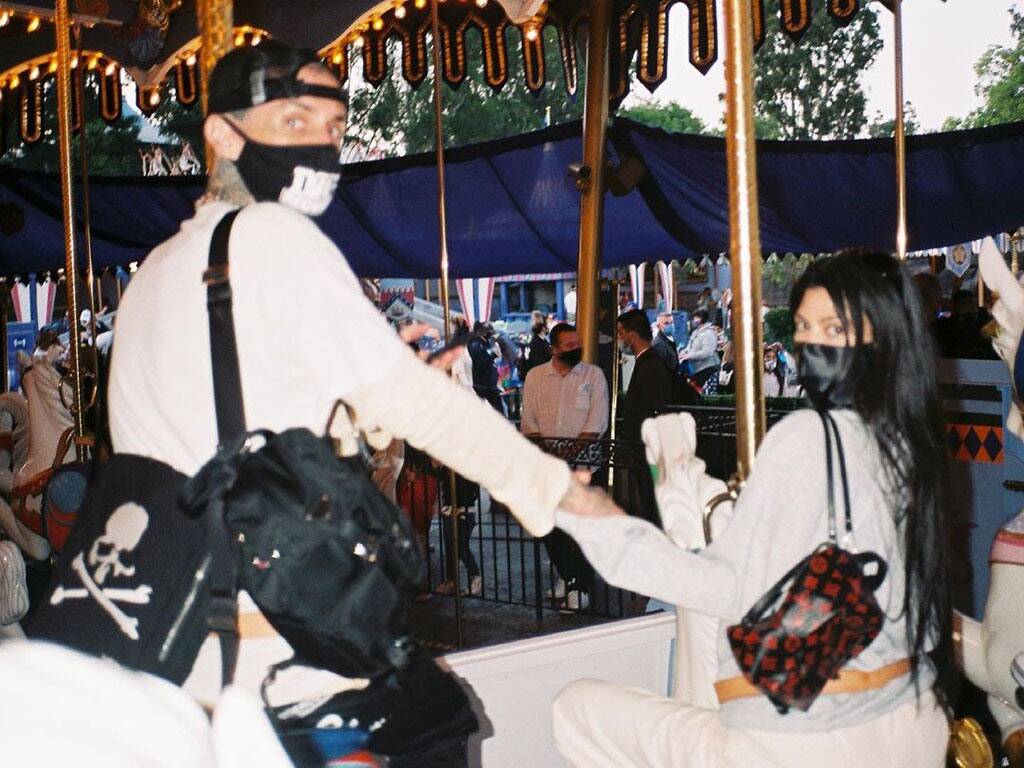 Kourtney Kardashian and Travis Barker are very open on social media when it comes to their romance, always sharing PDA and gushing over each other! With that being said, are they ready to take the next step in their relationship or not?

Well, it turns out that they are, indeed, ‘in it for the long haul’ so a marriage proposal might not even be that far off!

Despite the fact that they have crossed the line from longtime friends to lovers pretty recently, since they have such a long history, it makes sense their romance has evolved so quickly so no one should be surprised if the Blink-182 drummer ends up proposing soon.

In fact, one source told E! News that they have already talked about their future together!

‘They are head just over heels and have never experienced love like this. Kourtney’s the happiest. Travis adores her and treats her really well. It is very different from her other relationships and all positive,’ the insider explained.

The source also shared that the couple is not ‘shy talking about their future plans of being together. It is a special love and they want to celebrate and enjoy it.’

Another insider also shared the same information, stressing that Kourtney and Travis are so into each other that they are already thinking of getting married!

‘Kourtney and Travis have already talked about marriage. It was an instant connection and such a bond since they became romantically involved. They’re in it for the long haul. Everybody in the family adores Travis and their families also mesh seamlessly. Kourtney’s so close with Travis’s kids and vice versa. They’ve become a family unit together and it’s so special.’

Do you think they should just go ahead and tie the knot or is it too early on in the relationship?