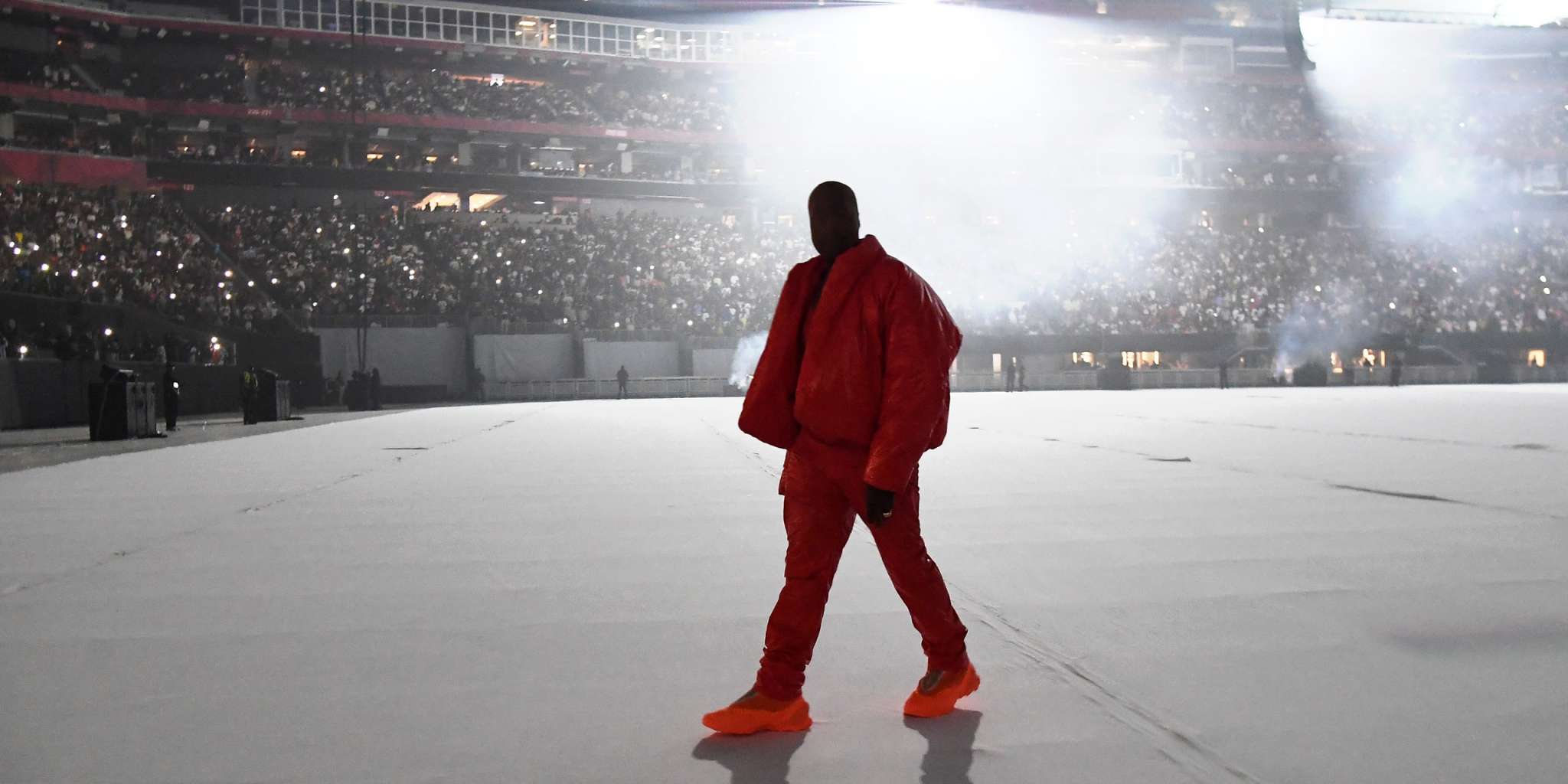 TSR noted that Kanye ‘is no stranger to breaking records and it appears he just set a new one regarding his recent #DONDA listening party in Atlanta. According to inside sources, Kanye West reportedly broke Apple Music’s live-streaming record for his listening party with over three million views!’

TSR continued and said: ‘For those who were lucky enough to attend Kanye West’s “DONDA” listening party at Atlanta’s Mercedes Benz Stadium, then you know that he managed to fill the 72,000 capacity venue with only a few hours’ notice, however according to @TMZ_TV that’s not the only record-setting numbers he earned that night. Inside sources reportedly say that Kanye’s listening party racked up a whopping 3.3 million viewers with just one viewing—which practically doubles the previous record-holder, the Verzuz battle between Jeezy and Gucci Mane that topped out at 1.8 million views late last year.’

TSR also said that ‘What makes this number even more impressive is that the 3.3 million is only for one viewing because the “DONDA” listening party was only available to be streamed live as it was happening, so there were no repeat views allowed. Additionally, if repeat viewings of his listening party were allowed, Kanye’s live-streaming numbers are said to have been much larger than they are.’

Someone said: ‘Breaking records left n right…I ain’t even mad at you Ye! Congrats 👏🏾!!! Aye @damitherealtor you up next to break records in the Houston Real Estate market! 🙏🏾💯🚀’

A follower posted this: ‘I wish he’d take them damn stocking caps off his face tho 😂’ and one other follower said: ‘Goes to show, all that canceling shit y’all was talking about him was 🧢’

Stay tuned for more news about Kanye these days.