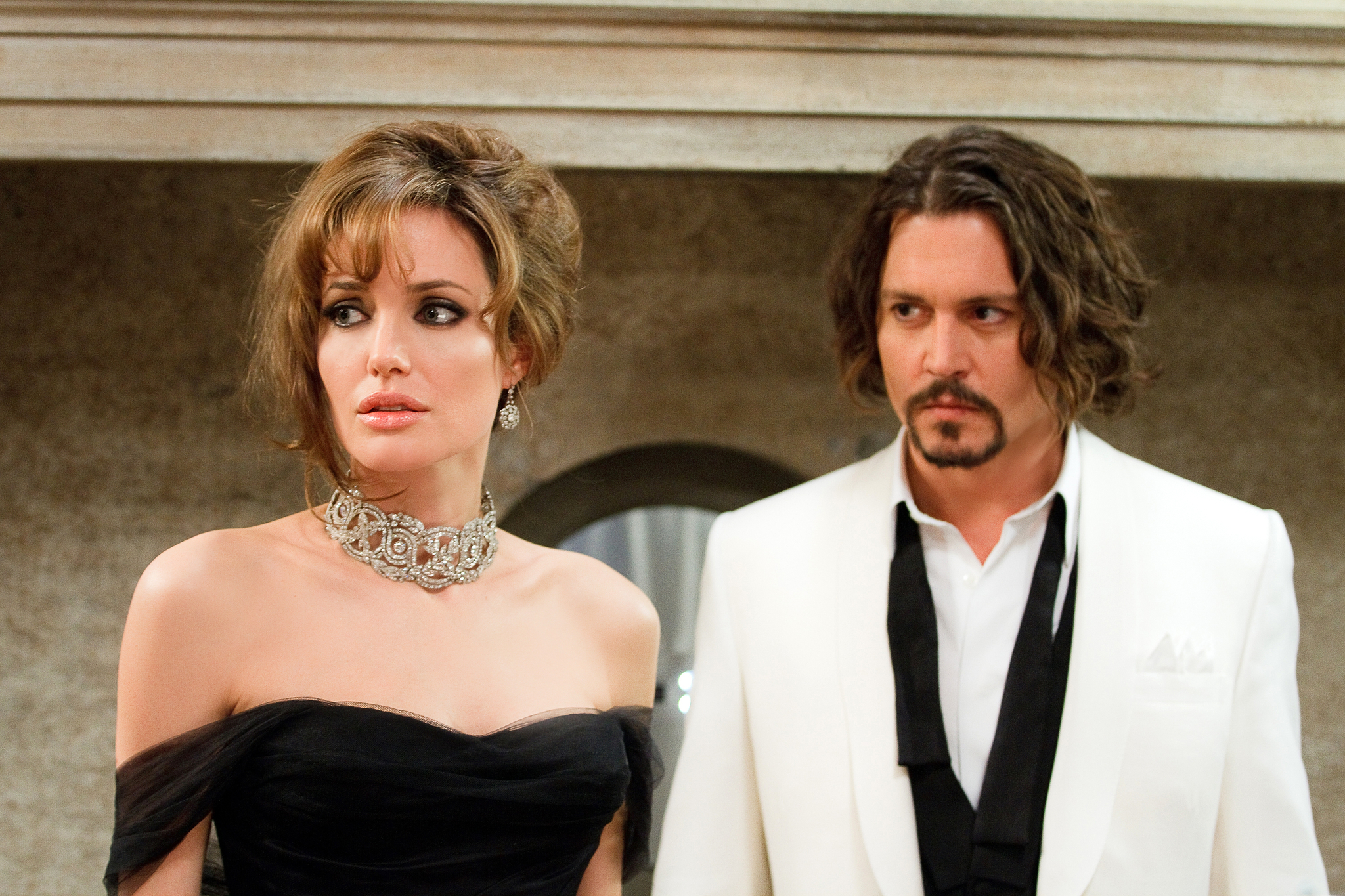 The Globe previously reported that massive Hollywood stars Angelina Jolie and Johnny Depp might be romantically linked together! More precisely, the report claimed it was a rather one-sided crush on the part of Johnny!

This came as a huge surprise for some fans since the two are, mysteriously enough, never really rumored to be dating in the tabloids or on social media despite the fact that they have known each other for a long time.

As you might know, Johnny Depp and Angelina Jolie starred together in the 2010 movie The Tourist, playing love interests on screen!

But one source tells the Globe that in reality, Depp has his eyes on Jolie and has taken active steps to ‘woo’ her!

Apparently, he has been ‘wooing Angelina with emails and sending her flowers. He is even cleaning up because back in the day Angie thought that he looked too scruffy.’

The same outlet goes to suggest that Jennifer Lopez and Ben Affleck’s reunion after so many years inspired Johnny to finally shoot his shot with Angie.

‘Johnny’s openly said that one of his biggest regrets in life was settling for a poor man’s version of Angelina when he dated Amber [Heard]. He has, by no means actually given up on love. He is just incredibly picky and guarded these days, and that is one big thing that he shares with Angie. She and Johnny both have a lot of battle scars and they are tough as hell, which is why many of their mutual friends believe they would be perfect for each other.’

Of course, in reality, there doesn’t seem to be much connection between the famous actors aside from the movie they starred in together more than a decade ago. – Certainly nothing recent!

When they are seen together it never really feels romantic either but who knows? Only time with tell if the unnamed insider is telling the truth or not.