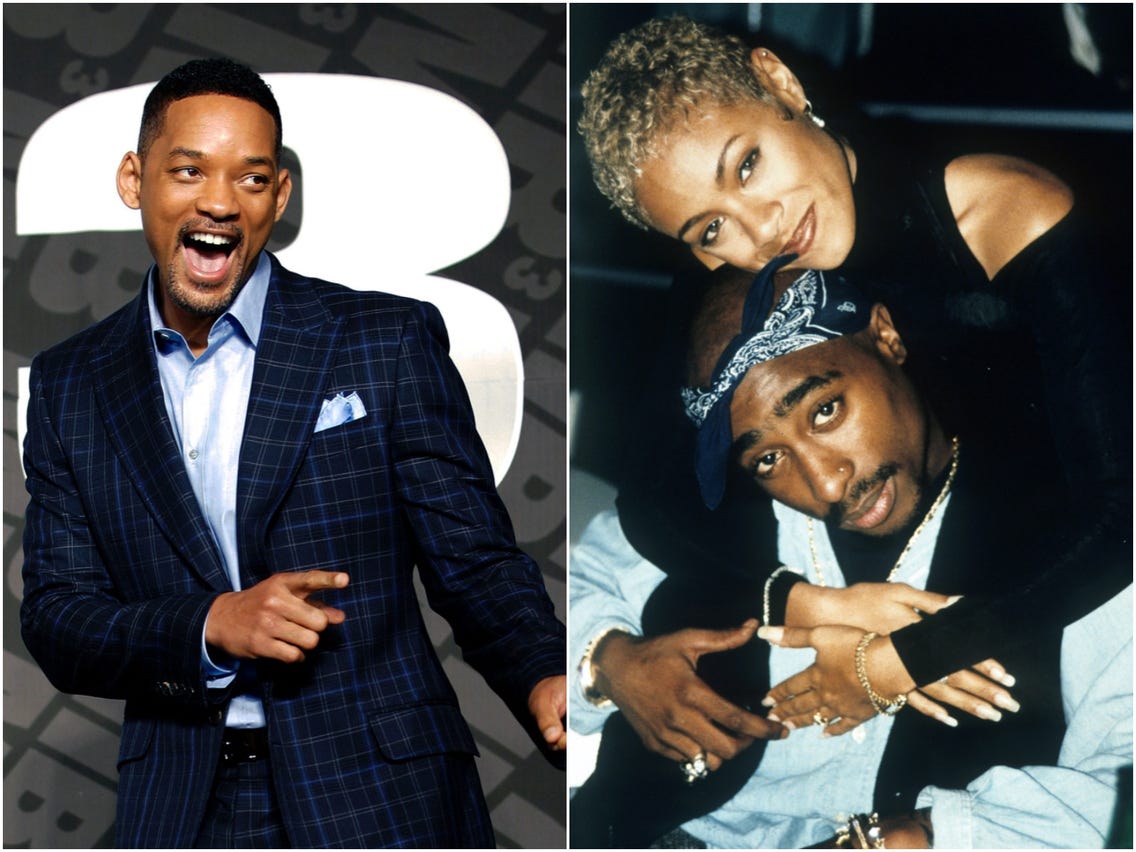 As you might know, Tupac Shakur and Jada Pinkett Smith used to be really close prior to his passing! With that being said, one of the rapper’s friends is now opening up about how Tupac reacted to her dating the Fresh Prince of Bel-Air actor and more!

It did not take Jada long at all to get married to Will Smith, but three months before they became husband and wife, she lost her close friend, Tupac, when the rapper was shot and killed.

Still, that means he was around to witness the beginning of their relationship and reportedly, his deep care and affection for the actress caused some serious tension between the three.

Now, a member of Outlawz Immortalz, Napoleon, shared some never before known details during a The Art of Dialogue interview!

‘I remember that when I first came around Pac, Jada was in a movie; it may’ve been the first movie that she starred in with one of the Wayans Brothers — I cannot remember the name of it. We went down to Atlanta and I was a kid and I am like, ‘This movie is boring’, but Pac was staring at the screen, just paying attention and heavily involved in the movie … like really focused. But the second time that I heard him talk about her was probably when he went to L.A. and was really upset. Pac came into the room, he was like, ‘Jada gonna contact me and tell me, ‘Do not do nothing to Will Smith!” the man, who used to be mentored by Tupac, shared on camera.

That’s right! According to Napoleon, Jada begged Tupac not to fight her husband to be!

Hearing this, some fans took to their platforms to comment on how Jada always seems to be ’embarrassing Will these days.

‘Jada be doing too damn much,’ one said while another argued: ‘She got more feelings for a deceased man than her own living husband.’