Zendaya Steals The Show In Beyonce's Iconic 2003 Dress At The BET Awards! - yuetu.info 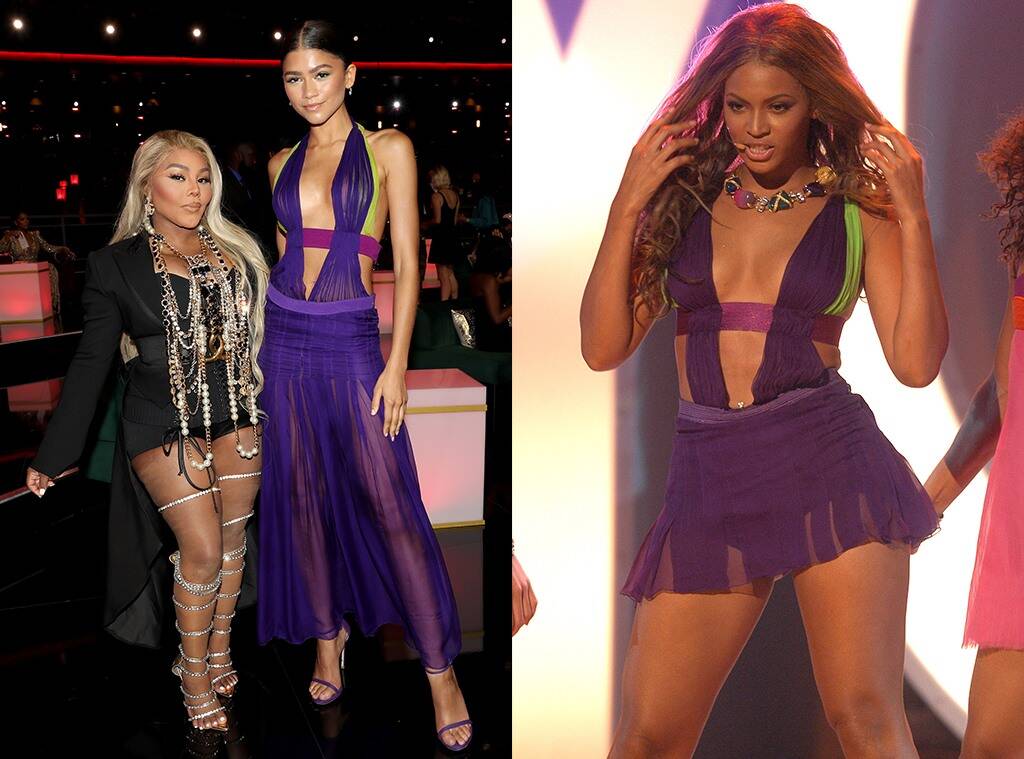 While on the BET Awards red carpet, Zendaya looked as stunning as ever, but fans were even more impressed than most of the time due to the fact that she rocked a dress very similar to one Beyonce also wore many years ago! That’s right! The talented actress paid homage to Queen Bey and grabbed all the attention at the awards show!

Zendaya proved she’s the queen of red carpets once again since she showed up in such an eye-catching ensemble.

The Euphoria actress showed up at the event in a dress that was almost an exact replica of Beyonce’s iconic dress she wore at the same event back in 2003!

It was a gorgeous purple Versace mini-dress with dramatic cutouts and a line green strap to one side.

The 2003 show was also when Beyonce made her debut as a solo artist after her career in Destiny’s Child, which might be one of the main reasons her look at the time became so iconic.

In it, she performed Crazy in Love for the very first time at the side of her husband, rapper Jay Z.

As mentioned before, however, Zendaya’s dress was ALMOST identical to Beyonce’s!

The young actress made sure to still make the look her own at the end of the day.

With that being said, she wore a long version of Beyonce’s mini dress.

Zendaya also made the look complete by wearing matching strappy sandal heels, a pair of dainty drop earrings and by styling her hair in a slick ponytail.

Her stylist, Law Roach, took to Instagram to celebrate Zendaya’s red carpet moment, writing alongside a short video of Zendaya: ‘Paying homage to the Queen Beyoncé wearing @versace SS2003…..get you a stylist with a ARCHIVE!!!!’

What do you think of Zandaya’s look at the BET Awards? Do you prefer her or Beyonce’s version?