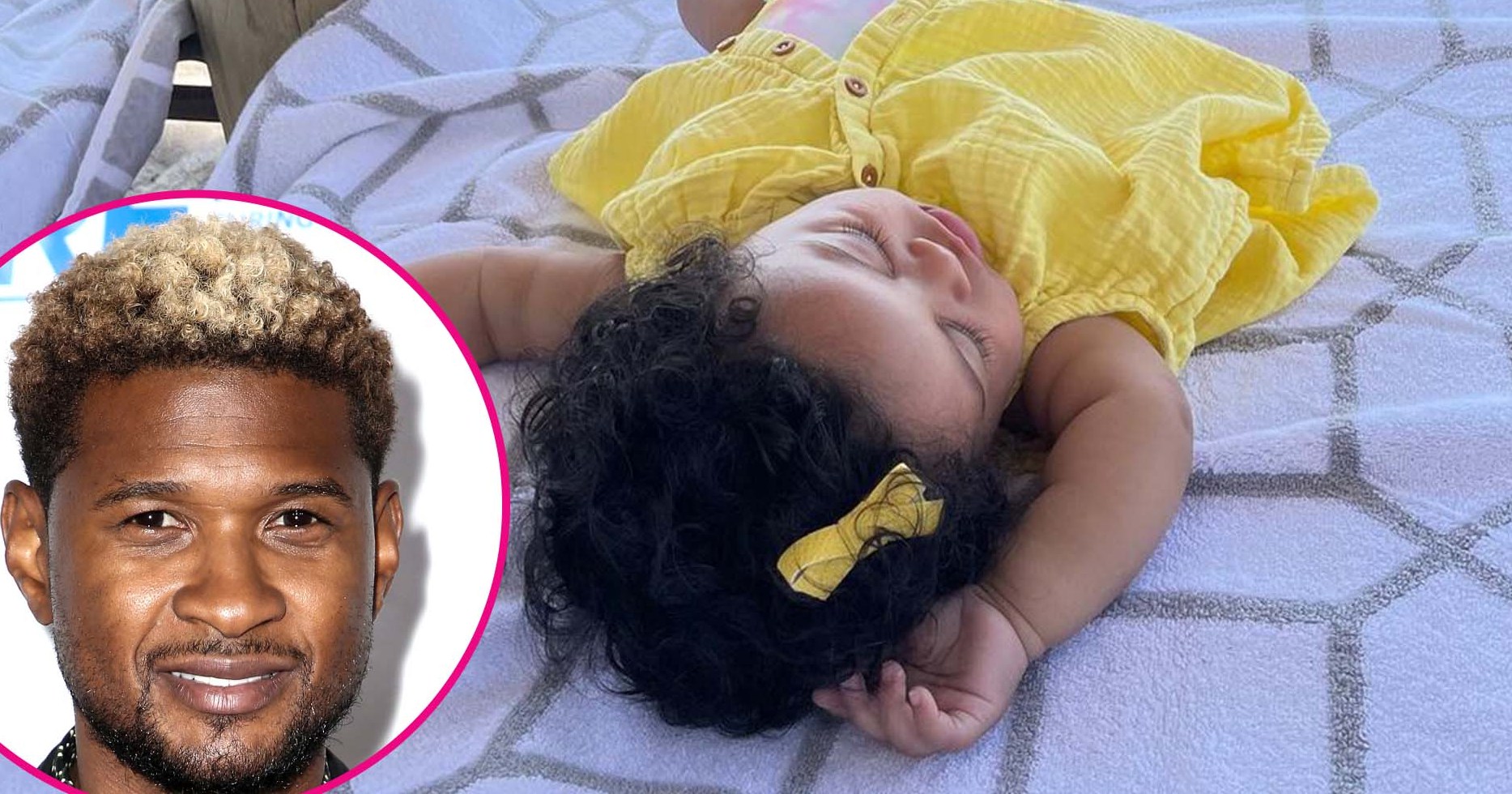 While Usher and his current partner, Jenn Goicoechea, are expecting a new child in their lives, the man took to social media to share a pic of his baby daughter, Sovereign Bo, since she is so close to becoming a big sister! That’s right! Usher posted a rare snap of his third and youngest (for now) child, much to the excitement of his followers.

Little Sovereign is only 8 months old, born to Usher and Jenn Goicoechea in September of last year but she’s already close to becoming an older sibling!

Furthermore, fans got to see how much she’s grown during these months since they were able to see her as a newborn as well.

It’s safe to say that Sovereign Bo is on her way to becoming the cutest toddler in the world!

In the snap he posted, the baby was wearing a watermelon-print bib and was staring at her father with a bright and loving smile, melting everyone’s hearts, especially Usher’s, of course.

Alongside the image, the singer wrote: ‘Caption this.’

As mentioned before, this comes not too long after the news that Usher and Jenn are going to have a second baby together, making it to a total of 4 for the man who also has two other kids with his former wife Tameka Foster – 13 year old Usher Raymond V and Naviyd Ely Raymond, 12.

Fans got to meet Sovereign for the first time on TV in November of last year when Usher showed up virtually on the Ellen DeGeneres Show and announced that she was early.

‘She was actually scheduled to be a Scorpio but she decided she had a different plan. Libras, you know, they kind of have their minds made up on what they wanna do.’

Ellen noted that the baby did not even look real and resembled a ‘porcelain doll.’

At this, the singer joked that ‘You believe that until you have to change her diaper!’