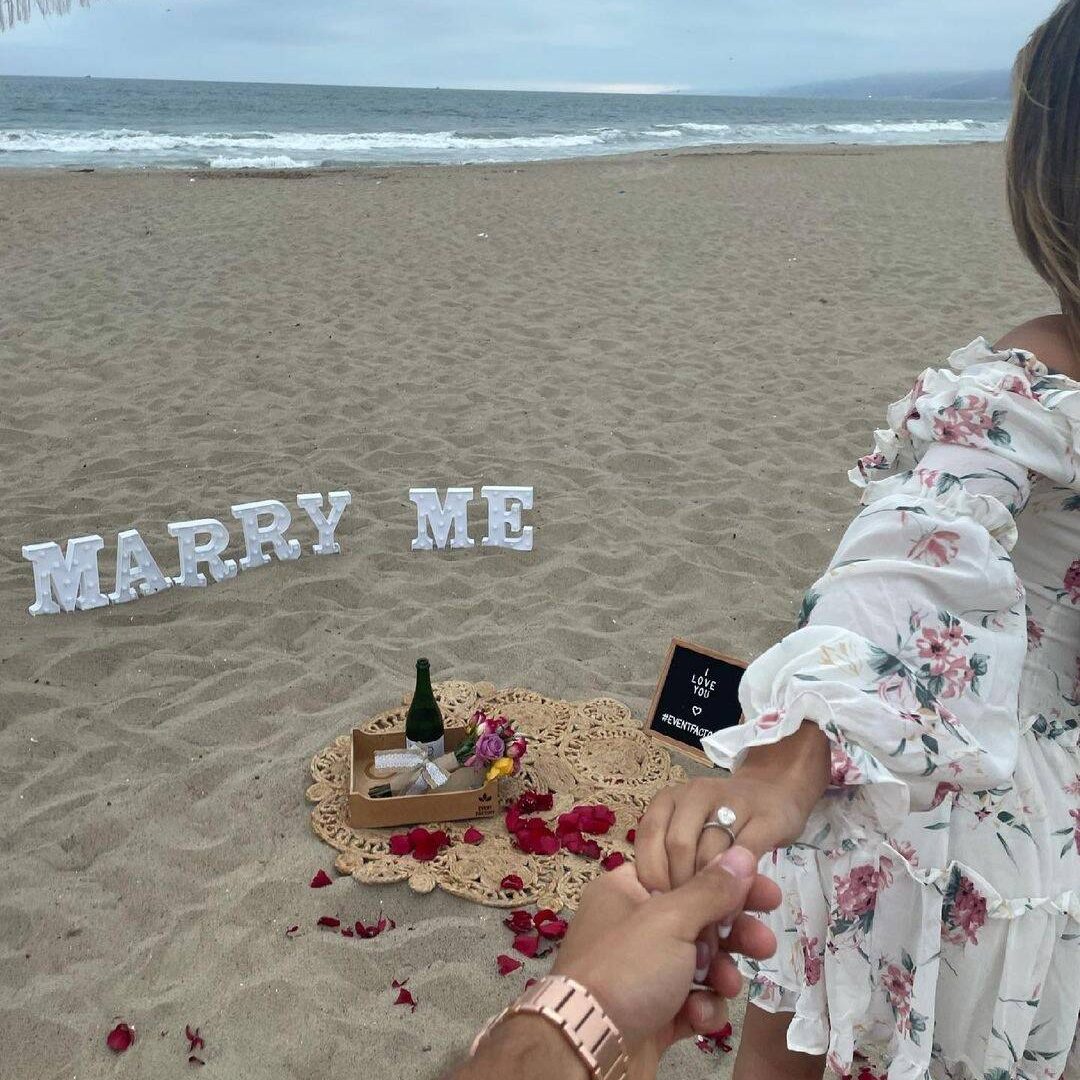 Ronnie Ortiz-Magro is engaged! The Jersey Shore star popped the big question to his current girlfriend, Saffire Matos, this weekend and she said yes! Keep reading to find out how he surprised her and more about the romantic moment!

According to an insider report, the reality TV star proposed to Saffire during a beach picnic on June 19 while some of his loved ones were also there to witness the proposal!

The source tells E! News that ‘[His 3 year old daughter with ex Jen Harley] Ariana, Ron’s mom and step dad were there for the engagement at the Los Angeles beach on Saturday. Ron’s been working hard on his mental health and he has finished his program at a health and wellness center that he was spending time at. Saffire’s been very supportive of his recovery and she is looking forward to this next chapter of their journey.’

Thais Campano of Event Factory also shared with E! News that they were hired to organize the proposal, dishing that ‘It was a surprise and he was really involved in the details! He got the proposal package, which is a romantic theme with a boho style, red rose petals on the sand and marry me letters…They had sushi from a private chef as well as non-alcoholic champagne. He hired a videographer to get the whole experience and he popped the big question during the romantic photoshoot.’

Following the proposal and picnic with the fam, they all went on to celebrate the engagement at Disneyland since it was also Father’s Day!

Sure enough, Ronnie took to his platform to share that he was at ‘Disneyland with [his] princess!’

Ronnie and Saffire have been together since last fall and despite some ups and downs, they seem to be doing pretty well, especially now that Ronnie has received the psychological help he needed.