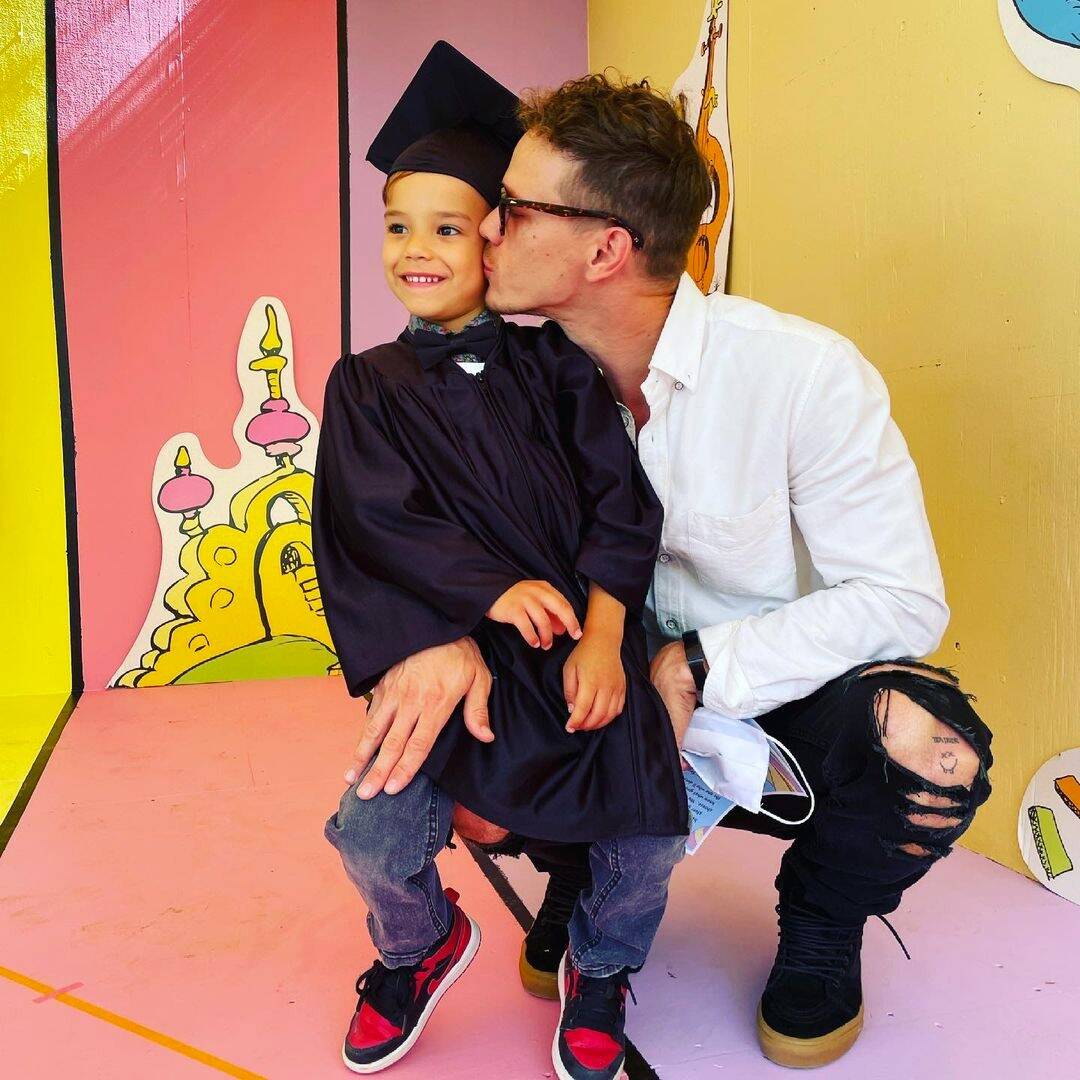 The late actress’ former husband and father of her child, took to social media to mark the boy’s pre-kindergarten graduation, sharing the cutest pic of him in a tiny graduation robe and cap! As you might know, the boy is named Josey and is 5 years old.

Naya Rivera passed away in a tragic swimming accident but life goes on without her for her 5 year old son, Josey, and her ex, Ryan Dorsey.

That being said, the man shared a super cute snap that showed the father and son posing for the camera at his graduation from pre-kindergarten!

As mentioned before, the boy, who seems to be growing up super fast, was dressed in the traditional robe and wearing the matching cap for this first education milestone in his life.

Alongside the pic, his dad wrote: ‘Fresh outta Pre-K boy! Next Up Kindergarten! #summertime #proudDad.’

The image shows Ryan crouching down to his level and kissing the boy, who was sat on a chair at the time, flashing a massive smile to the camera.

Josey has been living with his dad for nearly a full year after the terrible tragedy that ended with his mom, Glee actress Naya Rivera, drowning in California’s Lake Piru at the age of only 33 during a boating trip alongside the little boy.

Thankfully, at least Josey was safe and was found hours later all alone on the boat.

The proud father shares pics of Josey on his IG account quite often.

Even earlier this week, the actor posted a selfie that featured the two of them having fun together on a pool float.

Furthermore, back in May, Ryan marked the first Mother’s Day without Naya by paying tribute to her and sharing another never before seen pic, this time of her with their son.

‘We can’t say the word happy but we’ll say thank you for being a mother and giving me this sweet amazing boy,’ he wrote.