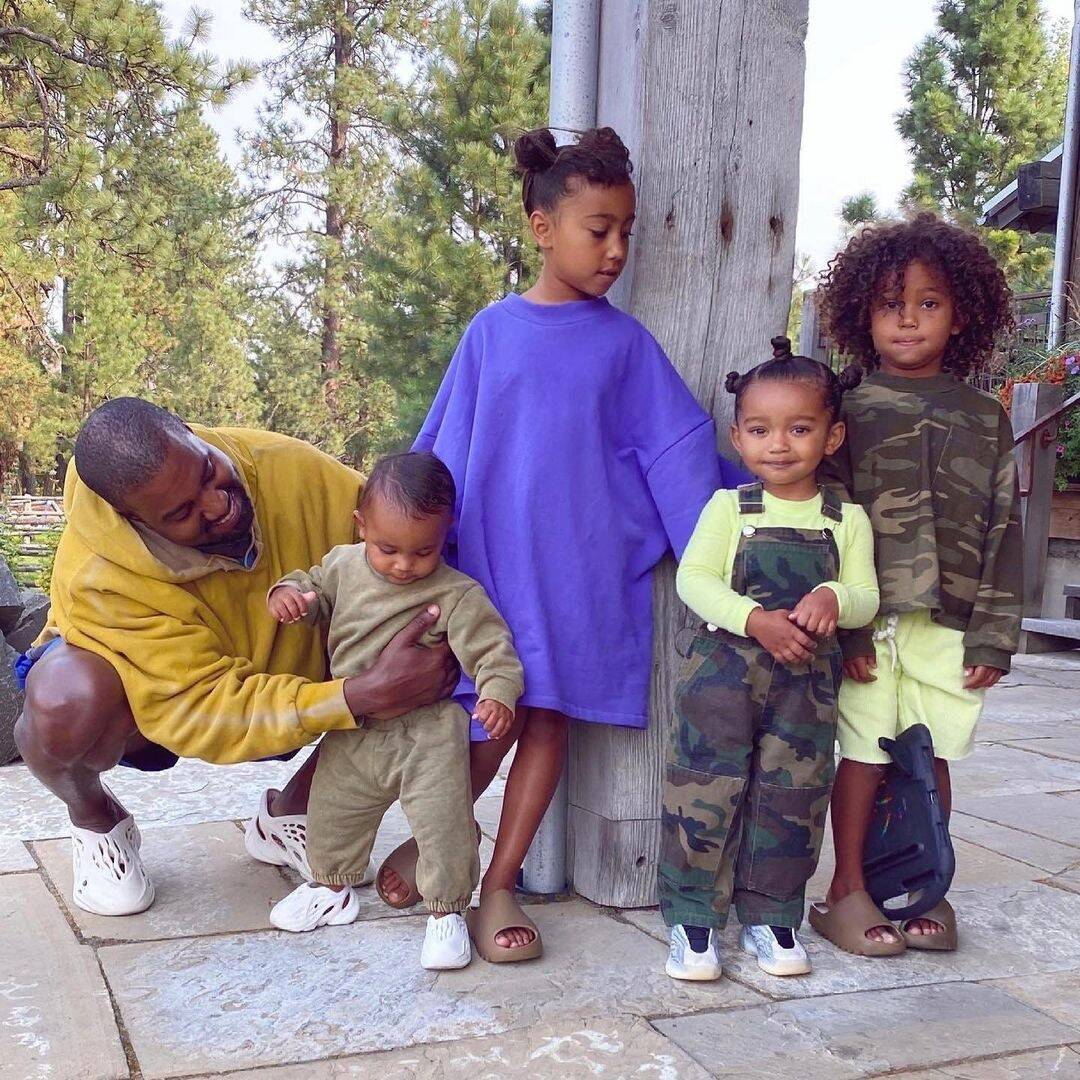 Kim Kardashian and Kanye West may no longer be a couple but since they have four kids together, they will always be in each other’s lives. With that being said, on the first Father’s Day since Kim filed for divorce, she honored all the dads she knows, including the rapper!

The reality TV star shared a couple of throwback pics on her IG account, the first one showing her late father, Robert Kardashian posing for the camera with Kim and her sister Kourtney, while the second was an image of Kanye with all of their four kids.

Alongside these snaps, she wrote in the caption: ‘Happy Father’s Day to all of the amazing dads in our lives! Love you unconditionally!!!’

As for the other fathers she also had pics of in her post, they were: Caitlyn Jenner, Scott Disick, Tristan Thompson and Travis Scott!

As fans are aware, Kim filed for divorce from Kanye in February after six years of marriage.

The news came only months after sharing a post in which she was gushing over how ‘lucky’ she was to had found him.

But Father’s Day was not the first time post-divorce filing that Kim paid tribute to her ex-husband publicly.

She also honored him on his 44th birthday by sharing yet another photo of him and the young ones they share.

‘Happy Birthday. Love U for Life!’ she declared in the caption.

On previous Father’s Day celebrations, Kim would honor her late father and Kanye with separate posts on her platform.

In the meantime, Kim has been linked to a couple of potential new men, including Maluma, while Kanye is also rumored to be dating model Irina Shayk!

About this, one source told E! News that ‘Kim has heard the rumors about Kanye and Irina Shayk and she doesn’t mind at all. If it doesn’t impact her kids, then she doesn’t mind if he dates.’