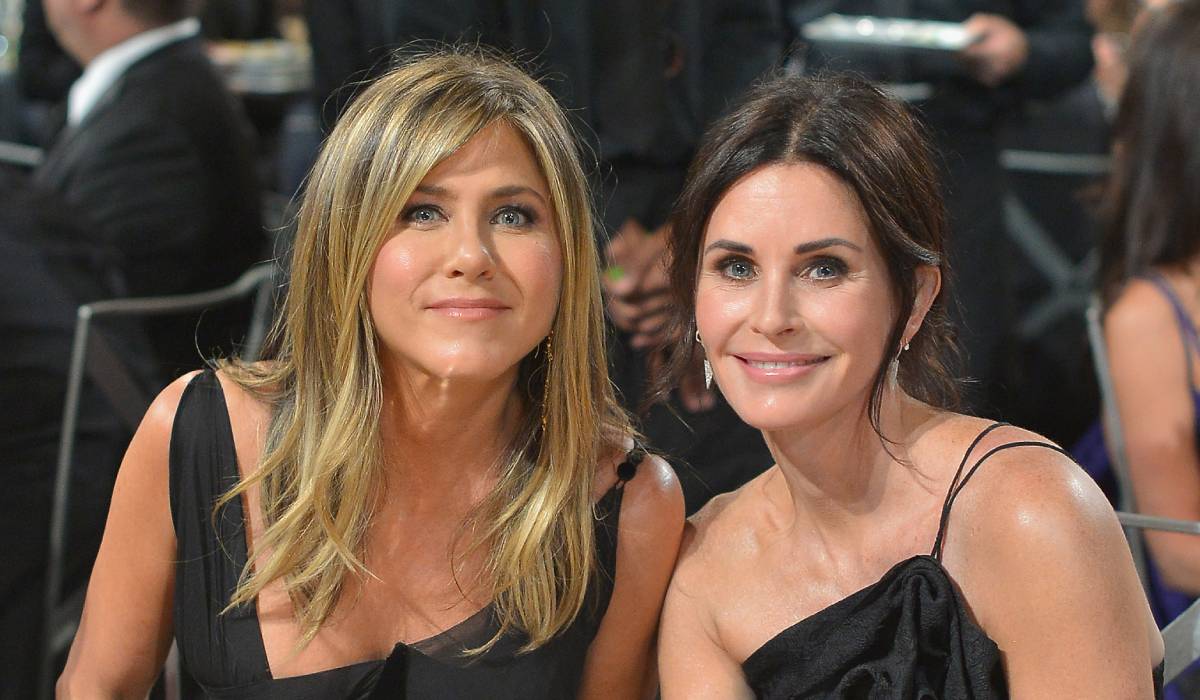 On Courteney Cox‘s birthday, her close friend and former co-star took to social media to pay tribute to her with a sweet post! Check out what Jennifer Aniston had to say on her pal’s 57th birthday!

As usual, Jennifer Aniston went all the way just to wish her longtime friend a happy birthday, proving that they are still just as close as ever!

The special tribute she posted over on her IG account was super adorable and fans loved to see it!

The first story she shared was a throwback clip of the two actresses walking outside of Stage 24 on the Warner Bros. Studio lot, where Friends was shot for a full decade, while holding hands!

In the background of the footage, 50 Cent’s ‘In Da Club’ could be heard.

Alongside the clip, Jennifer wrote: ‘Happy Birthday to this ridiculously special human @courteneycoxofficial. Time flies when you’re having fun!’

And that was not all! A second story was a much more recent snap of the BFFs and it also featured Courteney’s adorable pups, Hopper and Harley.

‘Who loves ya baby!’ Jen captioned this second post, stressing that the other actress is super loved by pretty much everyone!

As fans know, Jen and Courteney met for the first time on the set of Friends back in the ’90s and went on to play roommates and best friends, Rachel and Monica, for the following ten years!

After the show wrapped up in 2004, however, they remained friends and they have continued to be super close ever since.

In fact, Courteney even named Jennifer as her daughter, Coco’s godmother!

Speaking of, the teenager just turned 17 years old a couple of days ago and Jennifer paid tribute to her as well, posting a super cute old pic of the two of them on her IG Stories!