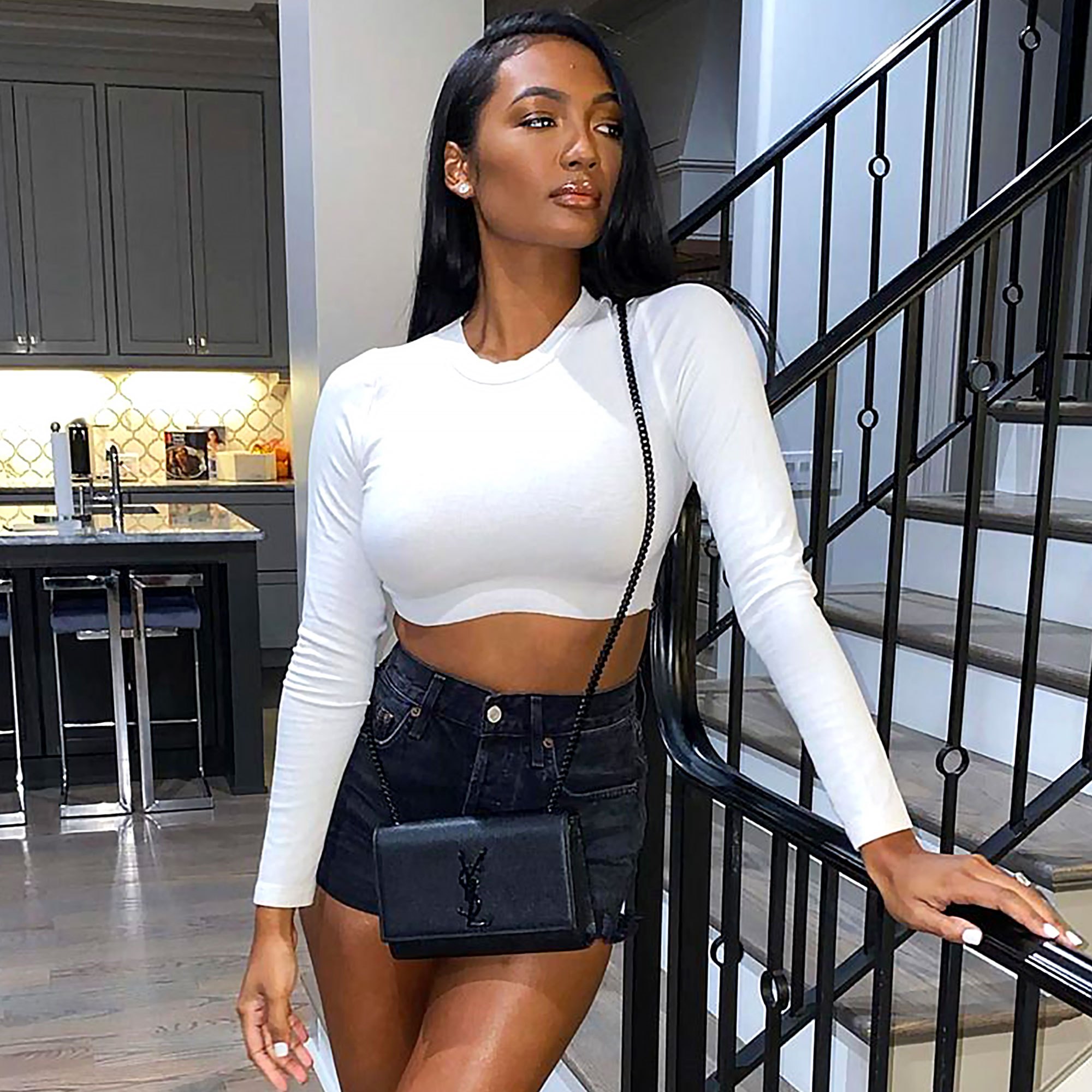 Fans of Real Housewives of Atlanta were shocked when they learned about Porsha Williams dating Simon Guobadia. After all, he used to be the husband of another cast member – Falynn Guobadia – and that is how he was first introduced on RHOA.

Now, Porsha and Simon are engaged after not even a month of dating and Falynn is opening up about her relationship with her estranged husband and more!

Even though Falynn was on RHOA for a brief period of time, she’s once again in the spotlight amongst fans of the reality TV show because of her ex’s engagement with Porsha Williams.

The viewers have been waiting to hear her side of the story and here it is!

During an interview with Adam Newell, the celeb shared that ‘Where I noticed it [her relationship with Simon] started changing, was after we started filming the show. I do not think it was the show’s fault. We were not even on there like that so that the show could be the ruin of our marriage. But it seems like other things were going on that I did not necessarily know about.’

While many thought she would react negatively to learning about Porsha and Simon’s engagement, she insisted that she doesn’t blame the RHOA star.

Falynn learned about Porsha and Simon’s romance being taken to the next level just like everyone else out there – from social media!

Apparently, she could not believe it at first but the reports about it just kept spreading and spreading and soon enough, she had no choice but to accept the reality.