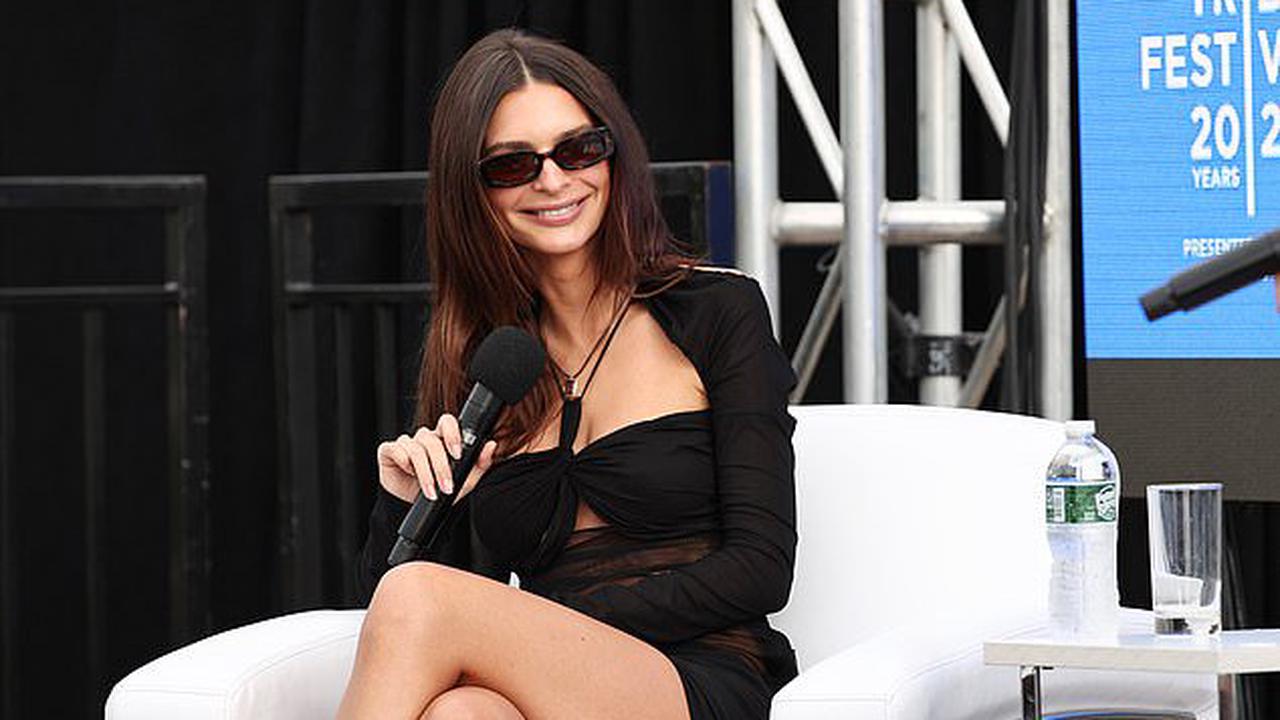 While at the Tribeca Film Festival, Emily Ratajkowski looked absolutely stunning even though she gave birth only about 3 months ago! The model was wearing a sheer black dress which put quite a bit of skin on display!

That being said, if fans hadn’t known better, they would never have guessed that Emily is a new mom!

Emily Ratajkowski was at the event to co-host a so-called ‘Storytellers QnA’ panel with comedian Amy Schumer and it’s safe to say that they did a great job, having just the perfect dynamic together.

The star recently celebrated her 30th birthday surrounded by her closest friends and family members in Turks and Caicos.

Furthermore, this came only three months after she welcomed her first child, a son she named Sylvester!

Well, there is no way anyone could tell even though Emily left very little to the imagination.

It’s safe to say that she is already back to her body from before the pregnancy as shown by the lingerie-inspired outfit that flashed her toned belly.

Speaking of motherhood, Emily previously opened up about her parenting strategy, saying that she is determined to keep her child away from as many gender roles as possible growing up.

It was in an essay for Vogue that she talked about this and more back in October of last year.

Obviously, Emily does not want her baby to feel like he has to conform to any gender expectation in particular.

Regardless of this, she still admitted that she was very curious to learn the gender before welcoming him and explained why she felt that way.

‘I like the idea of forcing as few gender stereotypes on my child as possible. But no matter how progressive I may hope to be, I understand the desire to know the gender of our fetus; it feels like the first real opportunity to glimpse who they might be,’ she told the magazine.